The run-up to the election is exposing dangers of chaos and renewed political rallies and disruptions - aimed at the military's attempt to retain power. (File photo)

More signs of political unrest have emerged in the run-up to the Feb 24 general election, with pundits now anticipating further political disruptions after the poll.

One key factor is the growing belief that the National Council for Peace and Order (NCPO) will attempt to keep its grip on power, they told Bangkok Post when asked to predict and assess the political situation after the election.

This has been heavily commented on since the 2016 constitutional referendum, which won the overwhelming support of the public and justified the charter-drafting body's move to write a provisional clause requiring that 250 senators must be picked by the NCPO. This is seen as the body's first step to secure power after the election, they said.

A number of controversial conditions were then added to the provisional clause. 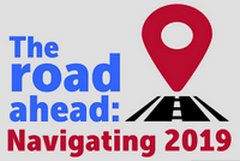 One of these says the Senate is authorised to vote to choose the next prime minister, while another grants it the power to direct the new government to follow the military regime's national strategies and reform guidelines, critics said.

That means the pro-regime camp will likely require 376 parliamentary seats to support its bid to choose the prime minister. However, it has since moved to establish the pro-regime Palang Pracharath Party (PPRP) to help advance its cause.

Four cabinet ministers later joined the party as executives, while Prime Minister Prayut Chan-o-cha's name figured prominently in discussions of which candidate the party would pick to run on its ticket for a democratically elected premier.

They said these developments benefit the PPRP by helping it to attract more former MPs. However, the PPRP's fledgling success has sown division among various parties. They are now divided into two camps: pro-regime and pro-democracy.

The camps are now embroiled in a political game as they try to figure out how to win the election and what to do afterwards.

No matter which side wins, the other side is determined to lodge a series of complaints against it and may even reject the election results altogether, they noted.

As a result, the Election Commission (EC) will be dragged into the conflict and possibly made a scapegoat, pundits say.

After Gen Prayut, as chief of the NCPO, sacked former election commissioner Somchai Srisutthiyakorn using his special authority under Section 44 of the interim constitution, citing "inappropriate behaviour" after Mr Somchai's comments on the coming election, current EC members were elected to replace the old group.

Gen Prayut's interference in the EC earned the new group of election commissioners a negative reputation from the get-go.

The EC tried later to prove its independence to the public with its selection of election inspectors, which put to bed speculation that the NCPO would want to fill its ranks with its own people.

But while the furore over the NCPO's speculated influence on the panel of election inspectors is fading, public distrust in the EC remains, they said.

As soon as the new commission started out by redrawing election constituencies, some parties began complaining about the work, saying it would be unfair for them even before the EC finalised the re-mapping.

But when the EC announced the redrawn constituencies, there were no drastic changes as some had feared.

Meanwhile, the EC failed to properly explain why some constituencies were deemed problematic.

What is noteworthy is that they were all located in areas where the Sam Mitr (Three Allies) group, which served as the PPRP's recruiting arm before the two teamed up last month, had courted a number of former MPs to defect with it, they said.

This was followed by controversy surrounding the new format of the election ballots.

Gen Prayut's remark at a meeting between the NCPO and the EC that the ballot didn't necessarily need to contain the names and logos of parties sparked rumours that the prime minister had instructed the EC to make the ballot just as he wanted it.

But in the end, the EC listened and responded to what parties, especially the smaller and less established ones, were calling for. It decided the ballot would contain the numbers, names and logos of all the parties.

Most recently, the EC has courted controversy by issuing a new set of guidelines for parties hitting the campaign trail that dictates what they can and cannot show on their promotional posters.

The exact message from the EC regarding the campaign posters was that the people featured on them must be related to senior party officials, for example, the party leader or candidates gunning for the premier's position, they said.

Critics of the EC's guidelines believe the agency intends to stop political parties from using a photograph of Thaksin and Yingluck to curry favour among voters.

Given these past controversies, pundits say the EC is likely to encounter more turbulence before the Feb 24 poll rolls around.

These episodes could also be cited as reasons to reject the election results by some parties.

A network of organisations has been formed to support the goals of those political parties that oppose the NCPO. The network has made it clear it has little respect for the election regulations handed down by the NCPO.

It has also made a bold challenge against the charter referendum, claiming the results lacked legitimacy because the number of people who voted in favour of the charter did not amount to one-third of those eligible to vote in the previous referendum.

The same network has thrown its support behind the campaign promises being made by several parties to tear up the constitution after the poll, which naturally upsets the pro-government side as they see the charter as one of the regime's accomplishments. Parties that are chasing this goal all have the word "Pheu" in their names.