Likely to announce date by Jan 25

The Election Commission is leaning towards making an announcement next Friday that the election will be on March 10.

The Election Commission (EC) is highly likely to select March 10 as the election date as it has agreed that the 150-day deadline for the general election to be completed as set by the charter should include the poll results endorsement.

Under the constitution, the general election must be completed within 150 days of the organic law governing the election of MPs taking effect on Dec 11, or by May 9.

Still, the charter's use of the term "to be completed" is problematic, as it is not clear if this refers to the vote itself or the endorsement of the results. Even the government's legal experts seem unable to answer this clearly.

Some members of the now-defunct Constitution Drafting Committee said the term "completed" stipulated in the charter should not include the endorsement of poll results but just the voting process.

But EC secretary-general Jarungvith Phumma said Wednesday that while the election date has yet to be set, the poll commissioners had agreed that the completion of the election process mentioned in the charter must include the poll results endorsement. This is the first time the EC has spelt out its stance on the issue. 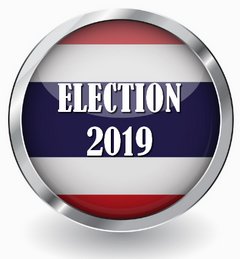 Pol Col Jarungvith said that to prevent possible charter violations, the EC plans to hold both the election and announce the results within the 150-day time frame, or by May 9.

According to political observers, if the EC interprets that the 150-day deadline does include poll results endorsement, the election date is likely to be set for March 10.

By law, the EC would be obligated to endorse the results within 60 days after the election date.

In Thailand, elections are always held on a Sunday. Counting back from May 9 for 60 days, March 10 emerges as the election date, which is a "safe" date for the poll. The poll results could be endorsed by May 9. This would comply with the time frame set under the constitution.

The EC can hold the election sooner than March 10, such as on Sunday March 3, but if it selects this day, the deadline for its poll results announcement will fall in the next 60 days or by May 2 which will be too close to His Majesty the King's coronation ceremony which will be held during May 4-6.

As a result, the most appropriate date of election based on the latest EC thinking is March 10, said observers.

Pol Col Jarungvith said while the EC is authorised to set the poll date, the government is responsible for announcing the election. The EC is required to set the date within five days of the decree being published in the Royal Gazette.

A source at the EC said that considering the EC will need around 45 days to prepare the election, it should announce the election date by Jan 25 if it wants the election to be held on March 10.

EC legal officials and those responsible for managing the elections have agreed with former commissioner Somchai Srisutthiyakorn that the announcement should be included in the 150-day time frame, said the source.

It is "a safety net'' for the EC as it does not have to worry whether the poll might be nullified later. If the polls are nullified by the Constitution Court, the EC could be held responsible and told to absorb election expenses estimated to be around 5 billion baht.

Jade Donavanik, chairman of the Faculty of Law College of Asian Scholars,  suggested the EC seek a ruling from the court on the 150-day time frame in the event the royal decree announcing the election is not yet published in the Royal Gazette. He said that asking the court for a clarification over the matter would be appropriate.

Deputy Prime Minister Prawit Wongsuwon said the general election will take place within the 150-day time frame but did not specify if the period covers the endorsement process. He said the royal decree calling the election is expected to be published soon.

HONG KONG: Hong Kong's pro-democracy Apple Daily newspaper hit the stands Friday a day after police raided its newsroom, with an extra-large print run and a characteristic message of defiance emblazoned on its front that read: "We must press on".

Spotlight on Thamanat at PPRP assembly