Four major political parties have vowed to combat social inequality and boost income distribution if given the chance to run the country after the March 24 election.

They voiced their visions on the topic, 'Thailand's post-election outlook' at the Bangkok Post Forum, held at the Centara Grand at CentralWorld yesterday to mark the 16th anniversary of its Post Today newspaper. 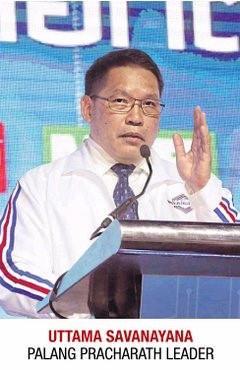 The party will increase the number of state welfare card-holders by two or three million people from the current 14.5 million by focusing on those who may have been left out previously, as well as the elderly.

Based on the "Pracha Rath" economic scheme of the current military regime, efforts will also be made to boost people's capabilities to create equal opportunities. Technology will be used in its fullest capacity to ensure fair income distribution.

Regarding Pracha Rath social policies, people will be supported so they can live in peace and have their resolve strengthened.

If the PPRP leads the new government, it will also launch a three-year debt moratorium scheme for village fund debtors.

The party has also promised to pay attention to economic restructuring by focusing on new target industries, cities, and human resources.

In the upcoming election, it rests with people to decide whether they want direction in fixing problems they are faced with without leaving them for the next generation to face.

The PPRP will certainly press ahead with the regime's flagship Eastern Economic Corridor high-tech investment hub since it would be a starting point for change in the country, and it is an investment for the future.

New cities will be promoted with the participation of the public. Efforts will also be made to create Isan 4.0 and Lanna 4.0 zones by highlighting outstanding strengths of each area.

Incentives will be offered for investors, including privileges offered by the Board of Investment.

The PPRP is ready to work with other parties as long as they share the same ideologies and if they are those that the people want to see in a governing coalition. 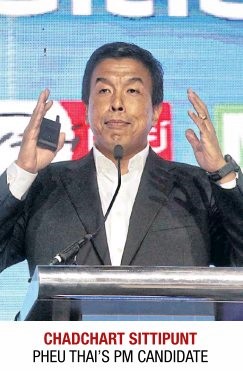 More money flows out of the country than comes in. Household debt has climbed to 17% of GDP, while non-performing loans are rising among small and medium-sized enterprises (SMEs) and have increased more than 40% in the farming sector.

Wealthy people enjoy prosperity, while the poor are becoming poorer.

It is estimated that by 2022, public debt will reach almost 50% of GDP. Efforts must be made to boost people's income. Pheu Thai's vision is to ensure well-being, quality of life and equal opportunities.

Thailand must have its own product brands and avoid serving only as original equipment manufacturers.

Technology must be utilised to boost production competitiveness and spur income. The key is to ensure decentralisation of power and equal opportunities.

Efforts must also be made to support the export of Thai products to Asean and the rest of the world. Thailand must also engage in more trade talks.

Meanwhile, corruption must be eradicated and the environment restored for Thailand's sustainability.

The Eastern Economic Corridor scheme must be reviewed since it differs from the Eastern Seaboard development programme.

Digital businesses can be located anywhere while the medical hub should be near Bangkok.

The high-speed train project must also be revised.

It will be difficult to form a coalition with parties that supported the coup. 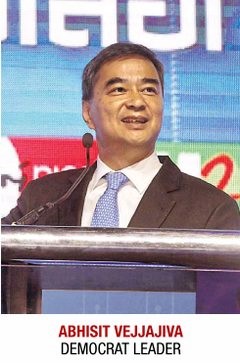 Trade talks must be held with China in the framework of Asean, not bilateral negotiations. As Thailand is still bogged down in the middle-income trap, efforts must be made to boost the country's income.

Social inequality prevails across the region and attempts must be made to reform the tax system, tackle trade monopolies and amend laws.

An example is the duty-free monopoly business, which has an advantage over retail businesses and, as such, changes must be made.

Laws which obstruct technological development and hinder the country's competitiveness must be reformed.

Meanwhile, welfare benefits for the people will also be increased in several areas while the party's farmer-revenue guarantee scheme will be resumed.

Still, frankly speaking, the tax system needs to be reformed and become more progressive to tackle the inequality problem. The 10-plus years of political impasse have undermined people's trust in politics and efforts must be made to tackle graft.

The past two military coups were triggered by corruption, which led to pain and damage for the country.

Thailand must therefore move ahead on the democratic pathway without making any U-turns.

Mega-transport projects must take into account regional links. Not only should high-speed train projects be supported, but double-track railways or motorways must also be backed.

The Democrats agree with the broad picture of the regime's Eastern Economic Corridor project as the Eastern Seaboard scheme needs to be expanded, though its economic viability must be assessed thoroughly.

The Democrats will serve as a core party in forming a government though other parties need to be asked whether they are ready to participate in a liberal democracy. 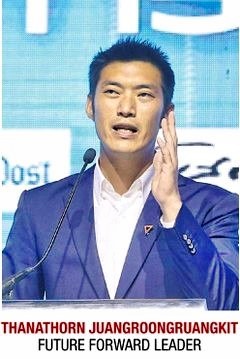 The Future Forward Party has visions of equality and making Thailand catch up with the rest of the world.

All parties have pitched similar policies but the country has not been able to move ahead because over the past 12 years, Thailand has had seven prime ministers, five constitutions and two coups with countless deaths in political demonstrations.

Since 1932, there have been 13 coups, which highlights a structural problem as there is no agreement as to whether absolute power should come from elections or by appointment. The circle of coups must end.

Thailand has also been plagued by an unfair structure, especially involving monopoly capitalists, which impedes SMEs.

Duty-free contracts must be revised.

The country also has centralised the power of bureaucrats, which is conducive to corruption, and military leaders who are against democracy. These structures must be reformed to unlock Thai people's potential.

In addition, the state budget must be revamped. How come the "investment budget" for education is less than the budget for road construction?

Annual budget structures have to be revamped to increase budget for people's welfare.

If the party leads the government, it will review the purchase of military tanks and the first 3.5km of the high-speed train project of the current regime.

Thailand has to shift to rail instead of roads and this must be put on the national agenda.

After the election, efforts must be made to end the cycle of coups. The party will not work with any party which supports the military regime regaining power.