Prime Minister Prayut Chan-o-cha has issued a statement saying all governments must abide by financial discipline and good governance. 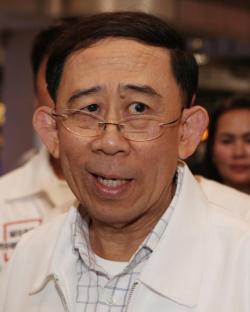 He was referring to parties' election campaigns that make promises which would require increased government income.

"In this election, no matter who becomes prime minister or which parties form the government, all must adhere to good governance, and that includes morality, transparency, inclusiveness, responsibility and worthiness," he said on Friday, adding that the new government must be able to clarify where the budget for its pledges will be found.

"The government must take care of people from all sectors comprehensively nationwide," he concluded.

Gen Prayut, the prime ministerial candidate for the Palang Pracharath Party (PPRP), issued the statement the day after the party unveiled new key policies with just over a week to go to the March 24 general election.

While appealing to some voters, its proposed minimum wage increase to 400-425 baht a day and 20,000 baht minimum salaries for graduates are among policies being heavily criticised by other parties and some online users.

Mingkwan Sangsuwan, leader of the New Economics Party (Setthakij Mai), and a former deputy prime minister in the dissolved People Power Party-led government in 2008, warned of consequences stemming from the wage hike.

"If that happens, we'll see a bowl of noodles costing 100 baht because inflation will go through the roof. We might end up like Venezuela. Please don't do it," he wrote on Facebook.

Many Facebook and Twitter users also shared stories about Venezuela following its economic collapse. They pointed to the failure of populist policies and financial mismanagement among other causes.

Supant Mongkolsuthree, chairman of the Federation of Thai Industries, said parties should not use a minimum wage hike as a campaign pledge as it equates to pushing the burden onto the private sector.

"They should instead aim to boost the economy. A good economy brings more revenue for companies and wage increases would naturally follow, which would, in turn, bring in more tax revenue," he said.

At a briefing in Bangkok on Thursday, the pro-regime party said if it formed a government, it would increase the minimum daily wage to 400-425 baht.

The basic wage was set at 300 baht a day nationwide by the Yingluck Shinawatra government in 2011, but after the 2014 military coup, it was changed to vary between 308 and 330 baht across seven groups of provinces.

The party also pledged to cut personal income tax rates by 10% in all brackets. Party leader Uttama Savanayana said people earning less than 200,000 baht a year would be tax-exempt, up from the current tax-free threshold of 150,000 baht a year.

For graduates, personal income tax will be waived for five years, he added.

Online vendors will be exempt from tax for two years while SME operators will have access to low-interest loans.

The former industry minister added that small retail business owners will receive a credit line of 1 million baht each to adopt new technology.

In the farming sector, the party promised to implement minimum prices for six crops including rice, hom mali rice, sugarcane, rubber, tapioca and palm oil, but did not say how this would be achieved.

"This will leave us with 1.24 trillion baht in additional funds a year to be used in other areas," he said.

Mr Uttama stressed all these policies had been carefully thought through.

"This is the overall picture of what our future looks like. Thailand can be rich under the Pracha Rat policy," he said.

He was referring to the government scheme which focuses on cooperation with the private sector to help the needy.