Activists protest the election results at the Election Commission office on Wednesday. (Photo by Varuth Hirunyatheb)

A majority of people say they are not happy with alleged fraud and unclear voting results in the March 24 election, according to the result of an opinion survey by the Suan Dusit Rajabhat University, or Suan Dusit Poll.

The poll was carried out on March 26-30 on 1,752 people to compile opinions about the March 24 election.

Asked for their chief concerns about the election, a majority -- 69.47% -- cited alleged fraudulent practices, lack of transparency and unclear voting-counting results; 28.88% were worried about the formation of a new government and election of the prime minister; 11.32% said they feared possible political unrest; 10.37% feared the election could be declared invalid, requiring a new election; and 4.26% were worried they might have made a mistake, causing their ballot paper to be declared invalid.

Asked whether they were happy or disappointed with the election, nearly half of the respondents , 48.74% --  said they were disappointed with the Election Commission for the lack of transparency regarding vote-counting and the delay in the announcements of the election results; 30.71% were indifferent about it, saying they accepted the voice of the majority and were not too concerned about who would be prime minister; and 20.55% said they were generally happy with the election results.

The opinion poll contrasted quite sharply with a Nida poll released the same day, which showed a majority of people were 'satisfied' with the election.

On the question of what the country would be like in the aftermath of the election, 40.07% said it would be the same as before, no matter who formed the next government since the country is still plagued with problems and the people divided; 31.85% said things could get worse as the new government would lack stability and not be able to implement important policies, thus causing further political conflicts; and 28.08% thought the country's situation would improve with an elected government in place, resulting in more confidence in the economy. 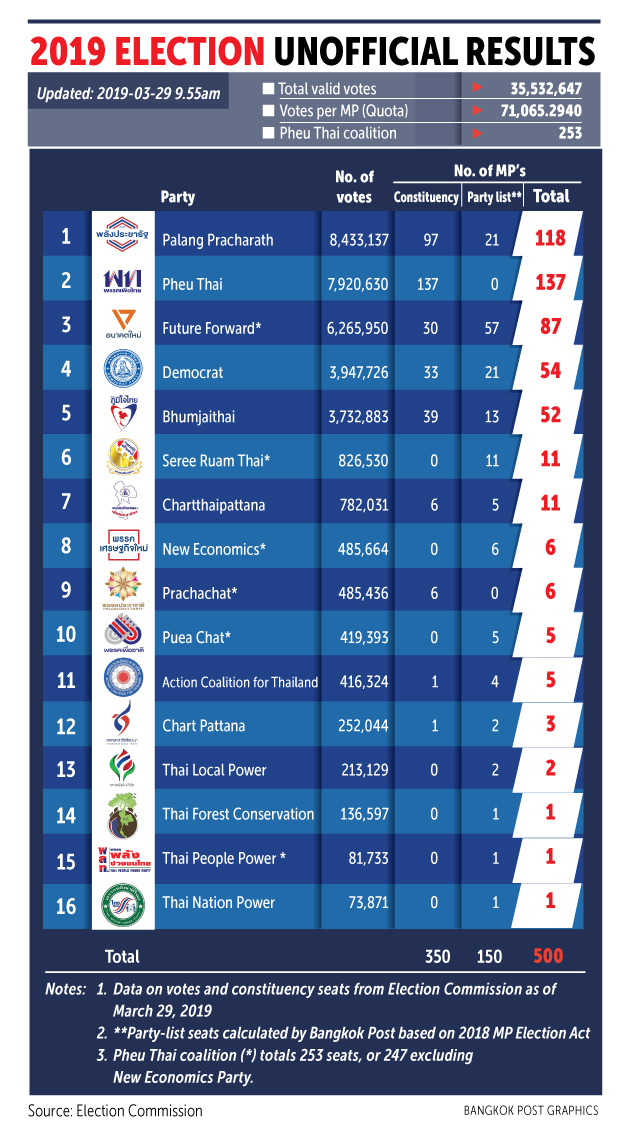