A re-election will be held in Chiang Mai's Constituency 8 after the Election Commission (EC) ruled on Tuesday it would disqualify the winning Pheu Thai Party candidate, Surapol Kietchaiyakorn, for violating the election law. 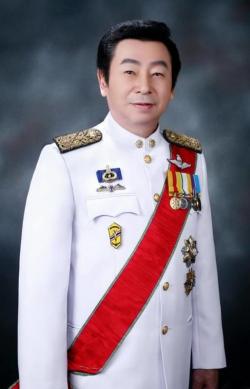 Mr Surapol, who won the election on March 24 with a comfortable margin of 52,165 votes, was found to have violated Section 73(2) of the law governing the elections of MPs.

This section prevents candidates from promising cash or other benefits, directly and indirectly, to communities, temples or schools.

Mr Surapol is the first winning candidate to be stripped of his seat. He is not allowed to run in the re-election because the EC's ruling, known as an orange card, bars him from contesting an election for one year.

According to the law, all of the other candidates will contest the re-election, the date of which has yet to be finalised.

Based on the vote count from the March 24 poll, Naret Thamrongthippayakul of the Palang Pracharath Party came second with 39,221 votes, followed by Srinual Boonlue of the Future Forward Party with 29,556 votes.

The EC also plans to submit the case to the Supreme Court as it seeks to bar Mr Surapol from politics for 10 years or life depending on the ruling.

Mr Surapol said yesterday he gave 2,000 baht in cash and a clock to Phra Khruba Sam of Wat Phra That Doi Chao for merit-making during the Thod Phapa, or robe-offering ceremony, at the temple in Chom Thong district on Feb 14.

He denied the gifts were aimed at canvassing votes and criticised the EC for jumping to conclusions. He said he petitioned the EC chairman seeking fair treatment as he believed he had been wrongly accused.

Pheu Thai's legal specialist Chusak Sirinil said yesterday there was nothing the party could do after Mr Surapol was disqualified because the EC's ruling is considered final.

Mr Chusak said the party has lost one seat and cannot field a fresh candidate to contest the re-election in Chiang Mai's Constituency 8.