KHON KAEN/BANGKOK: Pro-democracy activist Jatupat "Pai Dao Din" Boonpattarasaksa and five co-leaders of the People's Alliance for Democracy walked free on Friday as they were among some 30,000 inmates nationwide released by royal pardons marking the coronation of His Majesty the King.

Mr Jatupat was the first of 100 prisoners walking out of the Khon Kaen prison. About 1,000 supporters and his parents waited outside to welcome him. He was the focus of Thai and foreign media and well-wishers after being locked up for more than two years.

"Let me enjoy freedom first," the former Khon Kaen University student who graduated while in prison said when asked about his future plans. "I have to adjust myself to the new life first. After all, I had no freedom for a long while."

The former student activist showed his gratitude to the King for his royal pardons and promised to continue his fight for human rights.

His father Viboon and mother Prim could not hide their happiness upon seeing their son freed from jail.

"I'm happy to see him walk free once again," said Mr Viboon, who wore a T-shirt bearing the word "Freedom". "Our family has to make adjustments [after he was released]. Now let him rest first," he added. 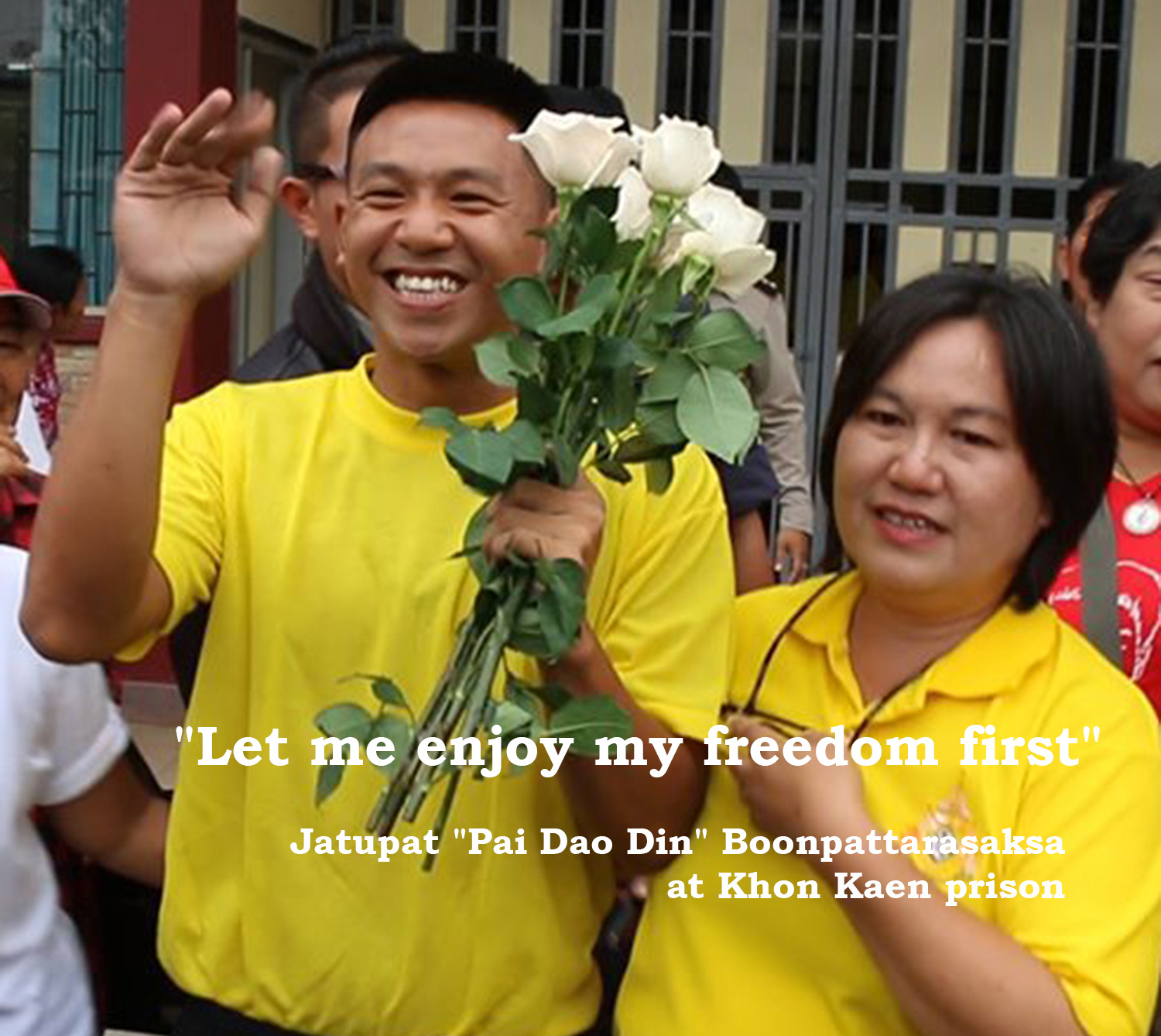 His mother Prim said justice would not prevail in society as long as authorities apply different standards to different groups of people.

The couple received the Gwangju Prize for Human Rights award on behalf of their son during his detention in 2017.

Mr Jatupat was imprisoned for two years and six months for lese majeste and violation of the Computer Crime Act by sharing a BBC Thai Facebook biography of the king in December 2016. He would have been freed on June 19 but His Majesty's royal pardons gave him the early release. 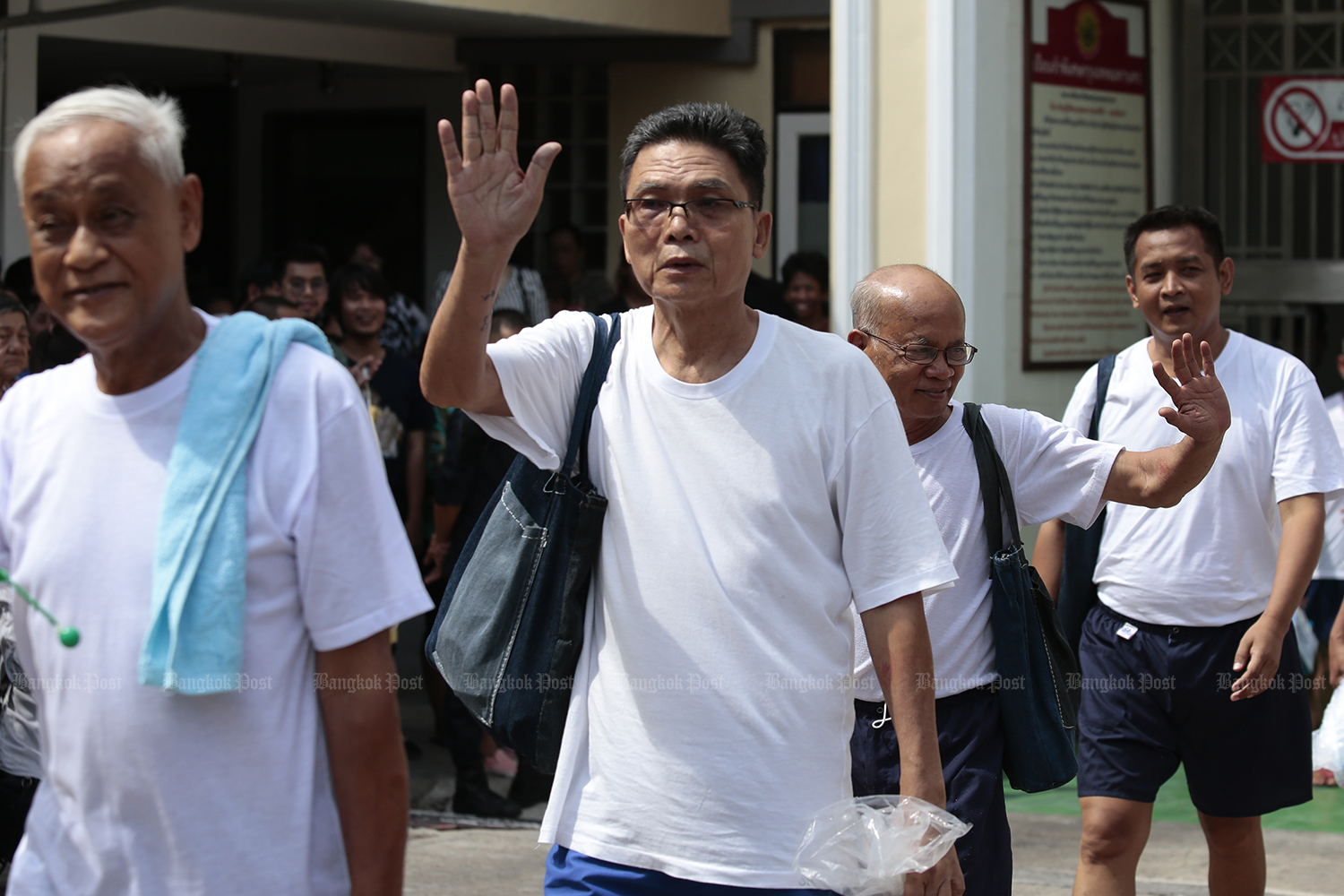 In Bangkok, four PAD leader -- Pibhop Dhongchai, Somkiat Pongpaibul, Somsak Kosaisuk, and Suriyasai Katasila -- walked out of the Bangkok Remand Prison to the cheers of more than 200 supporters. Another key leader Chamlong Srimuang was later freed from Corrections Department Hospital where he was treated for several illnesses.

All showed gratitude to the King to give them freedom and said all prisoners should receive a second chance to go on with their lives.

The PAD leaders stayed in prison for 87 days. The Supreme Court sentenced them in February to eight months in jail for breaking into Government House in 2008 during their protests against the then-Samak Sudaravej government.

"Those 87 days in jail gave me a chance to 'detox' my life," said Mr Suriyasai, adding he had opportunities to talk to red-shirt members who were also imprisoned and exchanged their experiences.