His Majesty the King delivers a speech to open Parliament at Vithes Samosorn Hall of the Foreign Ministry on Friday. (Post Today photo)

His Majesty the King, accompanied by Her Majesty the Queen, presided over the ceremony at Vithes Samosorn Hall at the Foreign Ministry to officially open Parliament after five years. 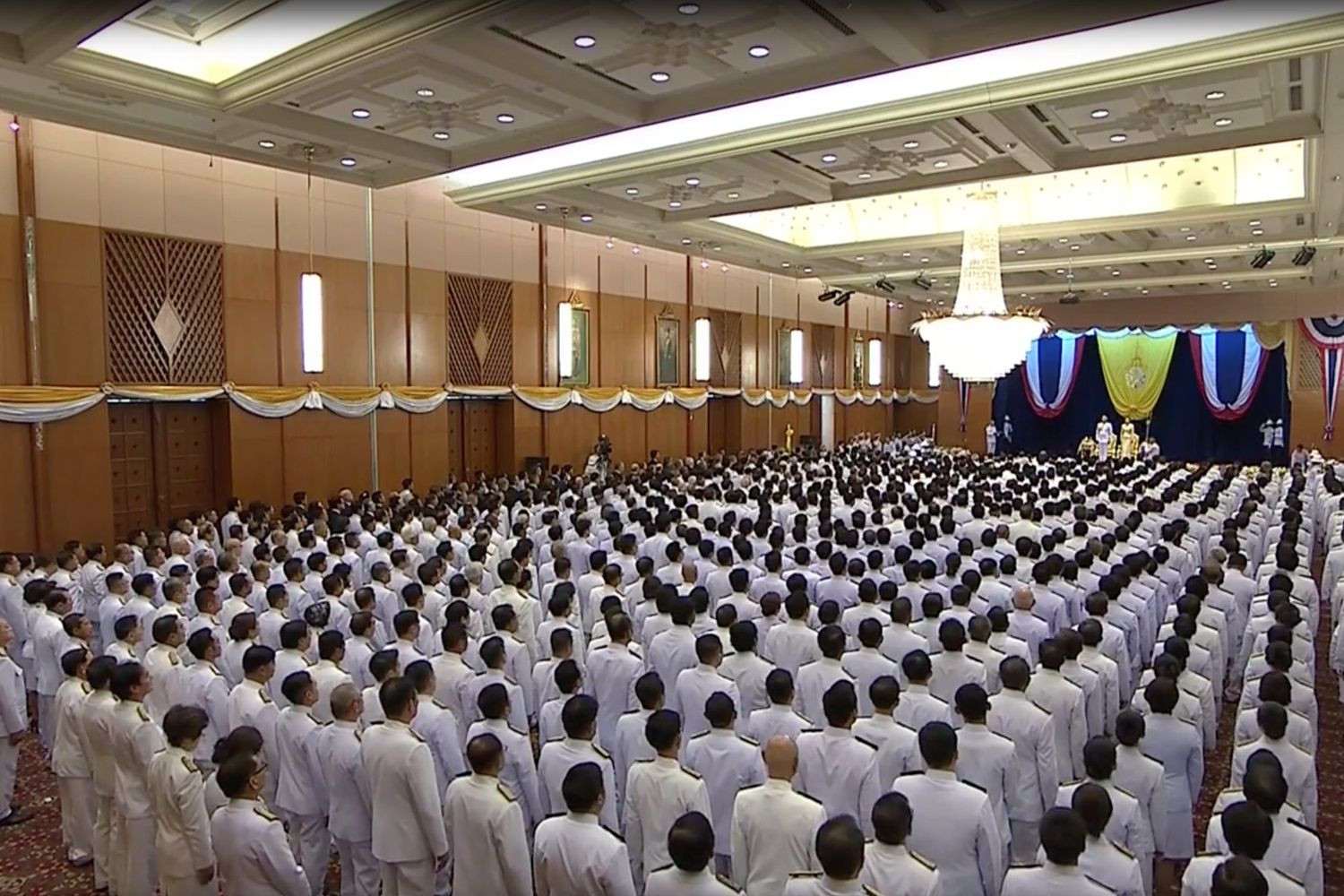 In his opening royal statement, the King called on all parliamentarians to perform the best of their duty with responsibility for the benefits of the public and the country in order to move Thailand forward.

Future Forward Party leader Thanathorn Juangroongruangkit also joined the opening of Parliament after the Constitutional Court voted on Thursday to suspend him from performing his MP duty after it accepted a case against him over possible disqualification involving his shareholding in V-Luck Media Co.

"I can confirm that I'm still an MP. Today was the ceremony, not a session for MPs to perform their duties," he said before attending the event. 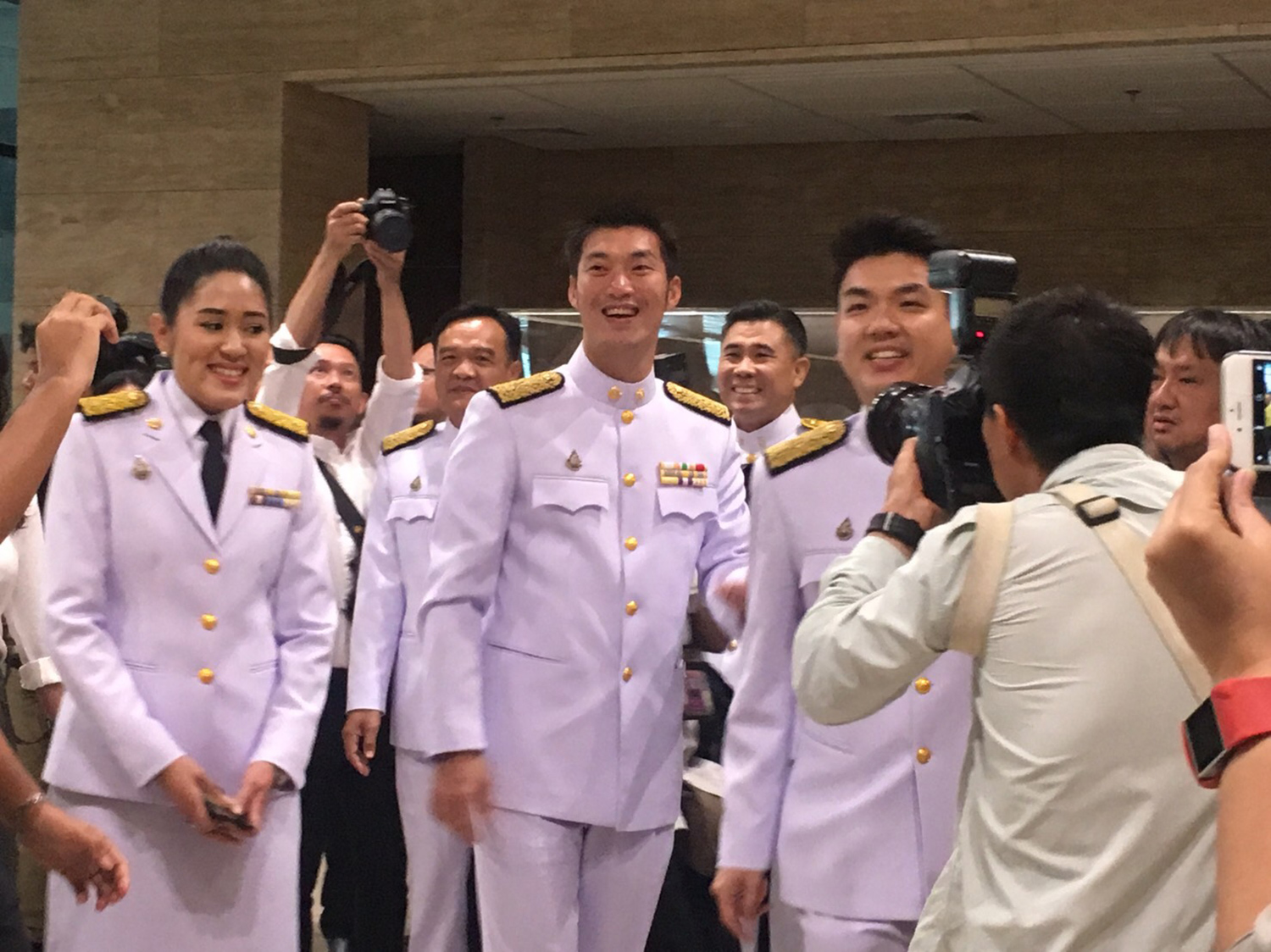 It remains unclear whether he will be allowed to attend the lower House's first meeting on Saturday.

"The acting House speaker [Chai Chidchob] will decide whether I will be allowed to attend," he said.

Mr Chai, the most senior MPs, will chair the House of Representatives' first session to elect the new speaker and their deputies.

Construction of the 23-billion-baht new Parliament house is years behind schedule, forcing parliamentarians to move from place to place for their meetings.

"The new parliament will be ready for use probably late next year," Pakpoom Srichamni, president of Sino-Thai Engineering & Construction Plc, the project’s contractor, told Bloomberg News. He said the handover of necessary land was delayed.

The design of the new riverside building is based on Buddhist cosmology, with a golden spire-like structure as the centrepiece to promote moral character among politicians. Its name, Sappayasapasathan, means the place to carry out good deeds.

Construction began before the most recent military takeover in 2014. The 424,000-square-metre parliament is expected to be one of the world’s largest administrative buildings.

The old parliament house closed down as the compound reportedly had to be returned to the Royal Household Bureau.

Mr Pakpoom said Sino-Thai Engineering & Construction plans to seek as much as 3 billion baht in compensation from the state for delays, once the project is completed.