The Election Commission (EC) has endorsed three new MPs, all women, bringing the total number of approved MPs to a full 500.

Srinuan Boonlue of the Future Forward Party, a former provincial councillor and secretary to the chairman of the Provincial Administration Organisation, won the by-election in Chiang Mai’s constituency 8 on Sunday.

The votes for her and candidates of other parties led to a slight re-allocation of party-list MPs based on the EC’s claculation method.

In addition to FFP, the pro-regime Palang Pracharath and Democrat parties get were allocated one list MP each. Watanya Wongopasi of PPRP is a media executive and wife of stock and media tycoon Chai Bunnag. Jitpas Kridakorn of the Democrat Party is an heiress of the Singha group and ex-core member of the People's Democratic Reform Committee.

At the same time, the change of vote numbers mean Peerawit Ruangruedonlapak of Thai Rak Tham Party will have to give up his seat after 18 days.

Sawaeng Boonmee, deputy secretary-general of the Election Commission, said the EC was not the one who allocated MPs to each party and the calculation method came from the MP laws, not any formula the EC designed by itself.

The provision requires the ranking of decimal places of the votes each party receives, which vary each time a by-election is held, he said. 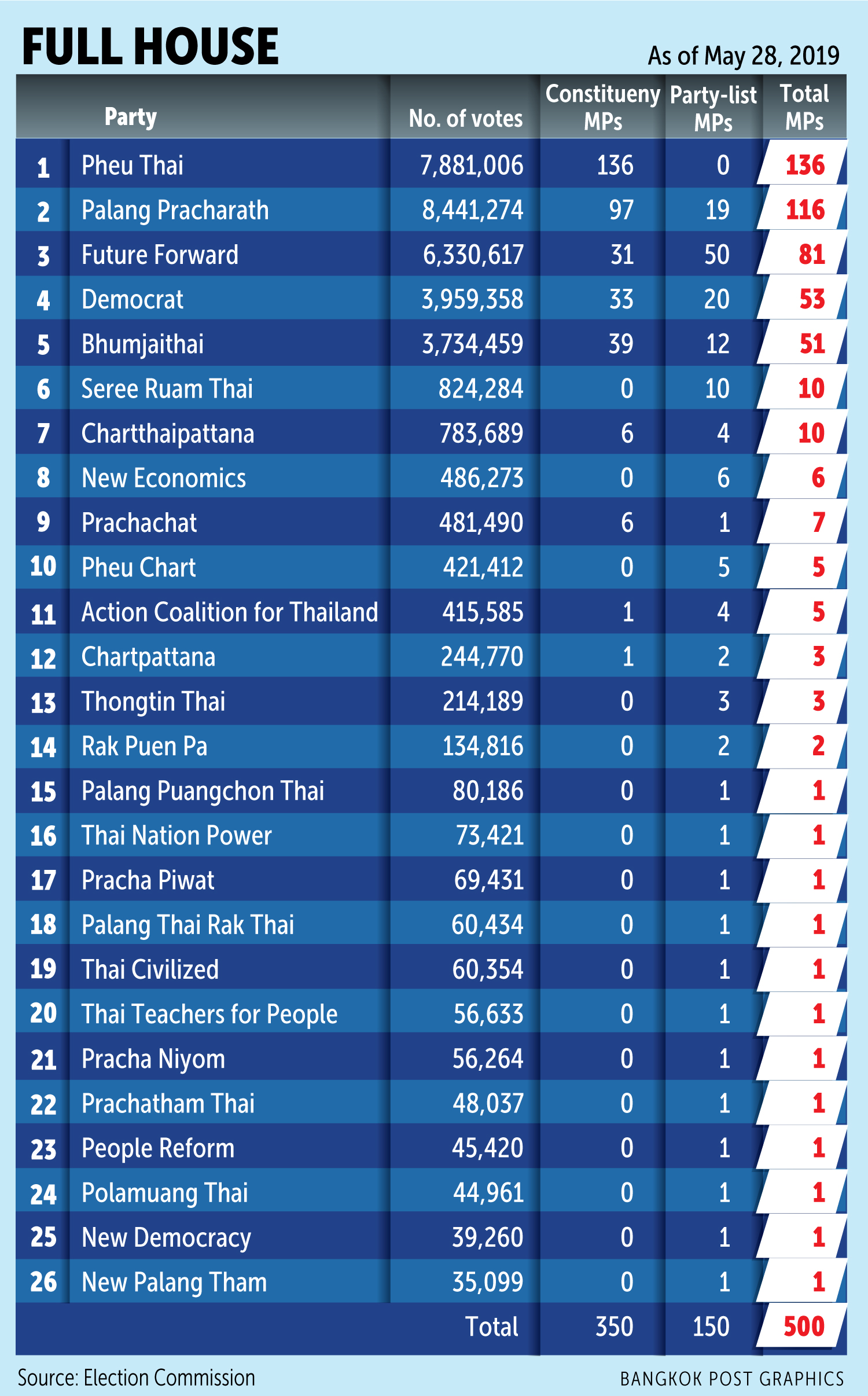 The SET-listed energy company Banpu Plc says it has completed the acquisition of natural gas and midstream assets in a shale field in the US state of Texas from two subsidiaries of Exxon Mobil Corporation.

Dialogue between Myanmar’s military junta and ousted leader Aung San Suu Kyi to end the bloody crisis unleashed by the toppling of her government last year is “not impossible”, a junta spokesman has said.

Tourism 'back to life'