Ten one-MP parties have shown signs of a rift after eight of them on Monday did not show up at a meeting aranged by a member to discuss their cabinet seats.

Outspoken Thai Civilised Party leader Mongkolkit Suksintharanont called a meeting at a restaurant to discuss cabinet seats to be allocated by the pro-regime alliance led by the Palang Pracharath Party (PPRP). He reasoned that with 10 MPs among them, they should be allocated some cabinet seats and threatened to pull their support for the coalition headed by Gen Prayut Chan-o-cha.

But only Prachatham Thai Party leader Pichet Sathirachawal showed up at the meeting on Monday. The others held a briefing a separate place later on Monday.

Mr Mongkolkit and Mr Pichet later left the restaurant to join the other meeting with eight other parties which confirmed their intention to support Prime Minister Prayut Chan-o-cha.

Mr Mongkolkit said he had no plans to defect the small-party bloc.

The PPRP sent party-list MP Thammanas Promphao to the meeting to show its support.

Mr Thammanas advised the Thai Civilised Party to be careful in making political comments, including his bargain for cabinet seats, sources in the meeting told Manager Online.

The meeting was held amid reports that the PPRP wants to reclaim some cabinet seats allegedly promised earlier as incentives for other parties to join its bloc. The PPRP officially announced the alliance with small parties on June 4.

A source told Matichon Online that the small parties decided to boycott the meeting because they were not satisfied with Mr Mongkolkit, saying he had damaged the reputation of their group by piling pressure on the PPRP for cabinet seats.

Mr Mongkolkit posted on his Facebook page on Sunday that his party did not fear a fresh election and was ready to run if the parliament is dissolved. The threat of a fresh election was supposed to scare MPs and keep them more in line because many either may not be ready for it or fear they will not win as many seats.

The coalition government has 254 seats in the 500-MP lower house. 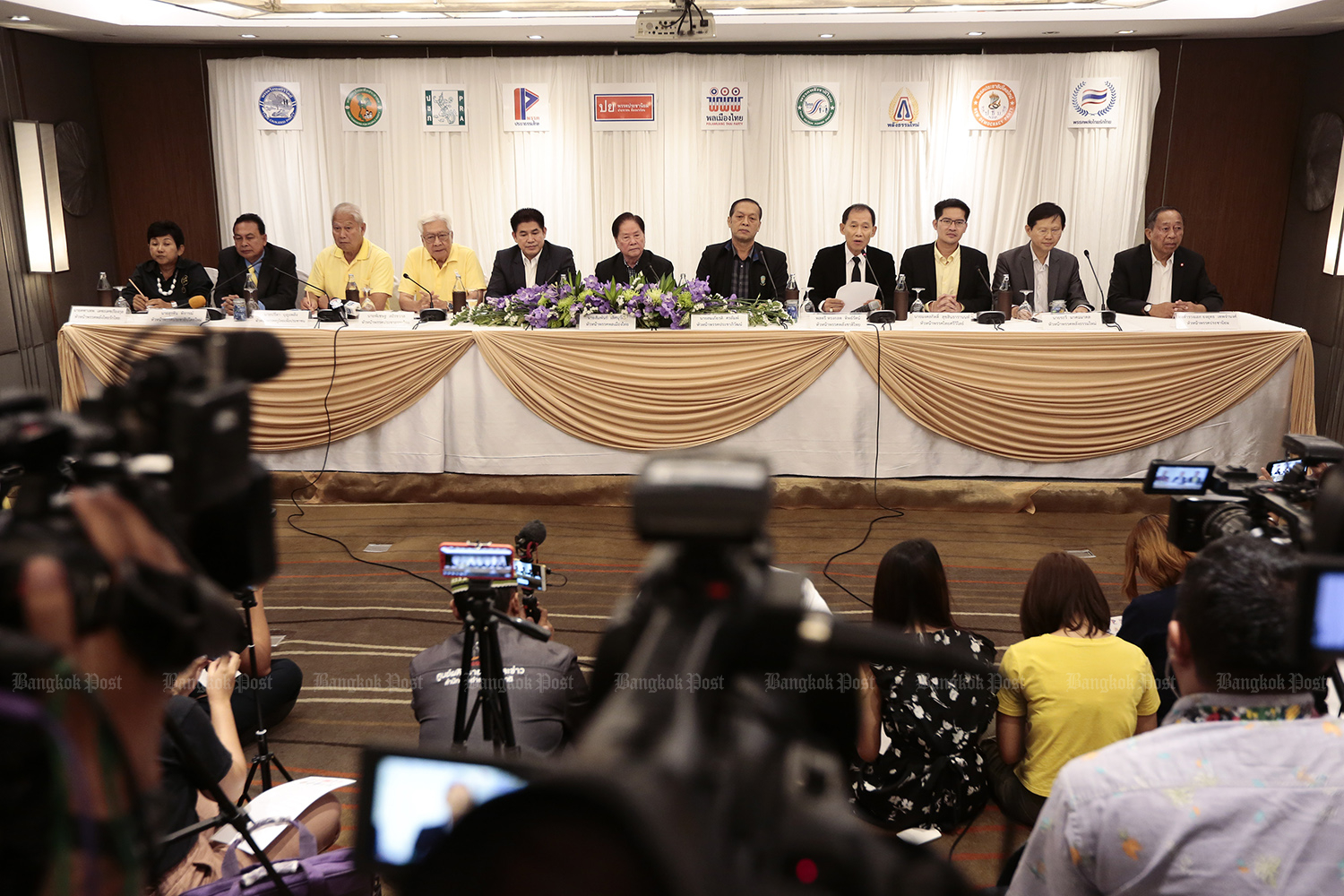