Activist Srisuwan Janya is seeking the prosecution of Deputy Prime Minister Prawit Wongsuwon for his alleged "outsider influence" on the Palang Pracharath Party, and the disbandment of the PPRP for allowing it.

The activist filed his complaint with the Election Commission on Wednesday. It related to Gen Prawit's participation in the PPRP MPs' seminar in Wang Nam Khieo district of Nakhon Ratchasima on Monday.

Gen Prawit is not a PPRP member but told the seminar he is the party's supporter and that they were family. He also told the party's MPs to be united and not split into factions, Mr Srisuwan said.

"Gen Prawit has no status in the Palang Pracharath Party... His giving guidelines to the MPs is seen as providing control and instruction over the political party's operations, which clearly affects the freedom of the party and members," Mr Srisuwan said.

This was prohibited by Section 28 of the organic law on political parties and met a criterion for the party's  dissolution under Section 92 of the same law, Mr Srisuwan said.

Section 28 prohibits political parties from letting an outsider control, influence or guide activities in a way that affects the freedom of a party and its members. Section 92 provides for the disbandment of a political party found in violation of Section 28.

He said Section 108 of the same law provides for a prison sentence of 5-10 years and/or fine of 100,000-200,000 baht, and requires revocation of the right to election candidacy for violators of Section 29. 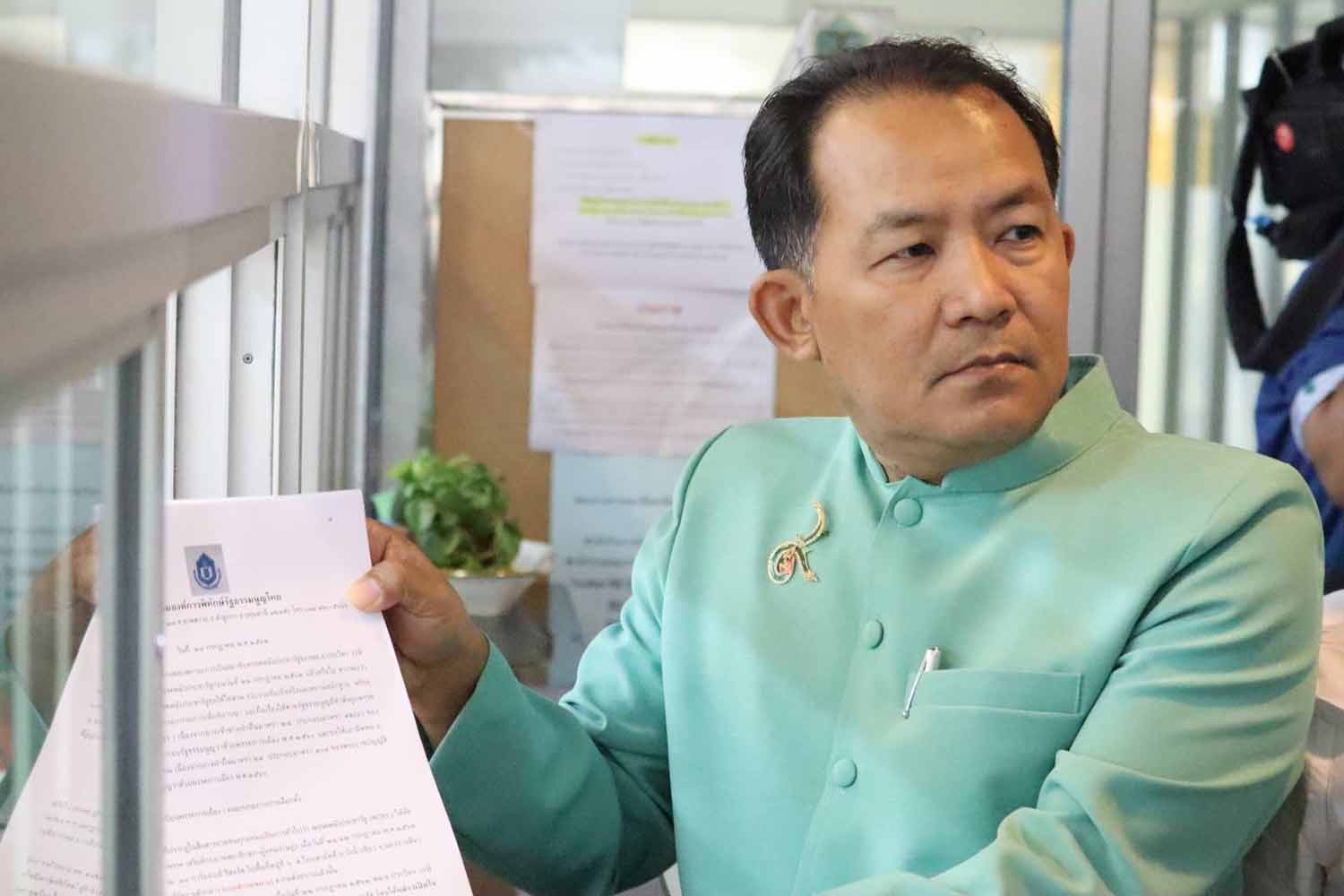 Activist Srisuwan Janya files his complaint at the Office of the Election Commission in Bangkok on Wednesday. (Photo supplied)

BEIJING: China's premier has sounded an unusually stark warning about the world's second-largest economy, saying it must return to normal as the country's zero-Covid strategy bites into growth.

The world’s food problem is already severe as prices jump and protectionism flares but, a food security expert says there’s a good chance governments can stop it from getting way worse if they heed a lesson from the crisis in 2008: don’t panic.

Why a 125cc Moped Is Perfect for the City