Jatuporn Prompan, chairman of the United Front for Democracy against Dictatorship, speaks to reporters after the Criminal Court's ruling at the Criminal Court in Bangkok on Wednesday. (Photo by Apichart Jinakul)

The Criminal Court on Wednesday acquitted 24 leaders of the red-shirt United Front for Democracy against Dictatorship (UDD) of terrorism in their protests against the Abhisit Vejjajiva government in 2010, ruling it a political action.

The ruling followed public prosecutors' arraignment of the key leaders of anti-government protests from Feb 28 to May 20, 2010. The demonstrators demanded that Mr Abhisit, the then prime minister, dissolve the House, believing that the military was behind the formation of his government in December 2008.

Mr Abhisit formed his government after the dissolution of the People Power Party for electoral fraud, ending the government of former prime minister Somchai Wongsawat in the same month.

The 24 red-shirt leaders denied the terrorism charge and other related charges including sedition, illegal assembly, and violation of an executive decree on public administration in emergency situations. 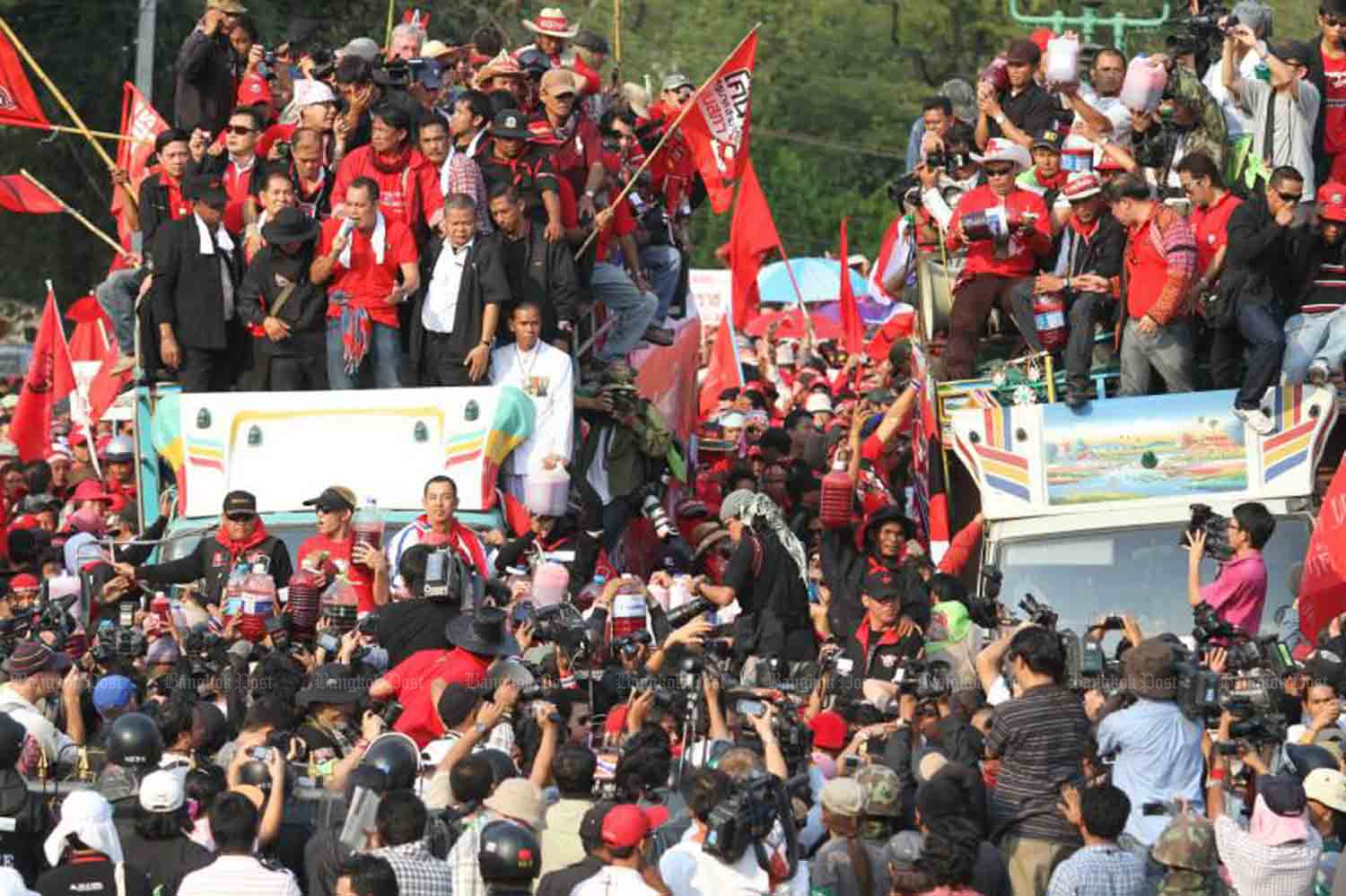 Red-shirt demonstrators arrive with bottles of blood at Government House in Bangkok in March 2010. (File photo by Pattanapong Hirunard)