Cabinet urged to do duty in signed letter

Prime Minister Prayut Chan-o-cha performs a ceremony before a portrait of His Majesty as he and cabinet ministers receive a written message from the King at Government House on Tuesday.

His Majesty the King on Tuesday issued a written message of support for Prime Minister Prayut Chan-o-cha and his cabinet ministers to carry out their duties in line with their oath of office.

The prime minister and his ministers received the message in turn before a portrait of His Majesty in the Command Building at Government House.

After the ceremony, Gen Prayut displayed a framed copy of the King's signed message to reporters.

The message is the speech that His Majesty gave to cabinet ministers led by Gen Prayut following their oath-taking during the swearing-in ceremony at Ambara Villa in Dusit Palace on July 16.

In the speech, His Majesty the King said: "I would like to offer my best wishes and moral support to you all. May you be blessed with confidence and determination to carry out your duties in line with the oath you made for the happiness and security of the country and the people.

"Each job has its obstacles and difficulties. Therefore, problem-solving is normal so the governing of the country can proceed smoothly. It is necessary to tackle the core problems and be strong and patient. I wish the cabinet ministers moral support and strength to perform your duties properly with righteousness," the monarch said.

The ceremony came after Gen Prayut found himself in hot water for failing to recite the final sentence of Section 161 of the charter, which requires the oath-taker to uphold and abide by the constitution, in the July 16 oath-taking ceremony.

Gen Prayut declined to comment on whether the government would have to give another policy statement in parliament after the ceremony.

The opposition has also submitted a motion for a debate in parliament on the prime minister's oath gaffe. Gen Prayut has vowed to counter opposition claims in person during the debate. 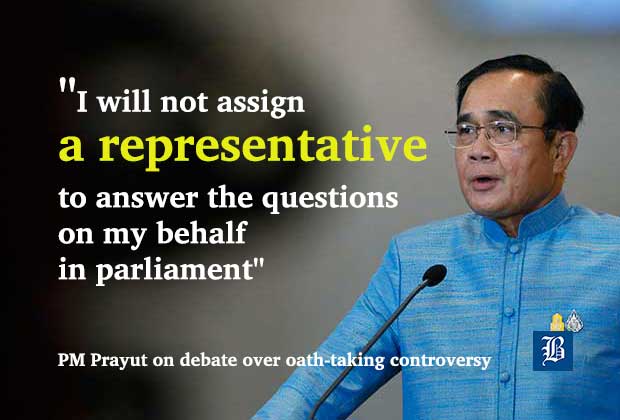 The Office of the Ombudsman decided to forward a complaint about the failure of Prayut and his cabinet ministers to recite the complete oath of office to the Constitutional Court.

The Constitutional Court will on Sept 18 rule on whether Gen Prayut was qualified to become prime minister.

Raksagecha Chaechai, secretary-general of the Office of the Ombudsman, said the decision was in response to a complaint from Panupong Churak, a Ramkhamhaeng University student, who cited his rights under Section 213 of the constitution.

This section provides for a complaint by any citizen who believes their constitutional rights have been violated, Mr Raksagecha said.

Mr Panupong's complaint to the Office of the Ombudsman on Aug 20 alleged that the incomplete oath could nullify the cabinet's formation and the government's statement and implementation of policy, thus affecting the government's ability to work for the people's benefit.

The Ombudsman agreed that failure to recite the complete oath violated the constitution and affected the complainant's rights, Mr Raksagecha said. 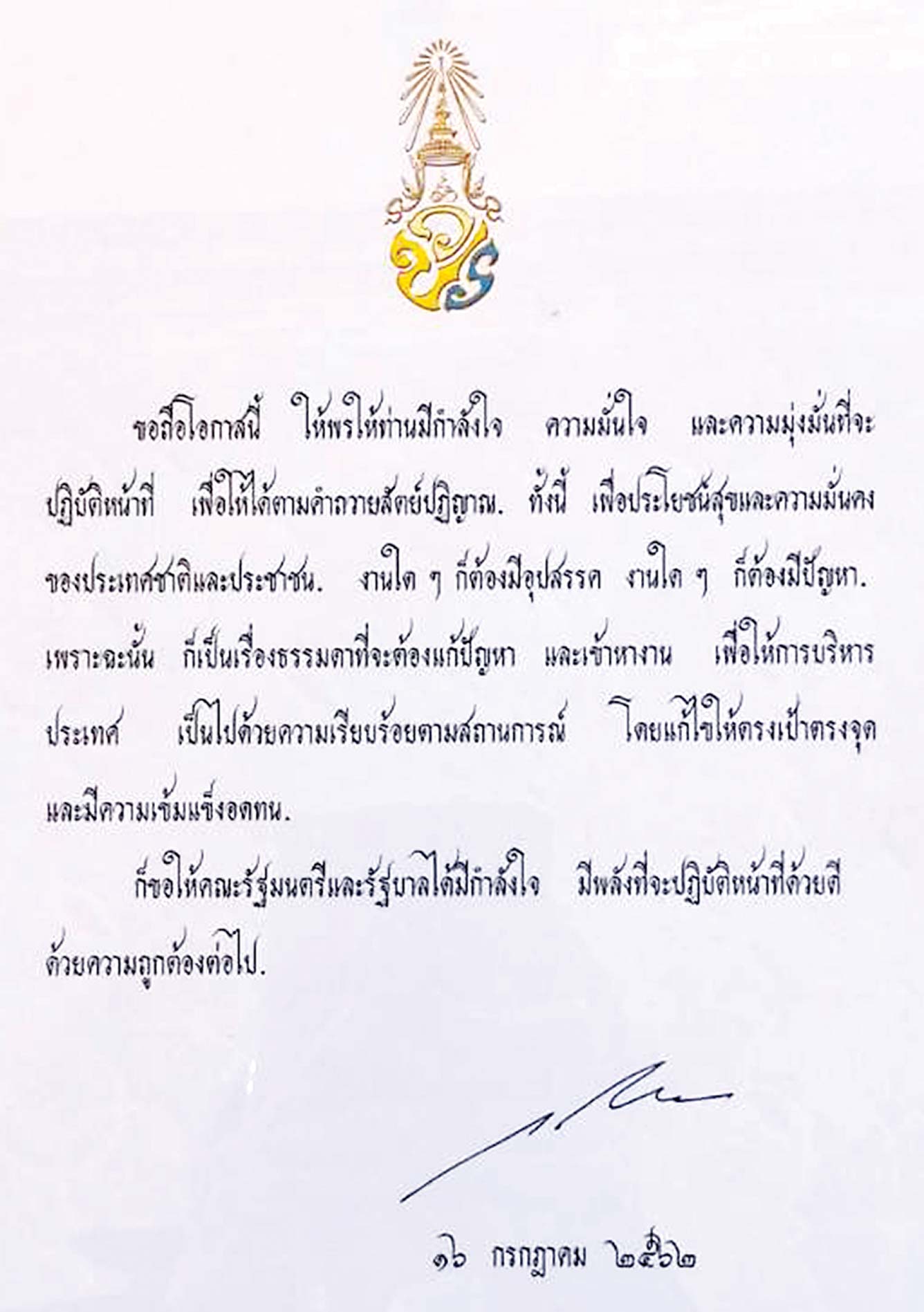 The Ombudsman dismissed similar complaints filed by activists Srisuwan Janya and Ai Phetthong as their allegations focused on the oath's actual recitation, which the Ombudsman ruled did not come under the law.

Deputy Prime Minister Wissanu Krea-ngam said on Monday that yesterday's ceremony did not constitute a re-swearing of the oath by Gen Prayut and his cabinet. Mr Wissanu said that anyone who considered this to be a re-taking of the oath was merely expressing their opinion.

Future Forward Party secretary-general Piyabutr Saengkanokkul, who was responsible for drawing the public's attention to the issue, said he agreed with Mr Wissanu, adding that the Ombudsman's decision to forward the complaint to the Constitutional Court underscored the lingering controversy surrounding the issue.

The MPs want the court to rule on whether Gen Prayut's status as premier should be terminated because the chief of the now-defunct National Council for Peace and Order was a state official before resuming the post and was therefore not eligible to become prime minister.