The romantic ambience of Ko Poda, a tiny island a few kilometres south of Ao Nang Beach (20 minutes by boat), makes it the perfect destination for honeymooners. (File photo by Yvonne Bohwongprasert)

The Supreme Court on Tuesday handed down a suspended three-and-a-half-year prison sentence to former Krabi mayor Chuan Pukaoluan for forest encroachment, ending his 33-year legal battle with the Department of National Parks, Wildlife and Plant Conservation.

The judges on Tuesday upheld an Appeal Court ruling after finding him guilty of illegally occupying 22 rai of forest land and building an octagonal pavilion on the scenic Poda islet off the Krabi coast.

Chuan's claim that he had made use of the land before the department announced it as part of the national park earlier convinced the Court of the First Instance, which ruled in his favour in February last year.

National park officials appealed against the ruling, backing their argument with a 1967 aerial photo of the islet.

Examining the evidence, the Court of Appeal found no trace of land development as testified by Chuan.

It sentenced Chuan to three and a half years in prison for violating the Forest Act and National Parks Act.

The Supreme Court judges suspended the punishment for two years but imposed a fine of 80,000 baht on him.

The judges also ordered him to carry out community service for 30 hours.

Chuan, 83, on Tuesday told reporters before the verdict was read that he was ready to "accept the ruling no matter what".

The mayor-turned-hotelier who acquired land on Poda has been locked in a legal battle with national park officials since 1985 after they found that Chuan's Nor Sor 3 Kor land documents, granted to certify land use, were issued illegally.

The Nor Sor 3 Kor dispute over a 51-rai plot saw the Supreme Court rule in favour of national park officials. The judges also revoked the documents and ordered Chuan to vacate the area.

Tuesday's ruling involves his encroachment on 22 rai of land under the Sor Kor 1 land occupancy documents. 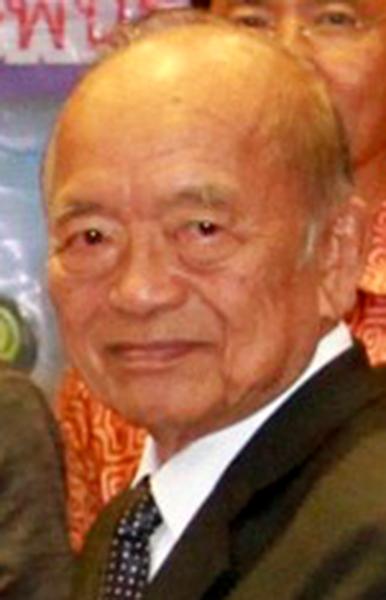