Former PPRP candidate prostrates himself before Sereepisuth to apologise for 'slander'

Visitors to Parliament on Friday witnessed a rare example of public humiliation on Friday when a former Palang Pracharath Party candidate prostrated himself before an opposition party leader in exchange for the latter dropping defamation charges against him.

Pol Gen Sereepisuth was discussing his desire for the Constitutional Court to review its decision to dismiss his party’s petition questioning the constitutionality of the 2020 budget bill because of proxy voting by coalition MPs.

After he was done, Mr Teethat approached the former police chief and told him he would like to apologise to him for slandering him earlier. He blamed it on incomplete information on his part.

The offending comments were made in response to a Sydney Morning Herald report last in September that showed Deputy Agriculture Minister Thamanat Prompow of the PPRP was a former drug convict in Australia.

Mr Teethat on Sept 13 held a briefing at Parliament slamming Pol Gen Sereepisuth, who, as chairman of the House anti-corruption panel, had vowed to look into the Thamanat case.

During the emotional briefing, the veterinarian shouted and stopped only after parliamentary security guards escorted him out, as no MPs had invited him to be there. It turned out later that he had came to Parliament as a follower of Thamanat.

While being escorted out of Parliament, he kept shouting: “Seree [former name of Pol Gen Sereepisuth] ordered a hit on me!”

Mr Teethat finally apologised on Friday to the ex-police chief in front of the reporters and wai him.

“I recently resigned from that PPRP after I had problems with some party phu yais,” he said. “I assure you it is not Capt Thamanat but someone more senior, whom I won’t name.” (continued below) 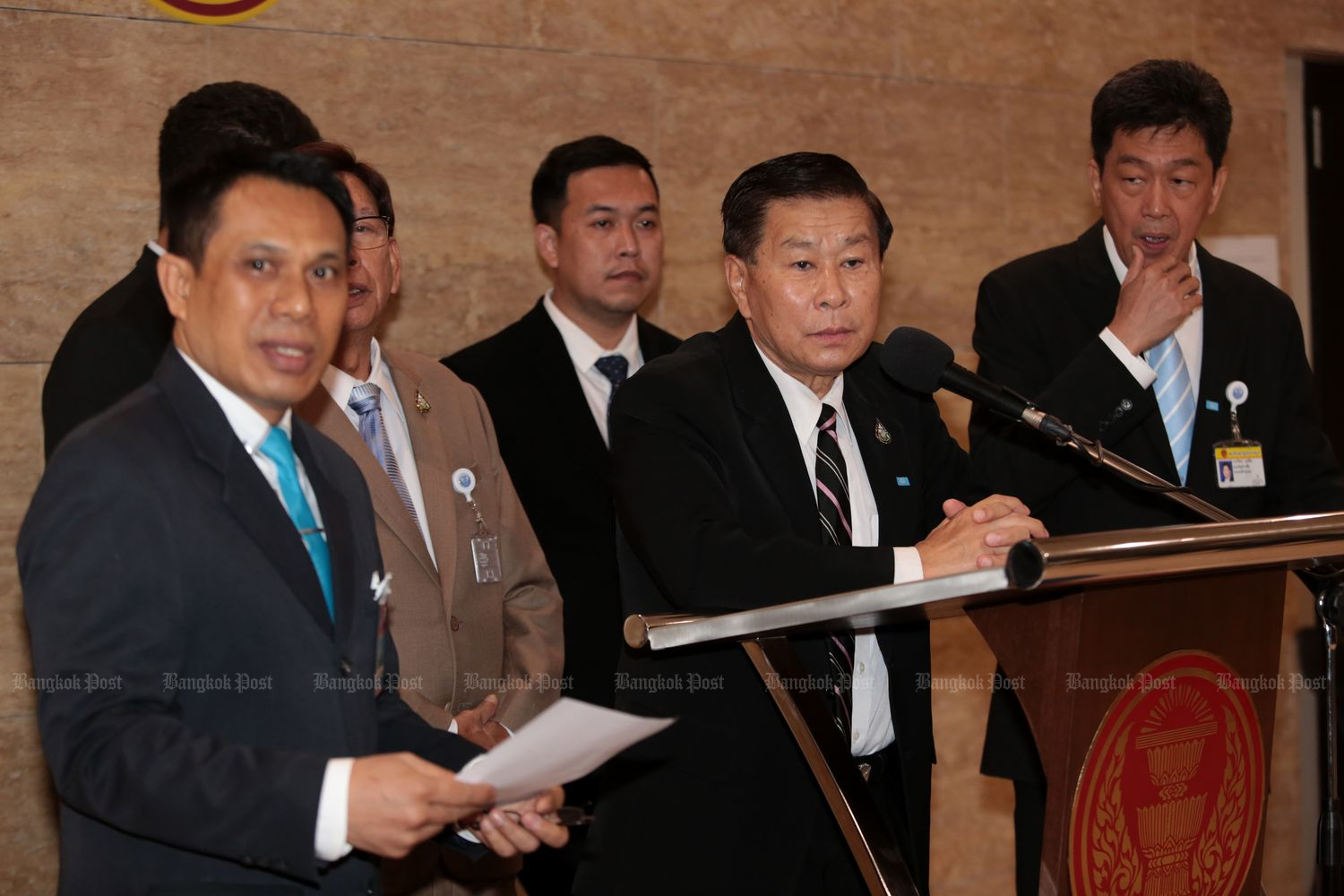 He said he would take sole responsibility for his past actions by apologising to Pol Gen Sereepisuth before reporters.

Mr Teethat added that he would set up his own party called Thai Saa-on Party, which means joy and good impression, adding he would from now play politics creatively and cleanly.

Pol Gen Sereepisuth said he was not sure he would forgive Mr Teethat and told him to give the fruit basket to reporters.

“You verbally abused me when I was performing my duty in the House. Today you seek my forgiveness because I filed two charges against you. If you have the courage to prostrate at my feet, I’ll find the courage to forgive you,” he said.

To the shock of everyone, the veterinarian did as he was asked and Pol Gen Sereepisuth accepted the basket.

While on the floor, Mr Teethat asked the policeman to stroke his head and he complied, mumbling “I hope you have no problems setting up the new party”.

Prostration is a gesture of paying the highest respect in Thailand, reserved only for very senior people, Buddhist monks and royals. Pol Gen Sereepisuth is 71 years old and Mr Teethat is 50.

Mr Teethat, whose old name was Na Tawan Promta, is no stranger to politics. He has run for MP in his native Khon Kaen and Bangkok six times but has never been elected.

In early September, Mr Teethat accused Natural Resources and Environment Minister Varawut Silpa-archa of accepting a bribe. He claimed he had a clip of people bargaining to buy a director-general position at the ministry for as much as 600 million baht. Thamanat later took him to apologise to Mr Varawut.