Parliament to reopen as scheduled

The House will reopen for its session on May 22 as scheduled despite the Covid-19 outbreak. (Bangkok Post photo)

The House will reopen for its session on May 22 as scheduled despite the Covid-19 outbreak as the constitution does not allow House meetings to be deferred, said Sukit Atthopakorn, adviser to House Speaker Chuan Leekpai.

However, he said, on May 22 -- the first day of the session -- the speaker of the House has the authority to order future meetings to be cancelled.

Alternatively, House meetings can be held remotely via teleconferencing, or in the Suriyan room inside parliament, which is large enough to accommodate up to 1,000 people with ample space between participants, or have the MPs meet through separate meetings organised by political parties, Mr Sukit said.

Meanwhile, coalition partner Chartthaipattana Party yesterday demanded the temporary scrapping of the rule requiring parties to hold a general assembly by the end of next month, saying it is unrealistic during the outbreak.

"We want the compulsory meeting to be deferred until later, so we can fully comply with the government's virus containment measures," said Chartthaipattana Party's director Nikorn Chamnong.

The government advises against gatherings of more than 100 people, but the political party law requires a quorum of between 250 and 300 for the required general assembly, he said.

The party, therefore, is calling on the government to grant political parties a concession under the assembly requirement for the sake of the containment measures. 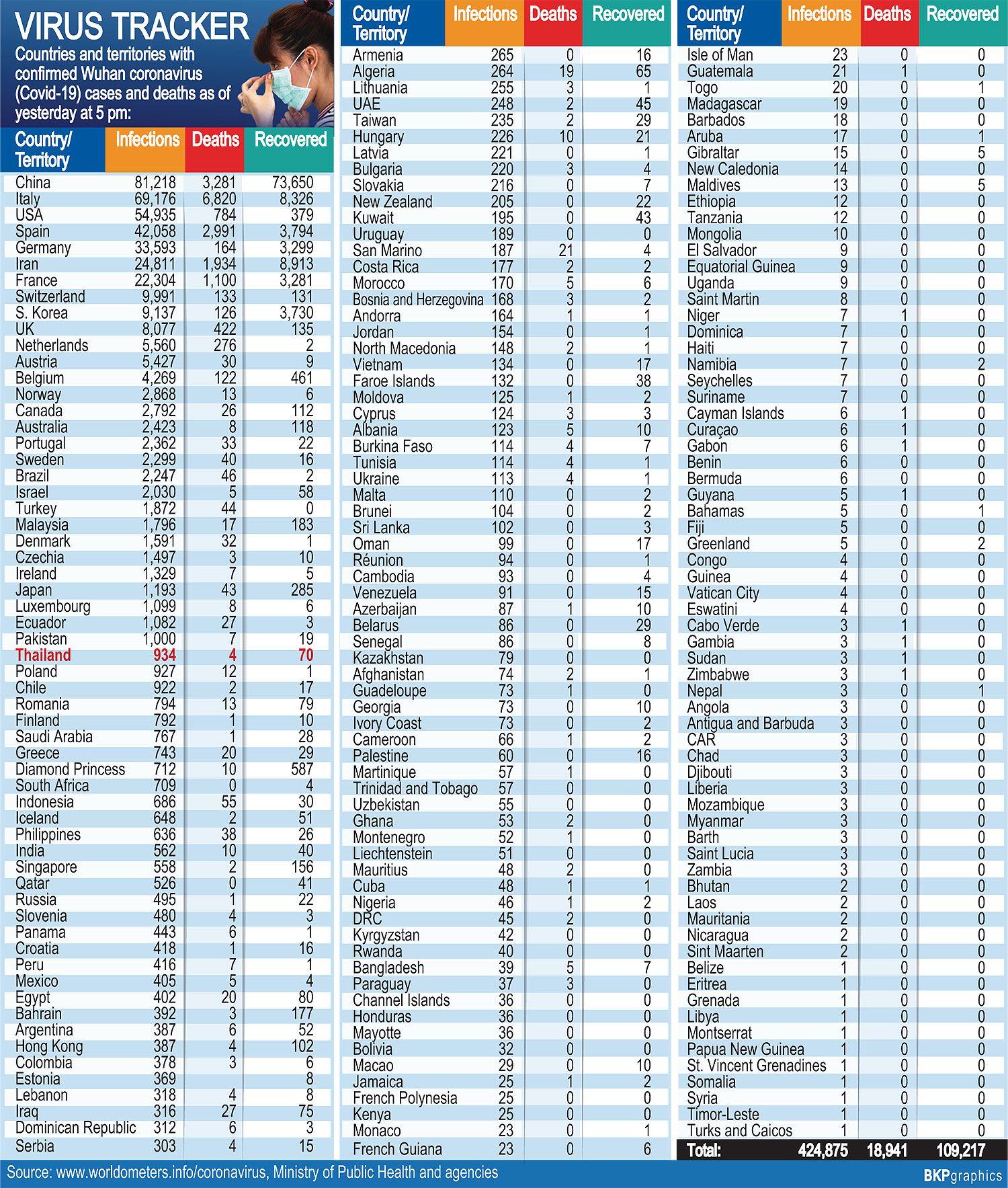