Payao Akkahad, whose daughter Kamonkade Akkahad was shot dead along with five other paramedics at Bangkok's Prathum Wanaram temple, sits near a photo of her daughter at the locked temple's gates in Bangkok on Tuesday. (Reuters photo)

Thailand marked the 10th anniversary of a bloody army crackdown on protesters on Tuesday, with a banned opposition politician saying anger was unabated, especially after last year's disputed election that kept a coup leader in power.

Thanathorn Juangroongruangkit, a rising political star whose youth-oriented Future Forward Party was dissolved by the Constitutional Court in February, stopped short of personally calling for supporters totake to the streets.

But he said it was inevitable that protests that sprang up earlier this year would return once the coronavirus health crisis eases.

"I walk on the street, people would come and ask me when would I be leading them to the streets. So I believe that you can prolong the situation, but you cannot prevent the eventuality," Mr Thanathorn, 41, told Reuters in an exclusive interview.

"Even if I am not leading them, they will find a leader to lead them." 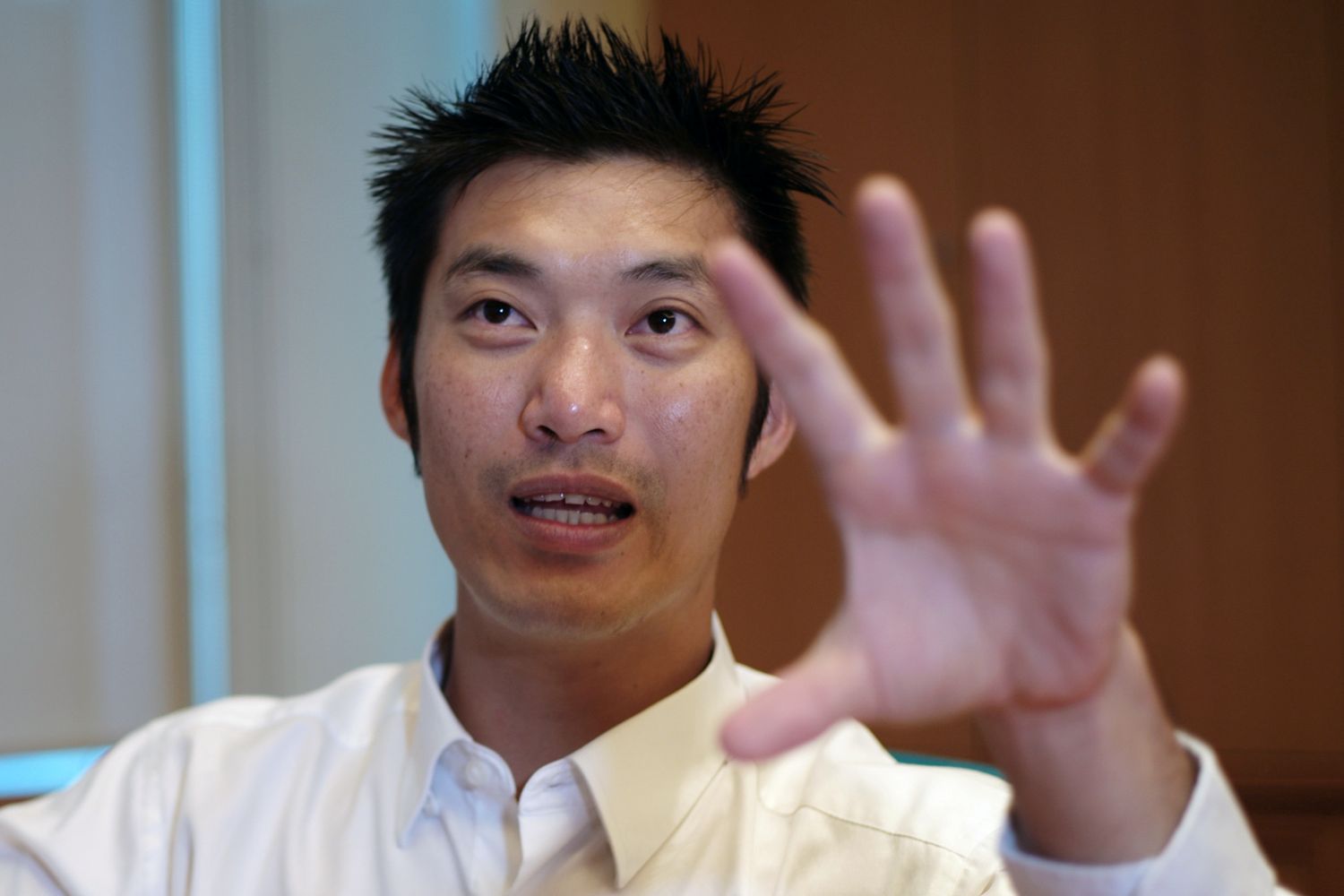 Former leader of the banned Future Forward Party Thanathorn Juangroongruangkit speaks during an interview with Reuters in Bangkok on Tuesday. (Reuters photo)

Mr Thanathorn spoke on the 10th anniversary of a crackdown on months of at times violent street protests by the red-shirt supporters of army-ousted former prime minister Thaksin Shinawatra. The military operation killed more than 90 people, mostly civilians, and wounded hundreds.

The military has always denied using excessive force and government spokeswoman Narumon Pinyosinwat said there was no need for new investigations.

"Everything that happened 10 years ago has gone through the court process," Mrs Narumon said.

No member of the armed forces or police was ever convicted of wrongdoing.

Commemorations were subdued this year because of coronavirus restrictions on gatherings.

Payao Akkahad, whose daughter Kamonkade Akkahad was shot dead along with five other paramedics at Bangkok’s Wat Pathum Wanaram, laid flowers in front of a photo of her daughter, kneeling in front of the locked temple gates, with a small sign announcing the grounds "closed for disinfection".

"We have to continue to fight to demand justice," Mrs Payao said, as police outside the temple looked on but did not interfere. "I have to do it for the younger generation and the children."

Mr Thanathorn said there could be no justice for the dead under Thailand's current government.

"This is a war, the war of memory. The establishment, the elite, they want us to forget about what happened," Mr Thanathorn said.

"Unless and until we can establish a genuine democracy in this country, there would be no accountability in the military."