A child reaches for donated eggs in a 'tu pan suk', or a happiness-sharing pantry, in front of the Department of Agriculture in Bangkok. An instruction, apparently aimed to regulate people queuing up for donations, reads 'three items for each person, please'. Arnun Chonmahatrakool

Opposition parties are threatening not to support three executive decrees authorising the government to borrow 1.97 billion baht to combat the Covid-19 crisis if certain "conditions" are not first met.

The five-day House debate on the decrees, which starts on Wednesday, will not only see the six opposition parties ask questions about the financial package targeting the country's economic ills, but will also demand that MPs be allowed to scrutinise spending.

"We will certainly not pass the decrees without conditions," opposition chief whip and Pheu Thai MP Sutin Klungsang said on Monday, stressing the government must spell out what projects the money will be spent on.

The opposition wants the government to make a "pledge" it will allow a special House committee to be established to inspect how the loans are spent and present a report on the matter to parliament once a month.

The opposition has not yet received details about the three decrees and remains uncertain whether the government will clarify its doubts during the House session, said Mr Sutin.

"If it fails to thoroughly provide details or answers, we may need to ask the Constitutional Court to step in," he said. 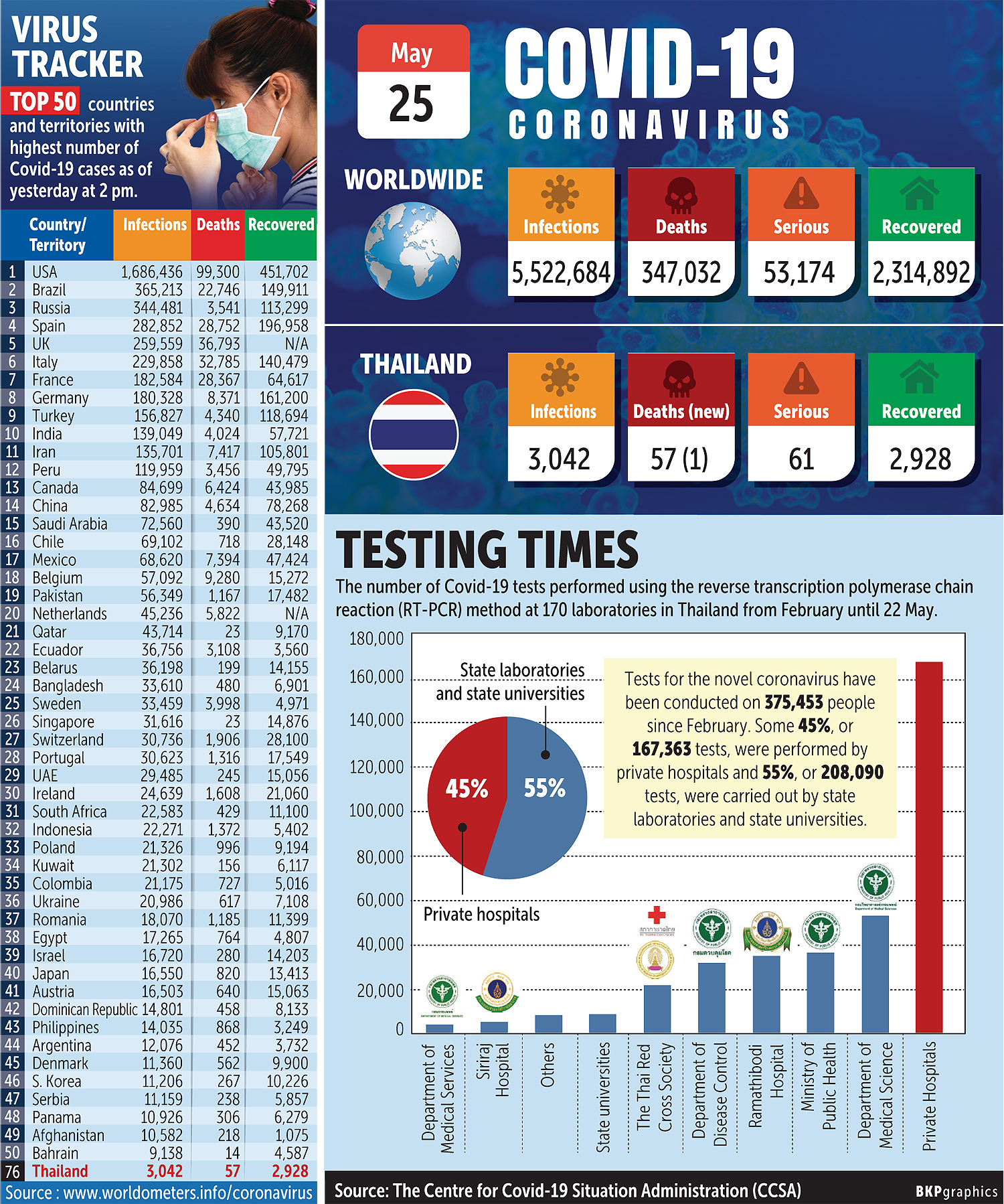 Between 60 and 65 opposition MPs will take turns discussing the decrees.

The government, meanwhile, has set aside 22 hours for clarifications -- 11 hours each for the cabinet and coalition MPs -- during the debate, scheduled to run from 9.30am to 8pm daily, government whip chief Virat Ratanasate said on Monday.

The Prayut Chan-o-cha administration had earlier only given a broad outline of how the loans would be allocated. One executive decree empowers the government to borrow one trillion baht to bolster the economy. Some 600 billion will go on public aid, including the 5,000-baht handout scheme, and the rest has been set aside for economic restoration projects. Those projects have generated criticism from political observers who are not confident they will be transparent.

Another two decrees enable the Bank of Thailand to issue 500 billion baht in soft loans to help businesses and set up a 400-billion-baht fund to fix corporate bond-related problems.

Mr Virat said he does not believe the decrees will be sent to the Constitutional Court for inspection.

"This is an urgent issue and the government is ready to answer all questions," he said.