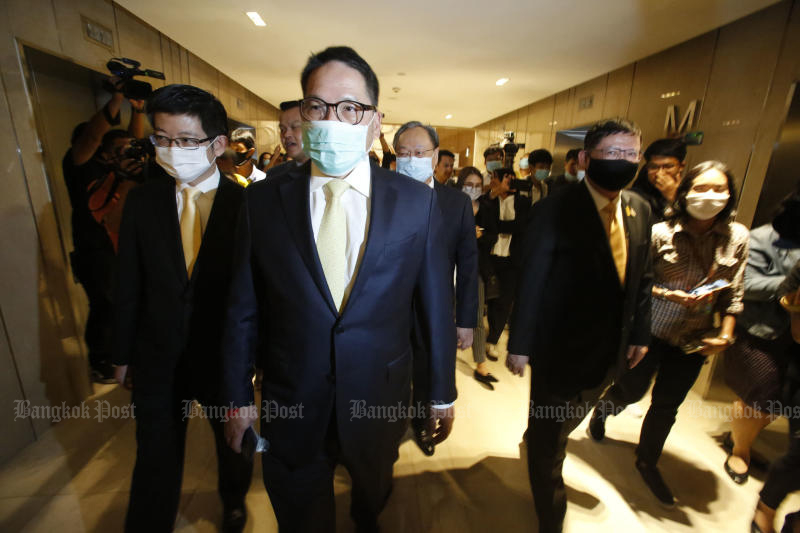 Turmoil in the Settakij Thai Party as a majority of the executive board resign, forcing an election for a new leader, as secretary-general Thamanat Prompow (right) manoeuvres to take control.