Key figures across the political spectrum have given a mixed reaction to a proposal by a senator to grant an amnesty to political offenders in the colour-coded conflicts as part of efforts to forge national unity.

The amnesty has been proposed by Senator Kamnoon Sitthisamarn who argued it would forge national reconciliation and stem far-reaching divisions aggravated by years of political unrest.

The issue was raised at a Senate meeting on July 14 when the Upper House acknowledged a summary of the progress of the government's national strategy and a report by a Senate committee assigned to accelerate national reform and carry out action plans on the national strategy.

His proposal calls for an amnesty law to be enacted to absolve offences which occurred as a result of political protests over the past 15 years.

BENEFITS OF THE PLAN 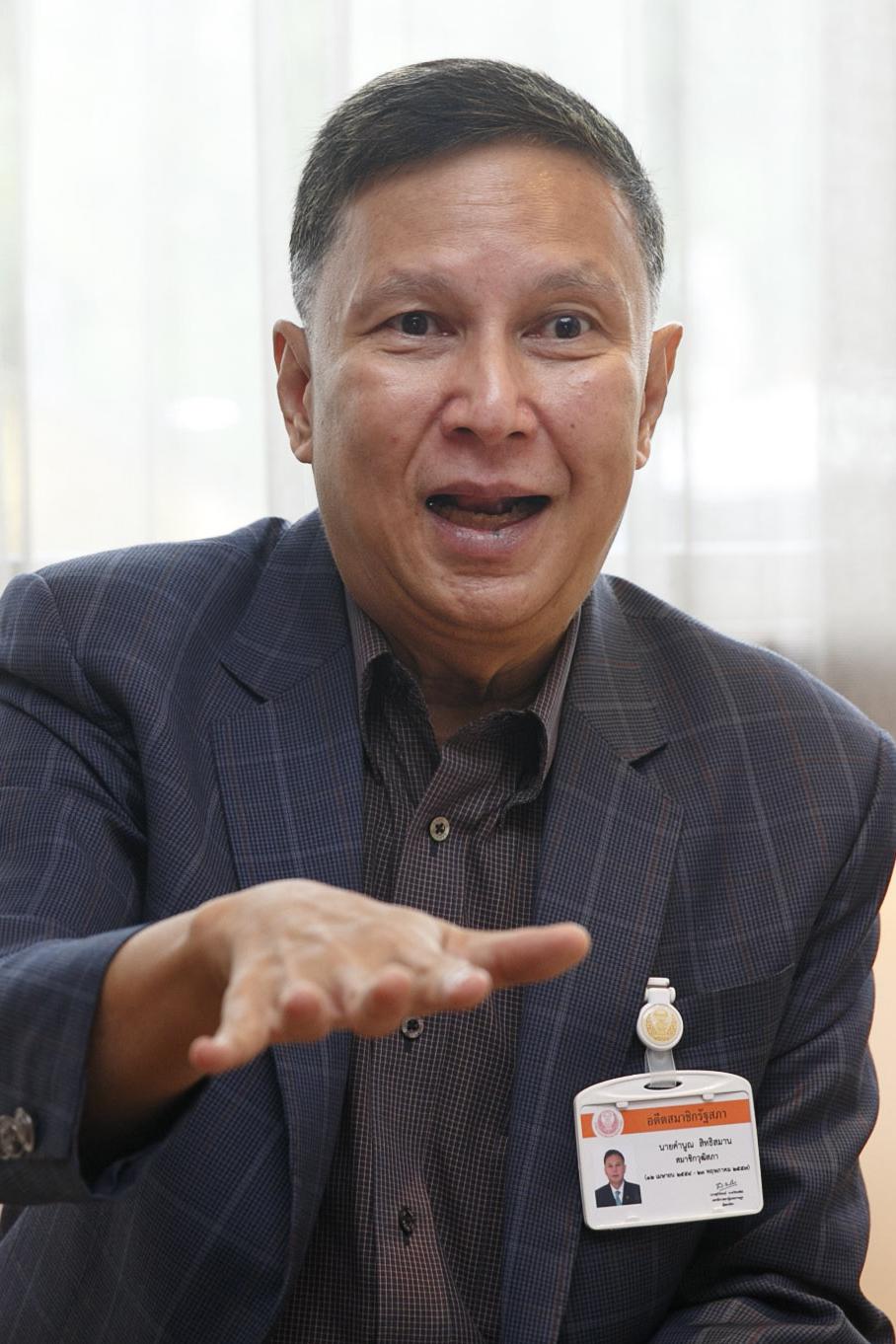 Mr Kamnoon said the key to dismantling the political and social divides was for offenders charged with instigating political unrest and protests to be forgiven under the law.

The conflicts have polarised society deeply, with hundreds of defendants in cases involving politically-motivated offences going through the legal process and some defendants already dead, Mr Kamnoon said.

Prime Minister Prayut Chan-o-cha's latest campaign under the theme "Unify Thais to Build the Nation" will be rendered futile as long as those political offenders are still taken to court and have their assets frozen and seized, the senator said.

But if he succeeds in pushing an amnesty through, this will help increase his political clout to carry on with the national strategy, Mr Kamnoon said.

The beneficiaries would be everyone "no matter what political shirts they wear", Mr Kamnoon added.

However, his proposed amnesty would not cover people who were charged with corruption or other felonies.

Those who are charged with violating Section 112 of the Criminal Code, also known as the lese majeste law, are unlikely to qualify either, he said.

The last amnesty bid was initiated by the Yingluck Shinawatra administration amid rising political tensions in 2013 before it collapsed and led to the demise of that government.

At the time, Worachai Hema, a Samut Prakan MP of the then ruling Pheu Thai Party, proposed an amnesty bill to exonerate people facing criminal charges from engaging in mass protests between Sept 19, 2006, and May 10, 2011.

He said the bill would pacify political conflicts and bring about national reconciliation.

But the bill was seen to be a blanket amnesty and criticised for broadly exonerating wrongdoers of political violence and having the implicit aim of benefitting former premier Thaksin Shinawatra.

The bill provoked resistance that led to a mass demonstration under the banner of the PDRC led by Suthep Thaugsuban, the former Democrat Party secretary-general. The bill was later rejected by the Senate and sent back to the House of Representatives where MPs of coalition parties refused to reconsider it.

The PDRC protests, launched in October 2013, carried on for months as political tensions in the country rapidly escalated before Gen Prayut, then army chief, seized power from the Yingluck government on May 22, 2014.

No amnesty bill has since been proposed to the parliament out of fear it might prompt similar scenes of unrest. 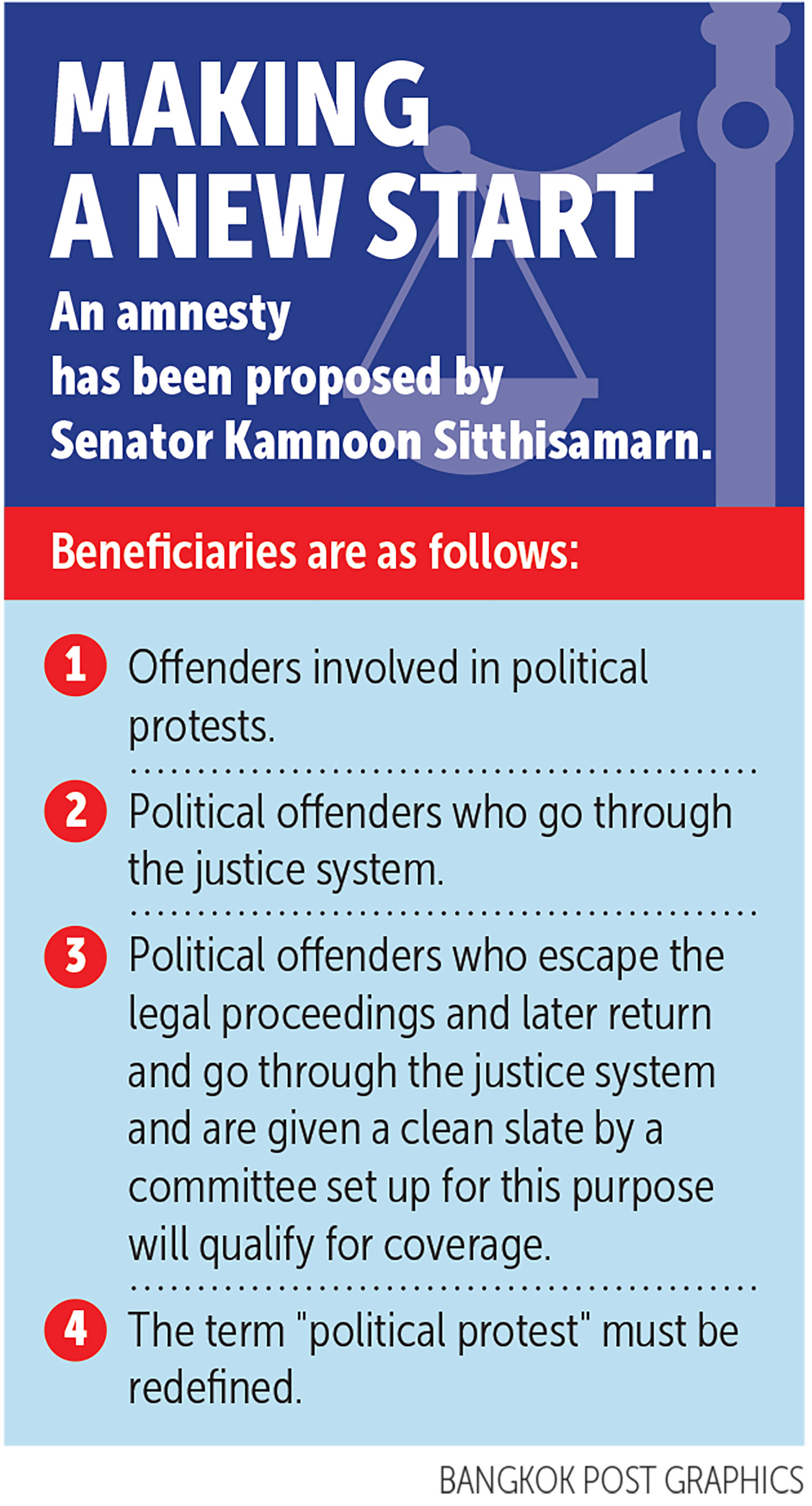 Currently, the Supreme Court is gradually delivering rulings in cases involving political offences by both yellow and red shirt leaders.

On June 26, the court upheld prison sentences given to leaders of the United Front for Democracy against Dictatorship (UDD) over a violent protest 13 years ago outside the residence of late Privy Council president Prem Tinsulanonda.

On Feb 13 last year, the court upheld eight-month prison sentences for six former PAD co-leaders for their role in the seizure of Government House during 2008 street protests.

Five of them were later granted a royal pardon on the occasion of His Majesty the King's coronation.

It remains to be seen whether the latest amnesty bid by Mr Kamnoon will be accepted by Gen Prayut and how far it can go, observers noted.

In a recent exclusive interview with the Bangkok Post, Mr Kamnoon said Gen Prayut's latest campaign will bear fruit only when the political and social divides deeply entrenched in the country are resolved.

National reconciliation can be achieved through enacting an amnesty bill, Mr Kamnoon said.

"Amnesties have happened in many countries around the world ... cases involving political protests are politically motivated.

"If the prime minister wants to unify Thais, he has to erase the stigma of conflict," Mr Kamnoon said.

In the past, a reconciliation approach known as the 66/23 policy was adopted to combat communism in 1980, he said.

Prime Minister's Order 66/23 was introduced by the Prem Tinsulanonda government to allow people who fled into the jungle to join the Communist Party of Thailand to reintegrate into society and join a national development programme.

This should be the inspiration for the government to push for a more lasting national unity, Mr Kamnoon said.

Since the Senate committee handling national reform is reviewing action plans, the prime minister should take this opportunity to propose an amnesty bill as part of national reform under Section 270 of the constitution, Mr Kamnoon said.

The bill would then be deliberated by a joint meeting of the House and the Senate.

Mr Kamnoon has suggested that beneficiaries under the bill include offenders involved in political protests and political offenders currently going through the justice system.

The bill should also cover political offenders who escaped legal proceedings and later return and go through the justice system, he said, suggesting a committee be set up to grant amnesty on a case-by-case basis and the term "political protest" be redefined.

''As for Thaksin Shinawatra, he was not an offender involved in political protests. His cases involved allegations of corruption

"The bill must not offer a blanket amnesty like the one proposed in 2013. Violations of Section 112 have nothing to do with political protests, either,'' Mr Kamnoon said. 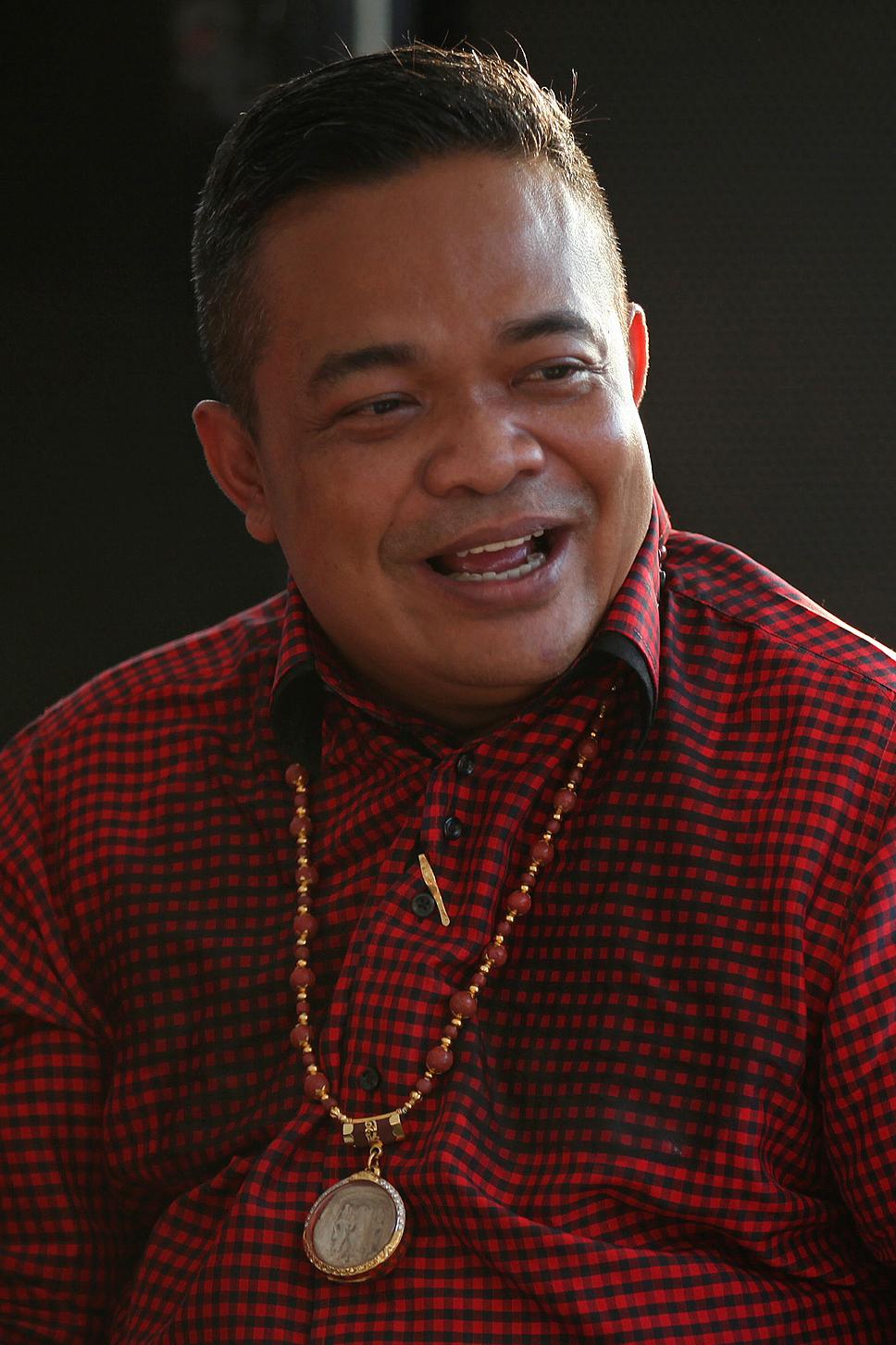 Jatuporn: 'Society can relax a bit'

Jatuporn Prompan, chairman of the red-shirt United Front for Democracy against Dictatorship (UDD), told the Bangkok Post that he agrees with the amnesty and now is the time for Thais to unite and overcome the crisis facing the country.

He added that those who engage in political battles are not criminals and are instead fighting for their beliefs and ideologies.

''According to Mr Kamnoon's proposal, it will be best if the bill is initiated by the prime minister and people in society agree with it.

"Even though the prime minister must not accept or decline it, he should not speak in a way that could obstruct it ... I think we are reaching a point in time where society can finally relax a bit,'' Mr Jatuporn said.

TOO LATE FOR THE PDRC 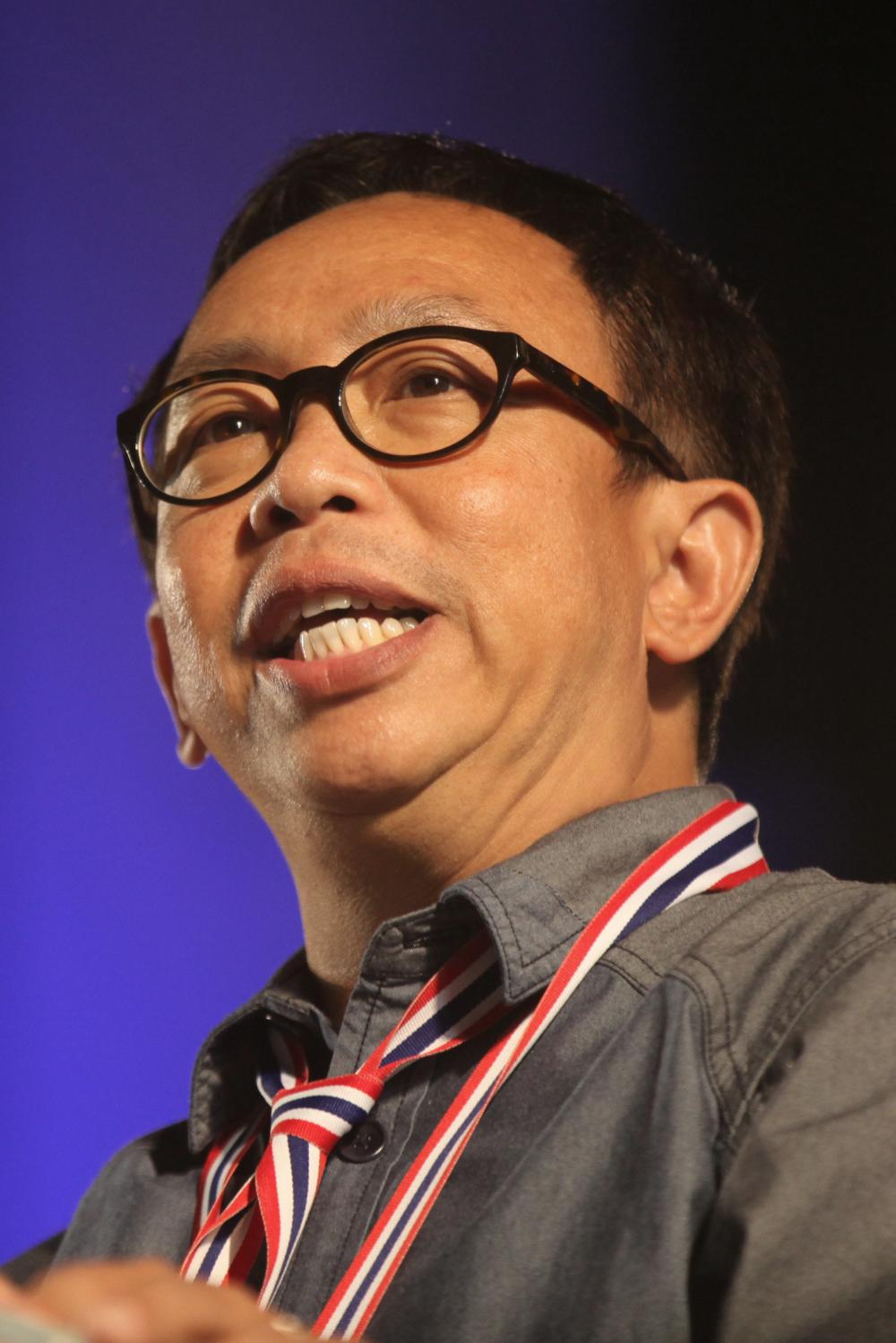 Sathit: 'Now is not the right time'

Sathit Wongnongtoei, now a Democrat Party MP for Trang and a former PDRC key figure, said the proposed amnesty might be too late because almost all key political offenders have been convicted. Public feeling is not what it was.

He said that an amnesty law is usually issued to defuse political conflict, but conflicts that happened more than 10 years ago do not have any impact on current national security.

"An amnesty bill should be based on the principle of reconciliation.

"The question is that right now who will be reconciled with who?

"Reconciliation must begin by seizing assets and finding and revealing the truth,'' Mr Sathit said. ''A proposal to issue an amnesty law at the moment may be untimely." 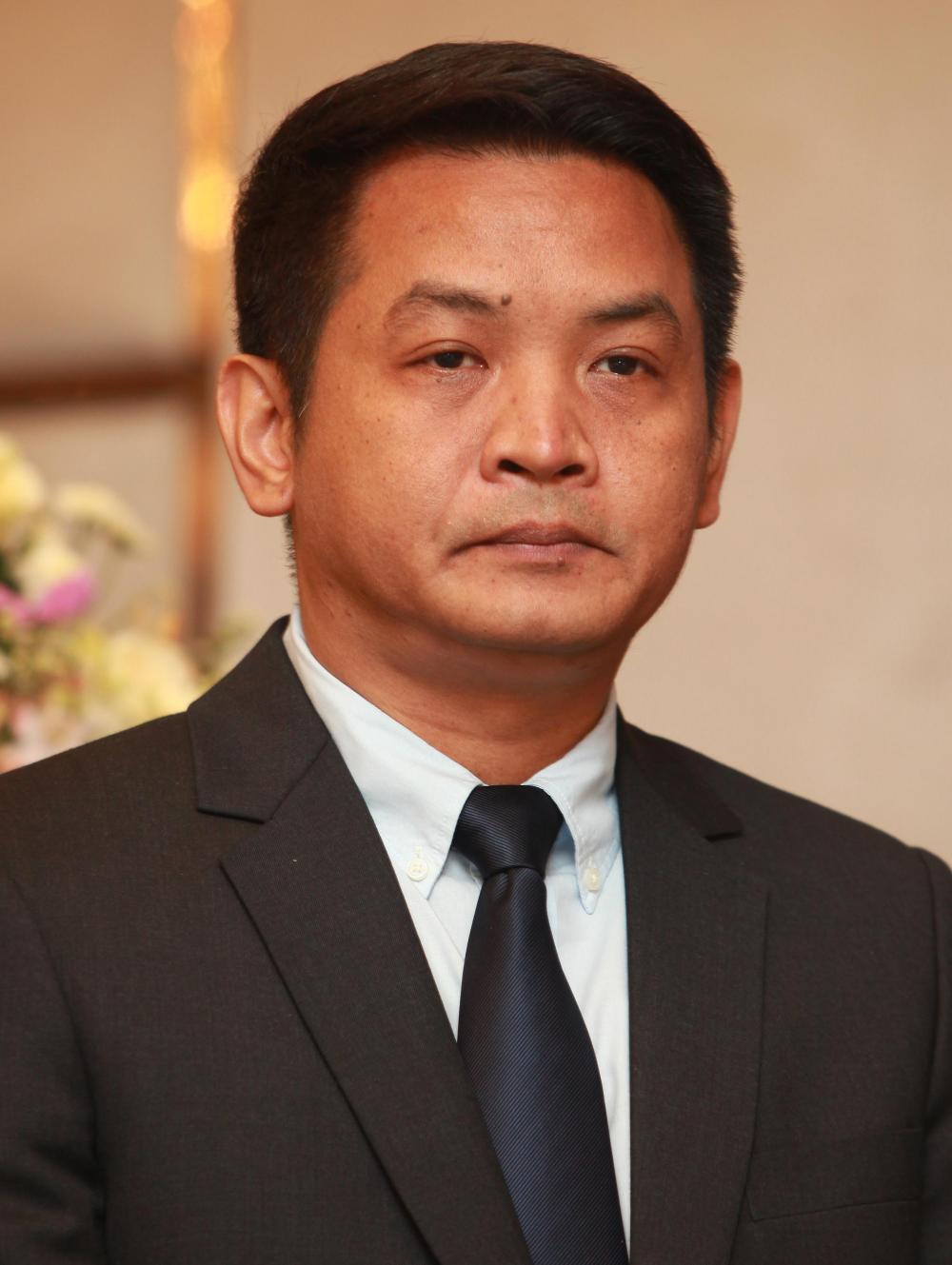 Suriyasai Katasila, who is among the five PAD co-leaders who were granted a royal pardon and released from jail, said that the Prayut administration has a better opportunity to push for a successful amnesty for political offenders, not those involved in murder cases or violators of Section 112 of the Thai criminal code.

However, Mr Suriyasai criticised Gen Prayut for failure to make clear his position on issues related to national reconciliation, even though fostering national unity was one of the reasons cited by Gen Prayut when he staged the 2014 coup and seized power from the Yingluck government. "If the prime minister wants to unify Thais but will not consider an amnesty, I would be very surprised,'' Mr Suriyasai said. 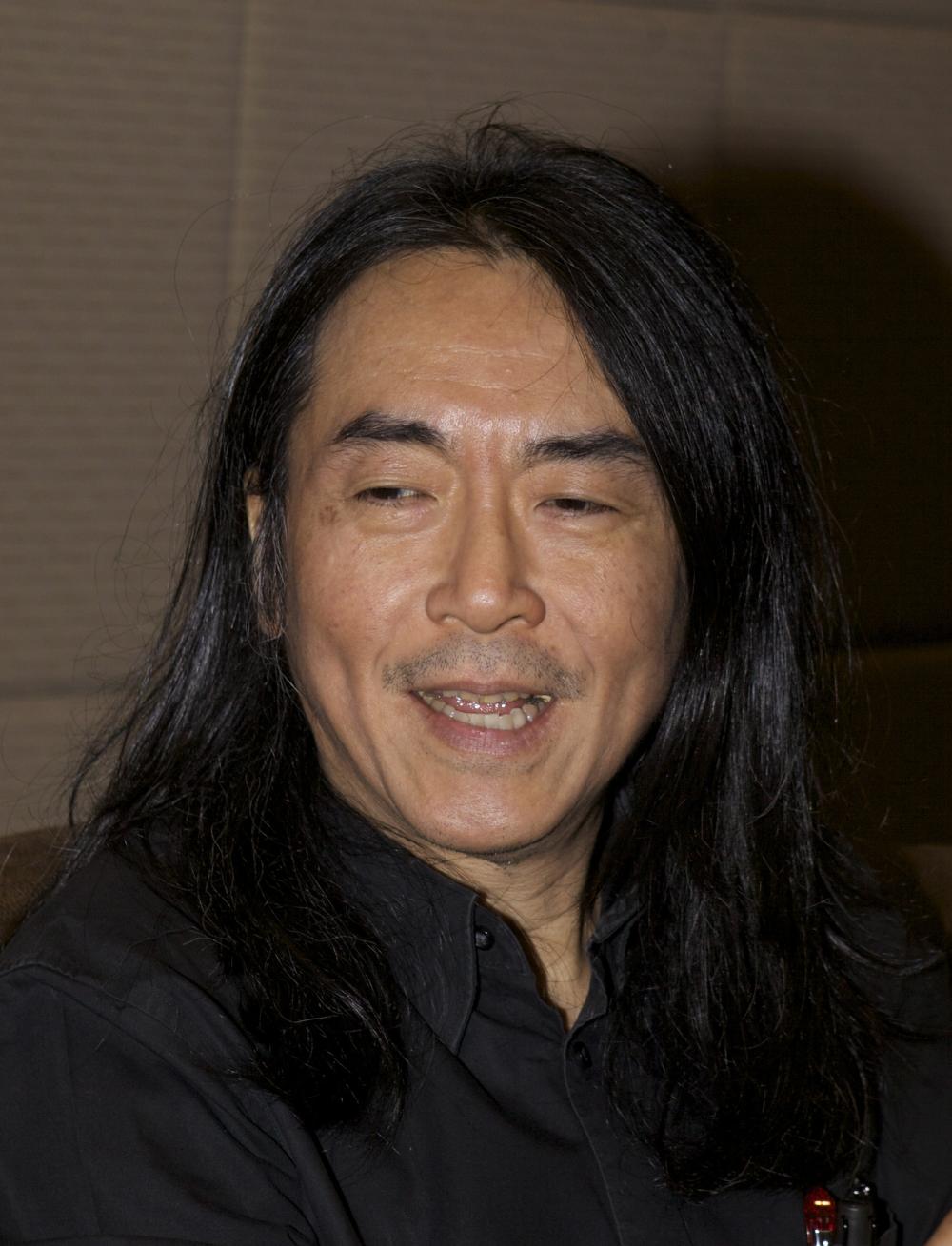 Chaiyan: 'It could help ease tensions'

Chaiyan Chaiyaporn, a political scientist at Chulalongkorn University, said the proposed amnesty should help ease the political tensions which built up over the past 15 years.

However, details of who will be covered by the amnesty proposal must be considered carefully, he said, adding that if the bill also benefits those who used violence against others, it will be met with resistance from the public.

''An amnesty for those who took part in political gatherings should come out, but its details remain to be seen,'' Mr Chaiyan said.

He also said that even though parties involved in conflicts have now changed over the past decade, he believes the proposed amnesty will still boost the stability of the government.