On Wednesday, Prime Minister Prayut Chan-o-cha submitted his list of new cabinet ministers for royal endorsement, according to a source. 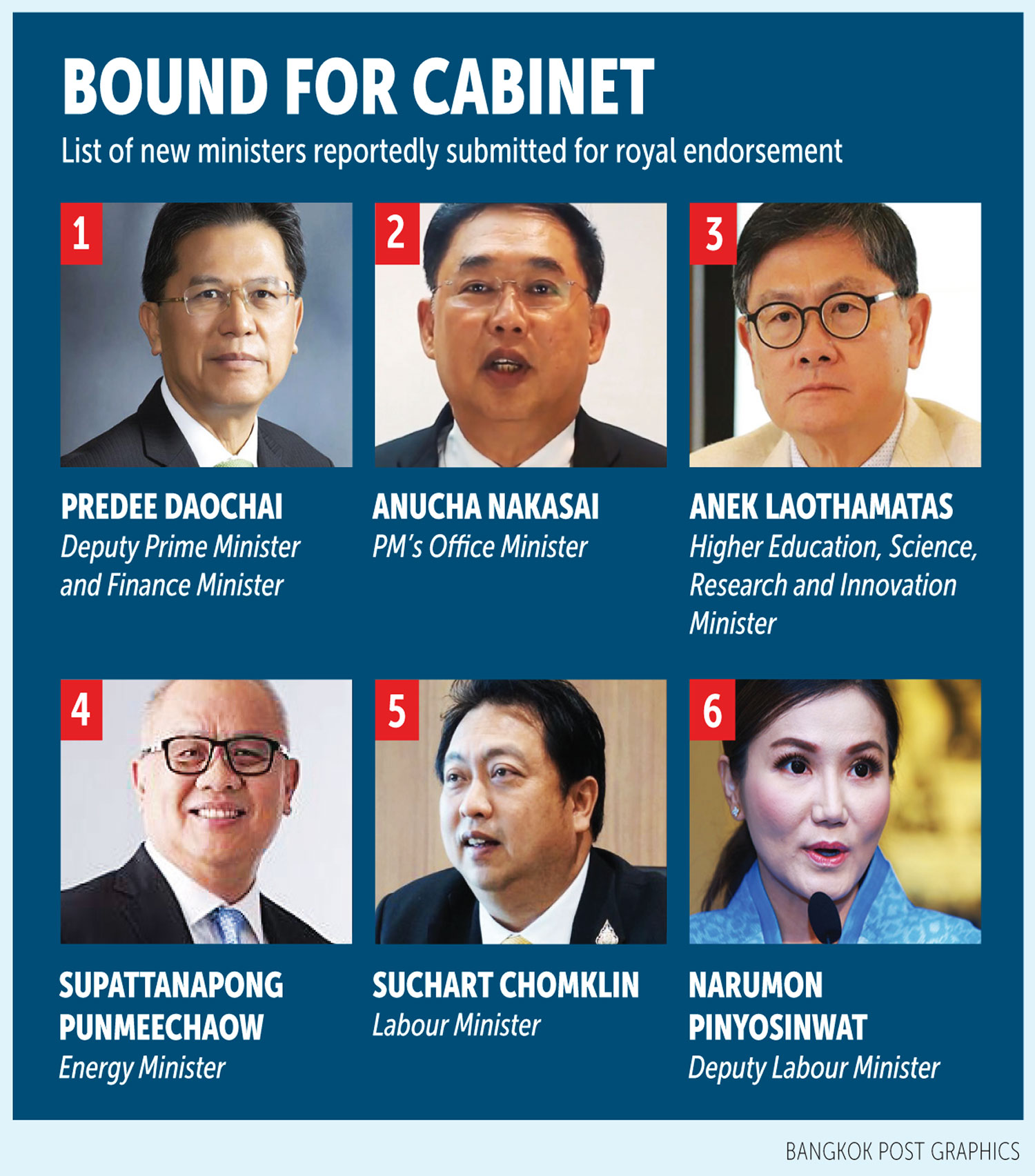 The list includes the names of the six people to be appointed for seven positions.

They include Predee Daochai, former co-president of Kasikornbank (KBank) and chairman of the Thai Bankers' Association, who is expected to become deputy prime minister and will concurrently serve as finance minister.

Anek Laothamatas, an executive of the Action Coalition for Thailand Party, will be the minister of higher education, science, research and innovation.

Suchart Chomklin, Chon Buri MP and deputy leader of the PPRP will be the labour minister and the government's current spokeswoman, Narumon Pinyosinwat, will be his deputy.