When is 'too much politics'?
Thailand
Politics

When is 'too much politics'?

There is bound to be a debate on how much politics a political party is involved in is considered too much. 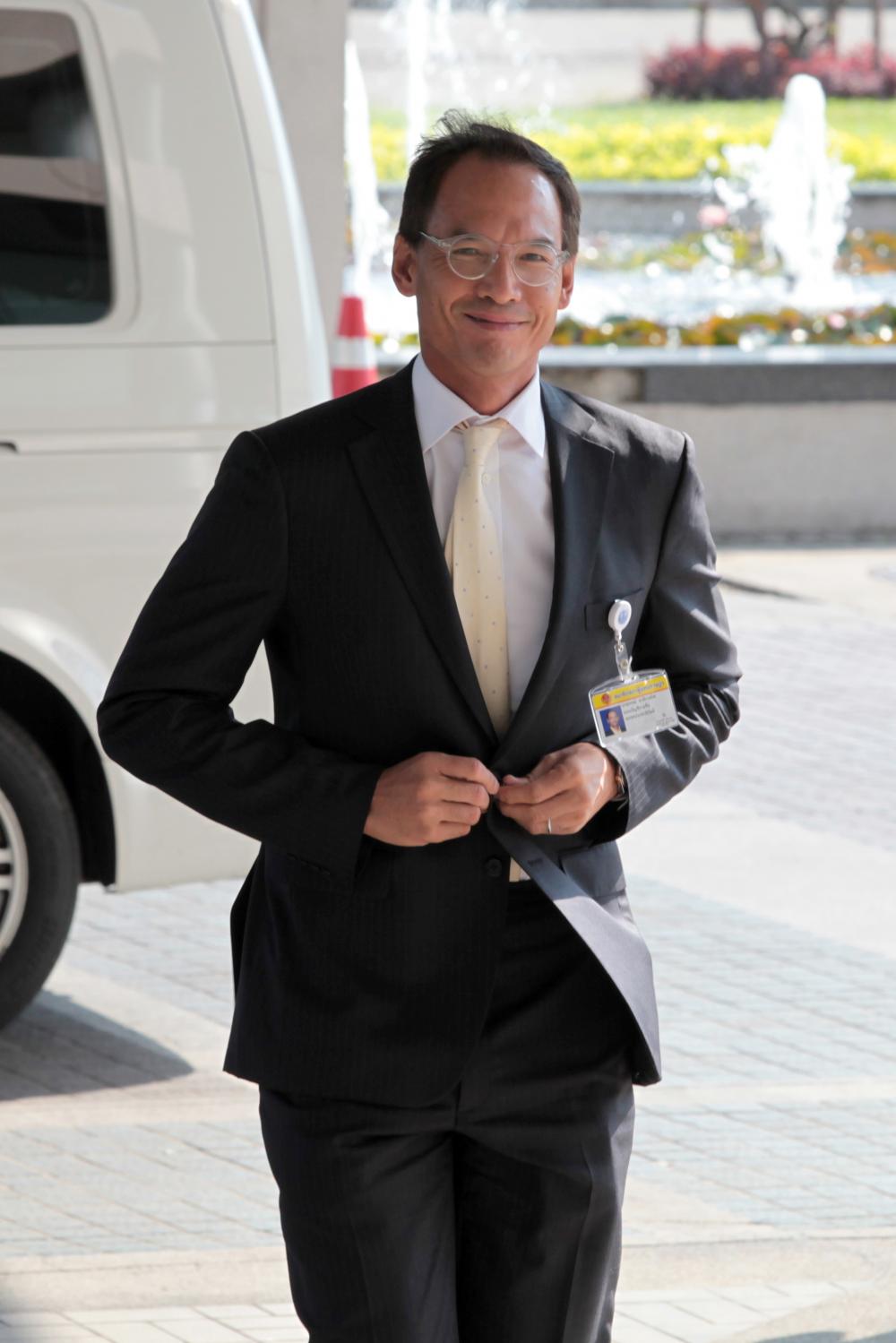 On the one hand, political parties are expected to play to their base and look the part of being heroic. However, they are also counted on to be calm and sensible and not be overly vocal about their stances on all the issues of the day.

As the political tension builds up -- fanned in recent weeks by the expanding youth-led, anti-government protest movements, and, of late, the public outcry over the perceived travesty of justice in the high-profile Red Bull scion's hit-and-run case -- politicians of several parties have offered their two cents amid questions over whether they have been trying to capitalise on the sentiments of various groups of people over the respective issues.

However, not much has been heard regarding the two issues from the Kla Party led by former finance minister Korn Chatikavanij.

Observers have noted that against the background of noisy comments by politicians on the two issues, the party, formed in February, kept itself firmly focused on organising a long list of activities to reinforce and broaden its support base comprising mainly of young professionals, especially in economic fields, with the clear agenda of moving past the old-school, empty-talk politics and acting on a pragmatic approach of dealing with national affairs.

The party had declared it was introducing a reinvented politics, one that promises a way out for people trapped in a labyrinth where those in power write or bend political rules to suit them, which fuels a seemingly perennial conflict that pits politicians against politicians, politicians against the people and people against people.

However, what begs an answer, according to critics, is how engaging with the various focus groups and playing football with them from time to time, as the party has been seen to have done, would meet its political target of taking the people by the hand and stepping over the threshold of social and political conflicts.

The critics were wondering if Kla might be more involved with people if it would, for example, lead a mass-signature campaign to demand an independent probe into the controversial decision by prosecutors to drop the charge of reckless driving causing death against Red Bull scion Vorayuth Yoovidhya and the police's subsequent move not to dispute that decision.

A political source agreed political parties should take a stand over the Vorayuth issue after studying all essential details or they could be criticised for politicising the case.

The source said politicians would create a positive impression on people, which would eventually benefit them at the polls, if their words and actions carried both sense and sensibility.

With the youth-led protests, Mr Korn wrote in his Facebook on July 25 saying students, who have spearheaded the rallies on many occasions, have the right to hold protests as long as they conformed to the law.

According to the Kla leader, no new social conflict should be sparked that could set the younger and the older generations on a collision course, which could be averted if people across age brackets had a sensible conversation and listen to one another more.

The protesters, many of whom have resorted to flash mobs at different venues to highlight their cause, demanded that Prime Minister Prayut Chan-o-cha resign over his alleged mismanagement of the country, a constitution rewrite and a stop to what they claimed are people's stifled rights and freedoms.

Mr Korn said he was concerned some protesters were dragging the monarchy into their movements which would only make divisions in society deeper with potentially violent consequences.

He said many youths who joined the party's development campaigns agreed that no political abominations should be condoned. They do not want to made to choose sides because it goes against democratic values.

However, Mr Korn noted that anyone refusing to choose sides must also be strong and independent because they belong to neither group and could displease both. 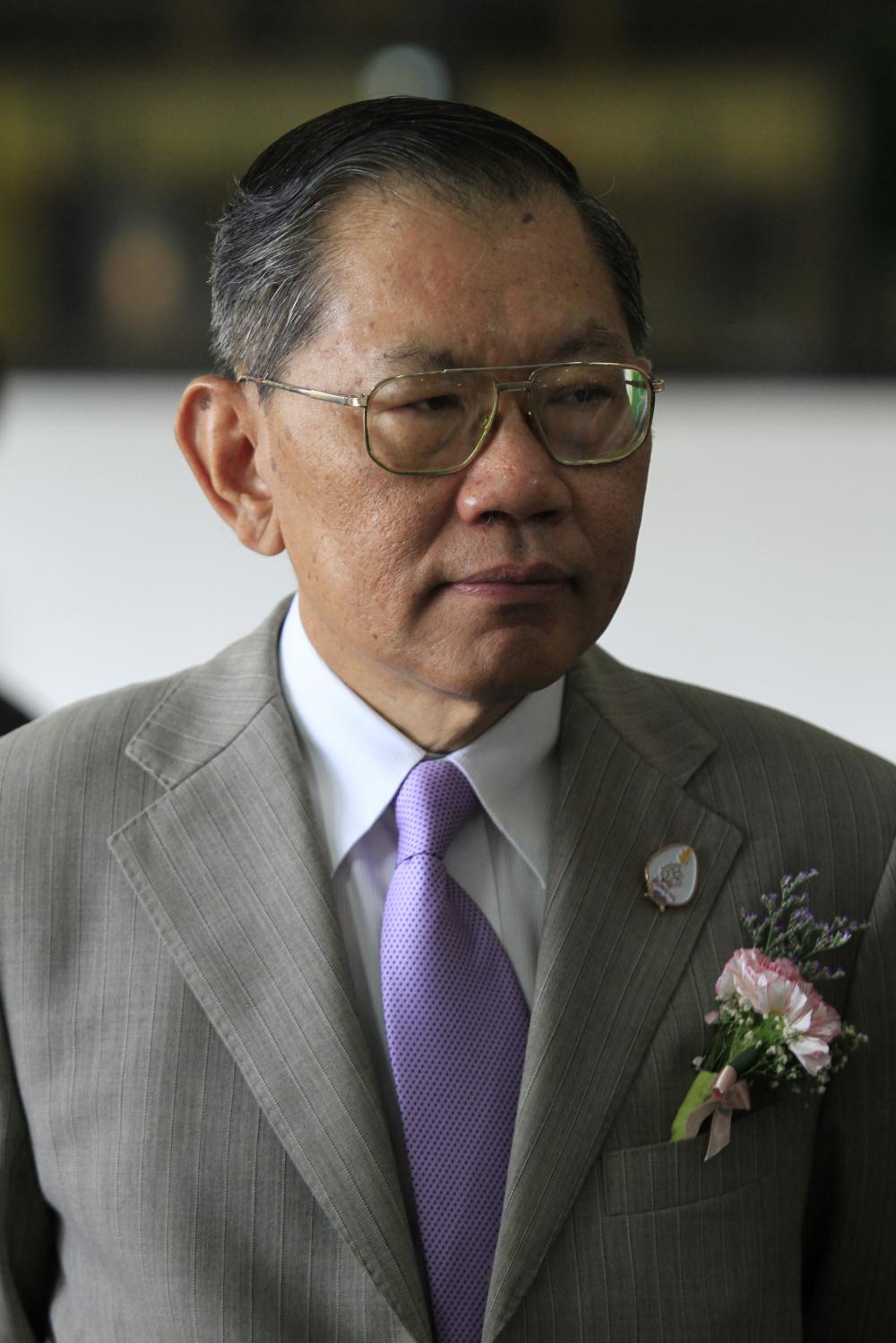 Prosecutors' decision to drop the reckless driving causing death charge against Red Bull scion Vorayuth "Boss" Yoovidhya in the 2012 hit-and-run incident has spurred a backlash with critics decrying the move as an example of the criminal justice administration system being bent to the will of the rich.

The reversal of the decision has enraged the public who over the years witnessed the statute of limitations of three other charges expire after Mr Vorayuth failed to appear for indictment appointments.

As they watched how the handling of the last but more serious charge of reckless driving causing death would unfold, the prosecutors made a U-turn and decided not to indict Mr Vorayuth. There were still seven years on the books in the reckless driving charge before the statute of limitations expires.

Before the prosecutors formally clarified their decision, a document was leaked, showing that two new witnesses came forth to give statements about the crash -- seven years after the investigation began. Their statements along with a new speed test convinced the prosecutors to let Mr Vorayuth off the hook.

With the outcry getting louder, Prime Minister Prayut Chan-o-cha on Wednesday set up a 10-member panel headed by former graftbuster Vicha Mahakhun to look into the facts and legal aspects of the prosecutors' decision to drop the charge.

The panel was given clear instructions that it must not interfere in the work or the authority of those handling the case, but it could make recommendations on how to improve relevant laws or enhance the performance of state officials.

Prior to the appointment of the Vicha panel, the Office of the Attorney General and the Royal Thai Police Office set up their own fact-finding panels to determine if the decision was backed by legitimate legal reasons and in compliance with the rules.

The move failed to soothe the public outrage but some political observers viewed it as a welcoming sign of concerned parties trying clear up any doubts or scepticism. Whether or not it will lead to further action was a different story, they said.

According to the observers, the Vicha investigation and the PM's order which stressed the prosecutors' discretion and independence were also the right calls.

By making it clear from the first instance that the government was not stepping into the prosecution's jurisdiction, there would be no misunderstanding that the justice administration system was open to political meddling, they said.

The PM-sponsored inquiry, which is to be wrapped in a month, will also deter any move by government critics and political opponents who may seize on the controversy and whip up a new political storm, according to the observers.

The dropping of the charge by the prosecutors is highly controversial and is shaking and even jeopardising public trust in the justice administration system, the observers said.

However, it is unclear what steps the OAG and the police can really take to restore public confidence without creating further legal complications, according to the observers.

By law the prosecution's decision is considered final and overruling their judgement is a breach of the law and undermines their long-established independence. Some suggest that a petition be lodged with a court to initiate a fresh inquiry that might bring the investigation back to square one.

But as the case never reached court in the first place, proposing a court intervention might be a step too far, the observers said.