We must stay united, says PM

Crisis 'can become our opportunity'

Stability is the key to driving Thailand's economy to rebound, and unity and cooperation from Thais are needed to revive the country in the face of the economic fall due to the Covid-19-crisis, Prime Minister Prayut Chan-o-cha said on Thursday.

In a keynote speech on "Thailand Rebounds, Policy in the New Normal'' at the "Bangkok Post Forum 2020" at Centara Grand at Central Plaza Ladprao, Gen Prayut said: "If there is peace and stability, this will be a good opportunity for the country. We are now doing a good job in dealing with Covid-19."

The seminar was to mark the 74th anniversary of the Bangkok Post.

"The opportunity lies ahead. Tourists will come back. Therefore, we should not lose this opportunity," the prime minister said.

He said that he would lead from the front but stressed that conquering the current issues required the cooperation from all sectors of society.

He pointed out that the global economic recession had affected many countries around the world, including Thailand, and he urged Thais not to lose heart. If they did they could get through the difficult times.

"Don't lose heart. We have to get through it. It is expected that things will be better in the next two or three years," he said. 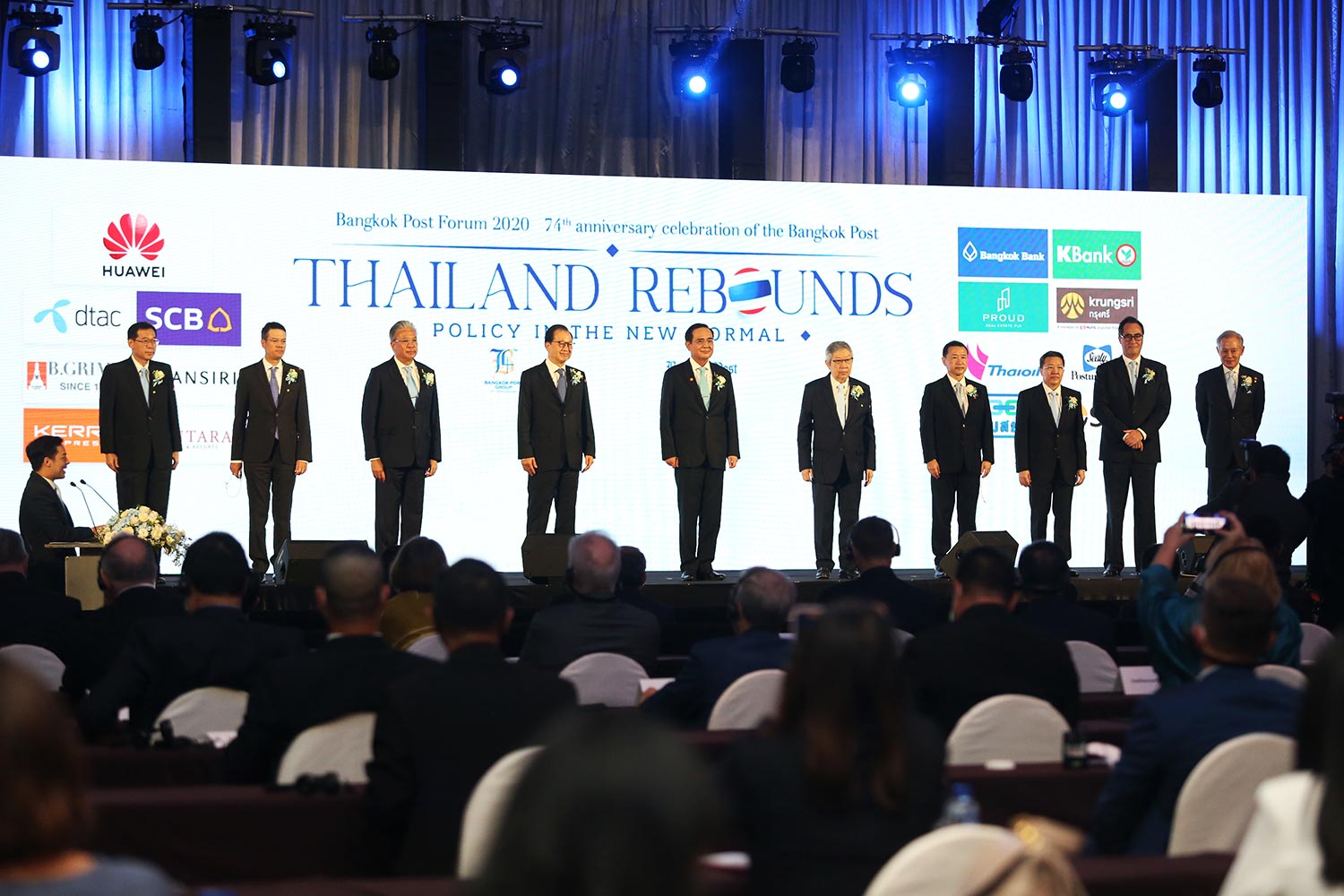 "Collaboration and understanding is important. It is also important to reduce conflict in several issues and build stability to win back confidence among people in the country and from abroad.

"Do we want to go back to square one? I don't think so ... But it all depends on you because you are the ones who will decide the future of Thailand. I only do my administrative job to the best of my ability,'' Gen Prayut said.

The prime minister said the government was now going full steam ahead to implement remedial measures to revitalise the domestic economy, help small and medium-sized entrepreneurs, promote exports and tourism to make sure negative growth will not drop below minus 10.

"I think we should turn this crisis into an opportunity to turn the country around.

"The country will not only come back good, but it must be better,'' the prime minister said, adding that nobody would be left behind.

The University of the Thai Chamber of Commerce said on Monday that Thailand's economy was likely to contract by as much as 11.4% this year, its worst showing ever, attributed largely to the pandemic, a volatile foreign exchange, widespread drought and the ongoing US-China trade spat.

"The success of Thailand depends on unity and cooperation among all of you," said the premier.

From left: Seats at the forum are spaced apart in keeping with social-distancing rules. (Photo by Varuth Hirunyatheb); Prime Minister Prayut Chan-o-cha chats to foreign participants. (Photo by Pattarapong Chatpattarasill)

From left: A room full of participants eager to learn about government policy in the ‘new normal’. (Photo by Pattarapong Chatpattarasill); Prime Minister Prayut Chan-o-cha talks to Abel Deng, CEO of Huawei. The company has affirmed its readiness to support Thailand’s information and communications technology infrastructure and smart devices to drive the country forward. (Photo by Pattarapong Chatpattarasill)

"I want every one of you to realise the importance of collaboration and creating internal stability to create a climate and restore investor confidence in projects initiated by the government, such as the Eastern Economic Corridor programme, the Southern Economic Corridor, special economic zone development programmes.

"These will build the foundations of Thailand's long-term social and economic development, and will pull the country out of the middle-income trap."

Gen Prayut went on to say the government would step up efforts to improve the way state agencies performed so as to allow more public participation by listening to people's opinions.

He vowed to improve the efficiency of state agencies' services through digitalised systems to respond more to public needs, adding that the government was also adopting a more proactive approach to restoring the economy in line with the "new normal'' way of life.

"Since I took office as prime minister on Aug 24, 2014, I have seen the Thai economy improve gradually.

"Right now, we are in a very good position because we are dealing with Covid-19 very well.

"The agricultural sector is our strength but it still needs to be upgraded with the aid of technologies. We also need to adjust the structure of the export sector to respond to the needs of the global market." 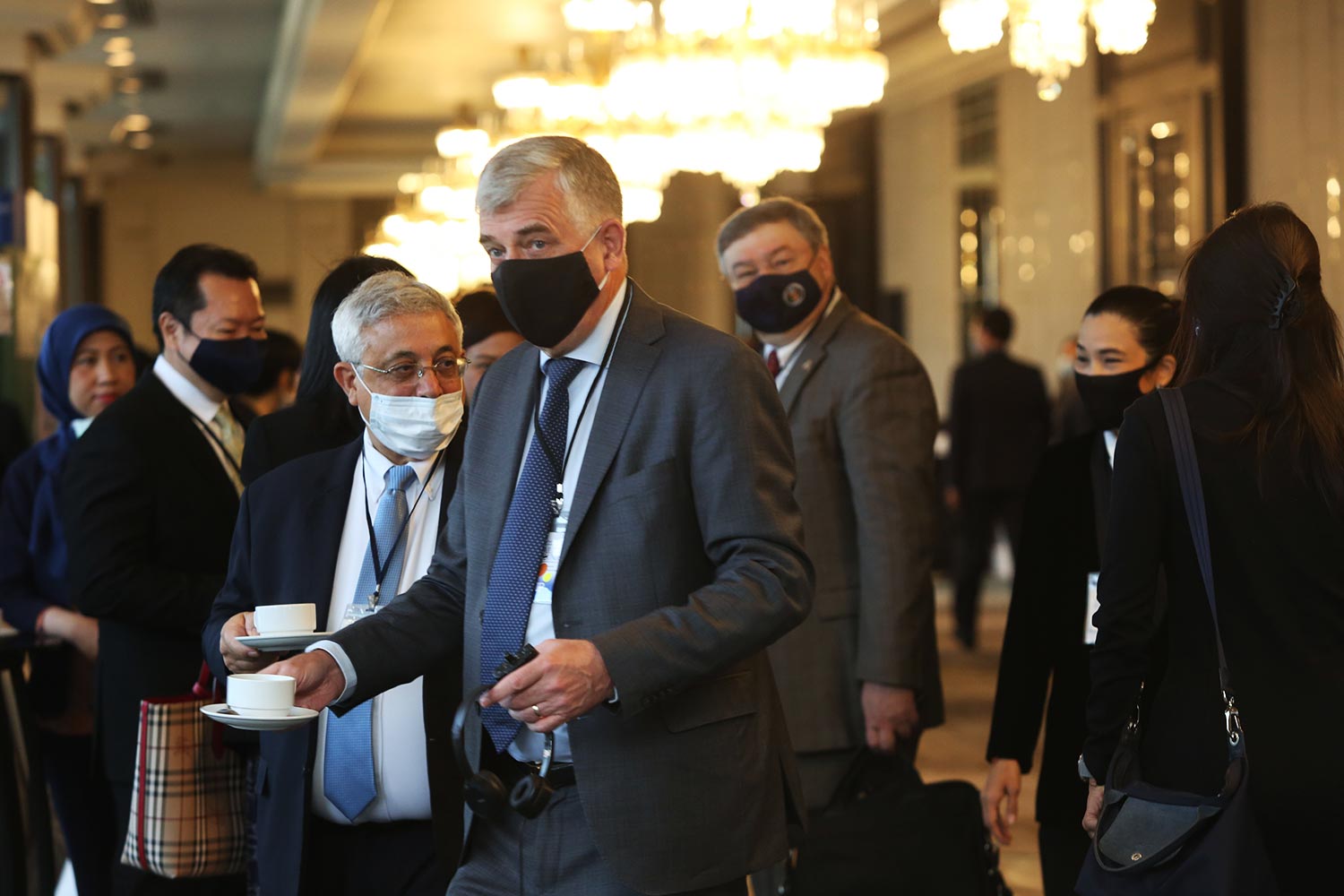