Prime Minister Prayut Chan-o-cha leads the new cabinet ministers and Foreign Minister Don Pramudwinai in reciting the oath of office before Their Majesties the King and Queen at the Ambara Villa in Dusit Palace on Wednesday. (Photo: Royal Household Bureau)

New cabinet ministers took the oath of office before His Majesty the King on Wednesday, completing the process of their appointment.

The ceremony is the last step in the newbies officially joining the cabinet.

Mr Don took part because he now has the added portfolio of deputy prime minister.

Deputy Labour Minister Narumon Pinyosinwat said afterwards that His Majesty offered the new ministers his moral support to work for the happiness of the people, according to Thai media. 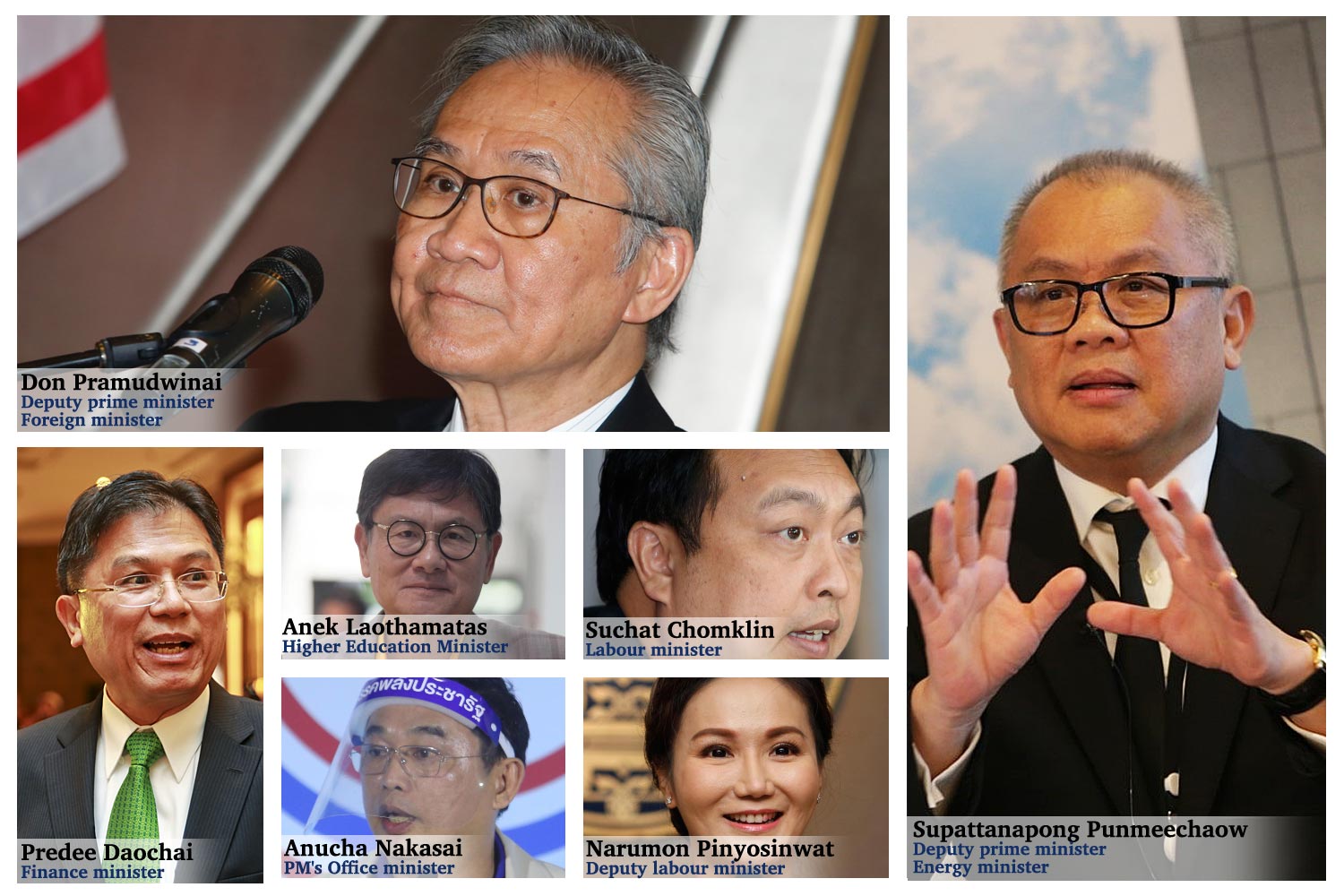 All new ministers will attend a cabinet meeting on Thursday.

Thanawat Phonwichai, president of the University of the Thai Chamber of Commerce, told FM100.5 news station on Wednesday there will be no honeymoon period allowed for the new ministers as the government battles the economic slump.