Some students at Samsen Wittayalai School in Bangkok displayed white ribbons and others raised a three-fingered salute on Tuesday morning. (Photo: Arnun Chonmahatrakool)

Deputy Prime Minister Prawit Wongsuwon light-heartedly dismissed the three-fingered hand gesture used by protesting students as the salute used by the Boy Scouts, and then warned that people supporting the political demonstrations should think carefully.

Reporters at Government House on Tuesday asked him about the increasing display of three-fingered salutes and white ribbons by secondary school students during morning assembly.

When reminded that the gestures were a symbol of political opinion, the deputy prime minister said he was worried about the children. They needed to have things explained to them, so they would have a better understanding.

Asked if he thought use of the gesture would grow widely among students, Gen Prawit said, "It is up to the people who give their support, and (they) must think carefully."

Asked if the three-fingered salute was acceptable, he declined to answer and left.

Students in many schools have been seen flashing the three-fingered salute during their morning assembly before the national flag, and wearing white ribbons, in opposition to dictatorship.

Prime Minister Prayut Chan-o-cha said after the cabinet meeting on Tuesday that many students told him they were bullied and shunned by peers if they did not take part in demonstrations.

"That is dangerous. Some people do not want to participate. I would like everyone to be rational," he said.

MP Somkid Chueakong, of the opposition-core Pheu Thai Party, denied a senator's allegation that politicians were behind the ongoing political demonstrations. He said six Pheu Thai members were only "observers" at such rallies.

Senator Somchai Sawaengkarn told the upper chamber on Tuesday that some political parties reportedly brought thousands of people to attend political demonstrations, and there were attempts to organise young people's movements to emulate the rallies in Hong Kong. 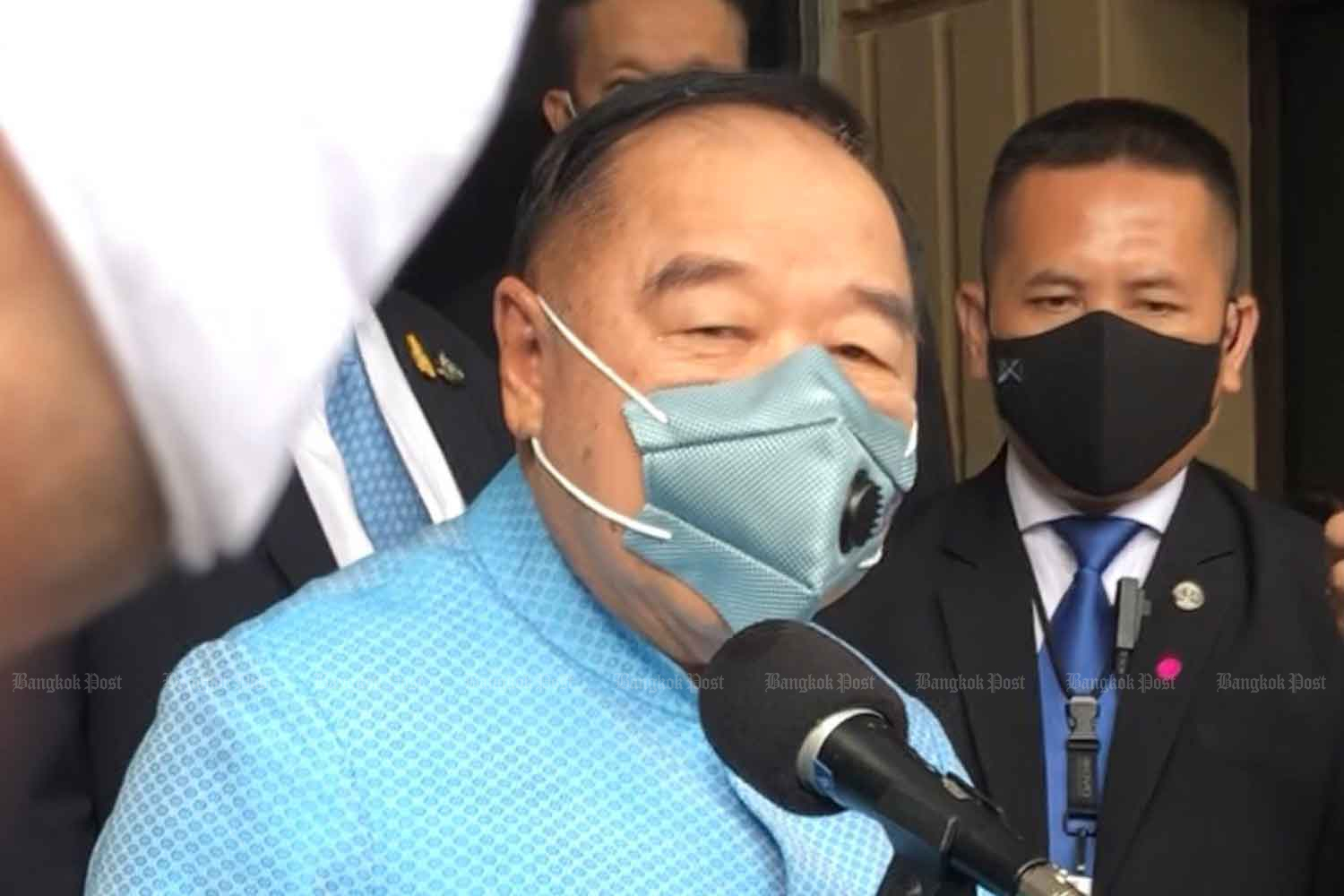