The Progressive Movement will field candidates for election to provincial administration organisations (PAOs) in 32 provinces in its first test of support at the polls.

The movement's leader, Thanathorn Juangroongruangkit, announced its intention on Friday.

He said the group's candidates will run for office in at least 32 provinces in the PAO polls, which are to be held in December.

More provinces could be added later if the candidates were ready, he said.

The movement will campaign under the slogan, "Changing Thailand starts at home".

Mr Thanathorn promised there would be no vote buying. Candidates would bid for voter support with policies including mass transit projects and tourism, environment and education issues. "We will campaign on our platform," he said.

Mr Thanathorn and other former MPs of the Future Forward party have been on the political trail in many provinces since the party was disbanded by the court in February for accepting an illegally large 191 million baht election campaign loan from Mr Thanathorn.

Future Forward was reborn as the Move Forward Party.

Mr Thjanathorn, who is currently banned from standing for political office, has said previusly that local elections will be a key target for his new political movement. (continues below) 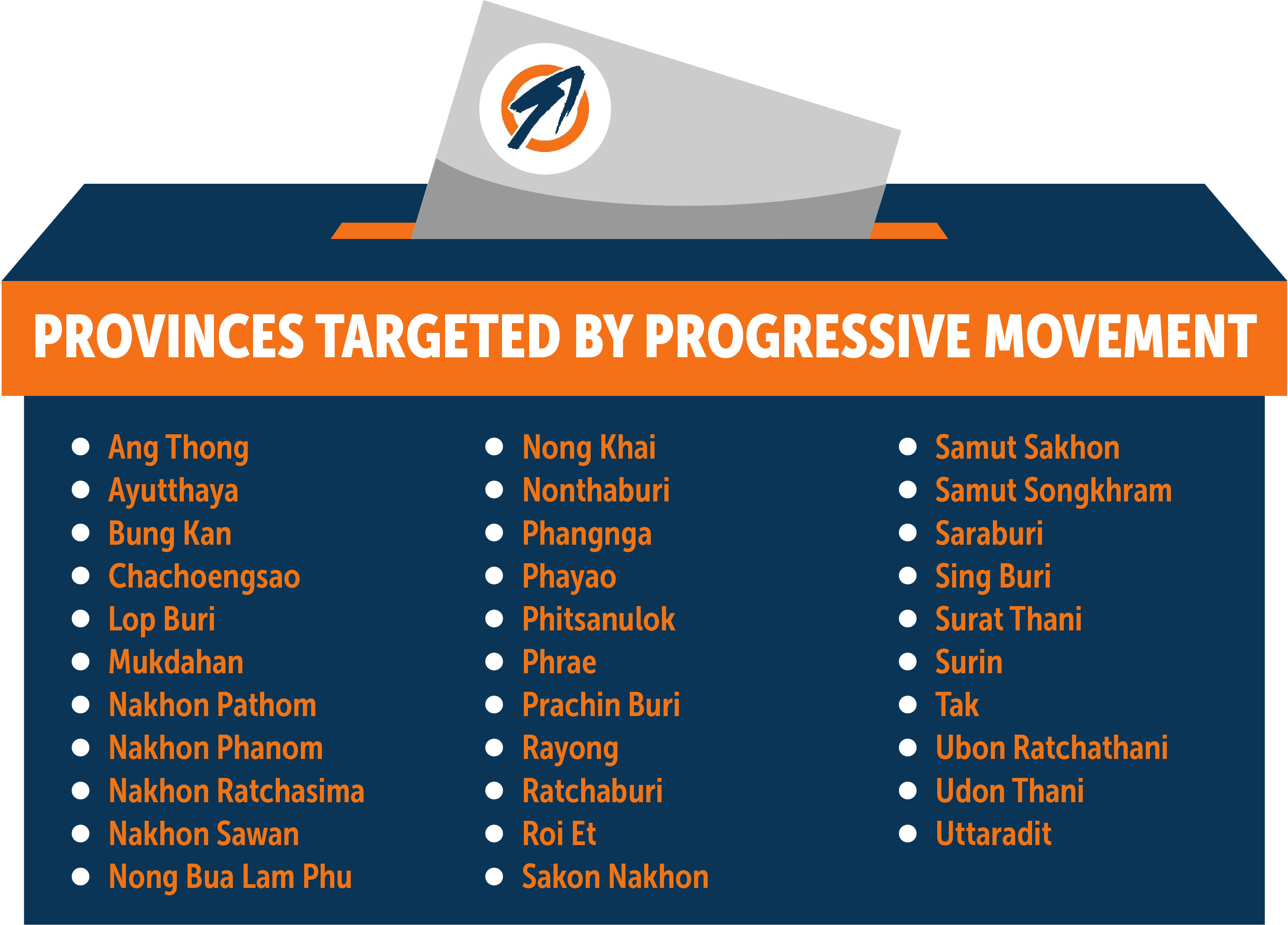 The country's PAOs administer a total annual budget of 80 billion baht. This huge sum is attractive to many national politicians, who opt out and run in local government elections instead.

The Progressive Movement is the first political group to clearly target the local government polls, after the cabinet on Tuesday approved the holding of PAO elections in December.

The Election Commission said on Friday it will meet on Monday to set the date, which must be on a Sunday, with Dec 20 the most likely choice, as Dec 13 is a holiday weekend and Dec 27 too close to the New Year break.