Police anxious about clashes at protest

Anti-government protesters splash blue paint on security officers during a scuffle near Democracy Monument on Ratchadamnoen Avenue. Police ordered the protesters to leave as the road was being prepared for Tuesday's royal motorcade. (Photo by Pornprom Satrabhaya)

In another move likely to frustrate the protesters, police have vowed to stop them from marching to Government House after a group of royalists moved to thwart them by mobilising supporters along the route of a royal motorcade.

A group of about 20 protesters, led by Mr Jatupat, set up tents on Tuesday in front of a McDonald's restaurant close to the Democracy Monument in Ratchadamnoen Avenue and Satriwithaya School ahead of Wednesday's mass rally.

Mr Jatupat, who was on a makeshift stage on the back of a pickup truck, had been giving a speech through a loudspeaker, next to a banner that said: "Dissolve the House under new rules and revoke Section 112". That is the section in the Criminal Code that is better known as the lese majeste law.

This prompted police to ask them to stop their protest because nearby Ratchadamnoen Avenue was due to be used by His Majesty the King's motorcade en route to the Grand Palace, where royal ceremonies were held on Tuesday to mark the fourth anniversary of the passing of His Majesty King Bhumibol Adulyadej The Great. 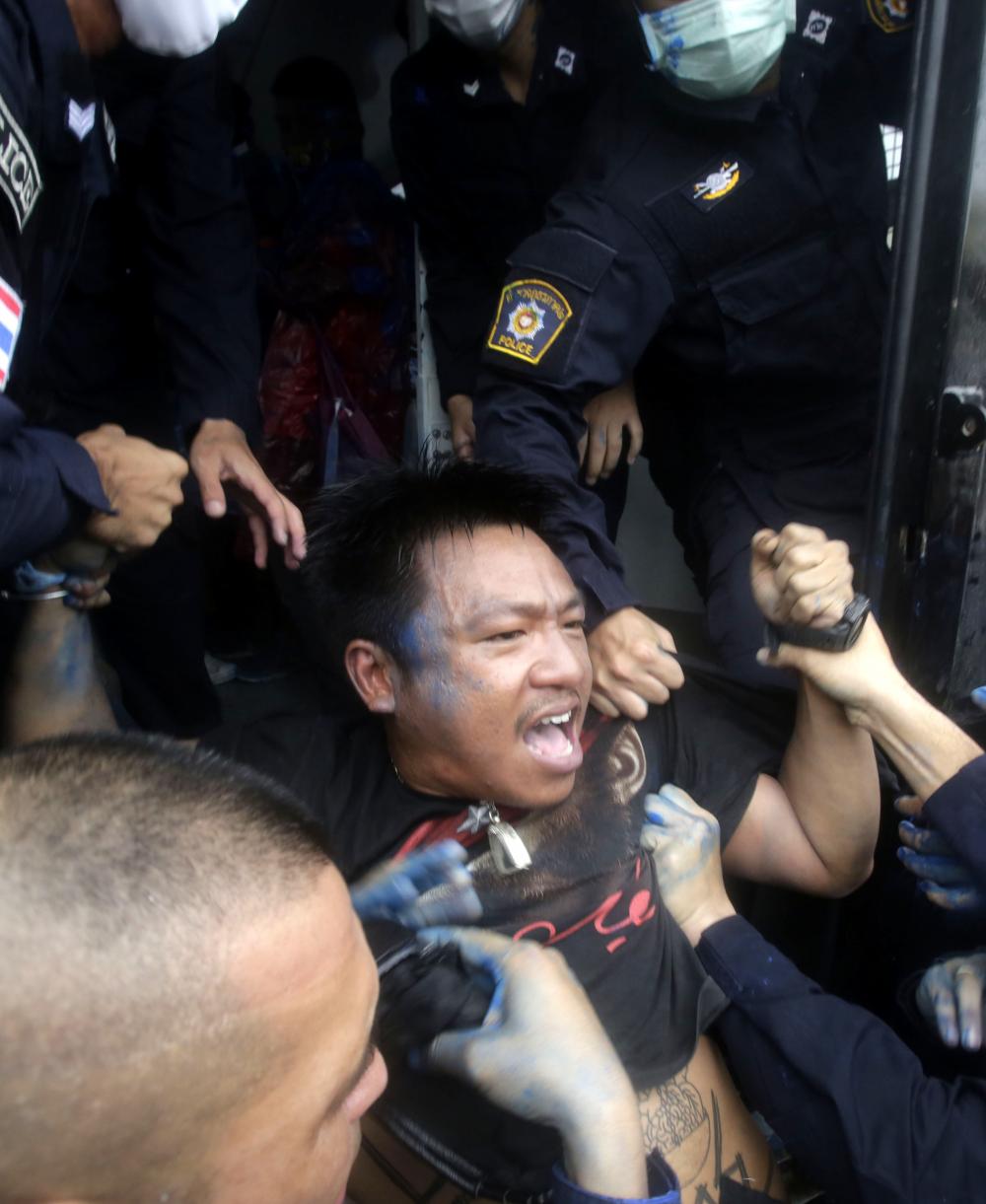 However, the demonstrators ignored the police request, prompting officers to arrest Mr Jatupat and other protest leaders.

Deputy police spokesman Pol Col Kissana Phathanacharoen said about 19 protest co-leaders were arrested for breaking the public assembly law by failing to secure prior permission from the police.

Pol Col Watcharawee Thammasema, commander of the Special Branch Bureau's Division 3, said police would on Wednesday prevent protesters from reaching Government House and would ask them not to use Ratchadamnoen Avenue, since it would be used by the royal motorcade.

Pol Maj Gen Somprasong Yenthuam, deputy chief of the Metropolitan Police Bureau, said he was concerned about a confrontation between the opposing groups and that senior officers were devising measures to prevent any clashes.

His Majesty the King will on Wednesday go to the Temple of the Emerald Buddha for the graduation ceremony of monks and novices who have completed Pali studies. 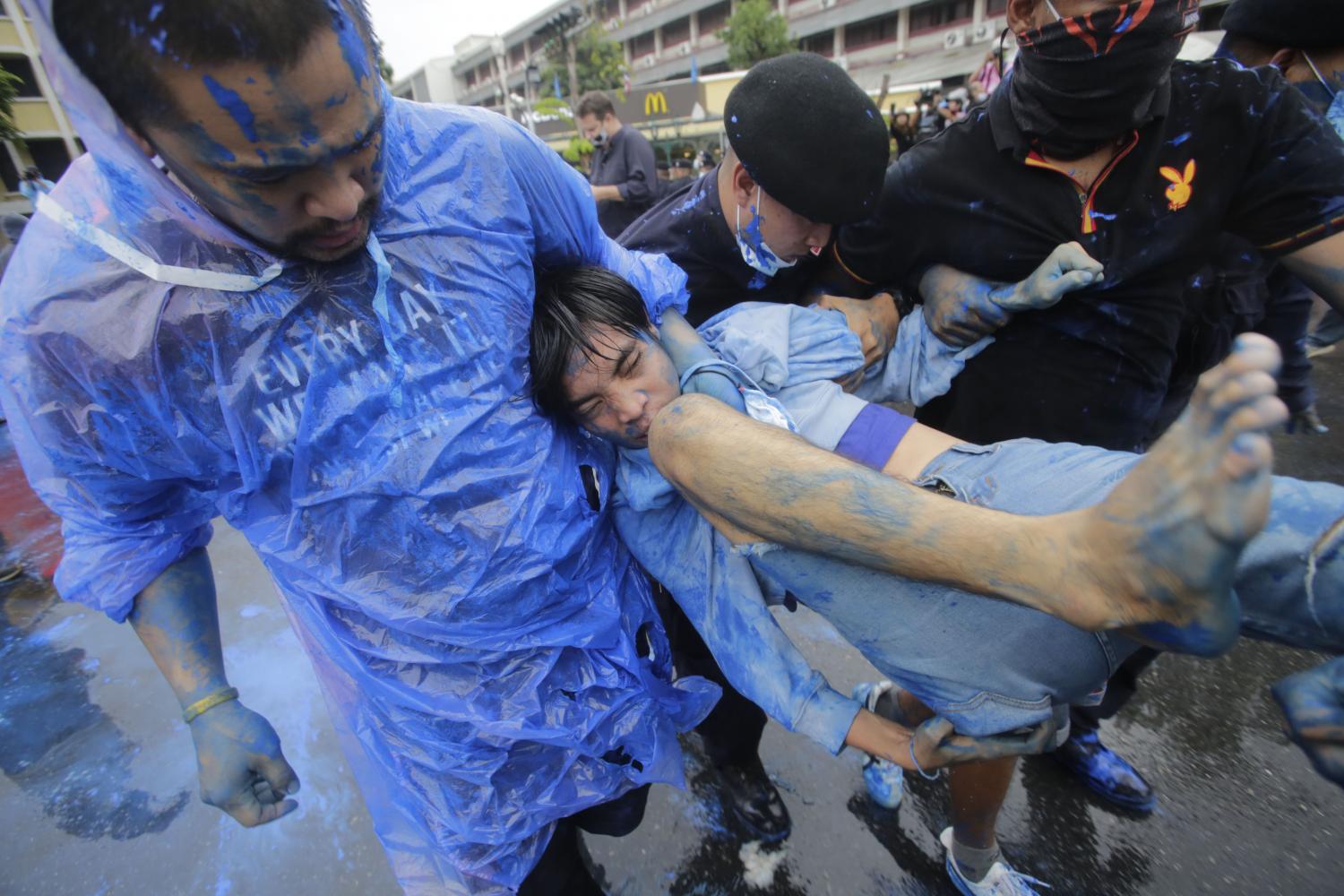 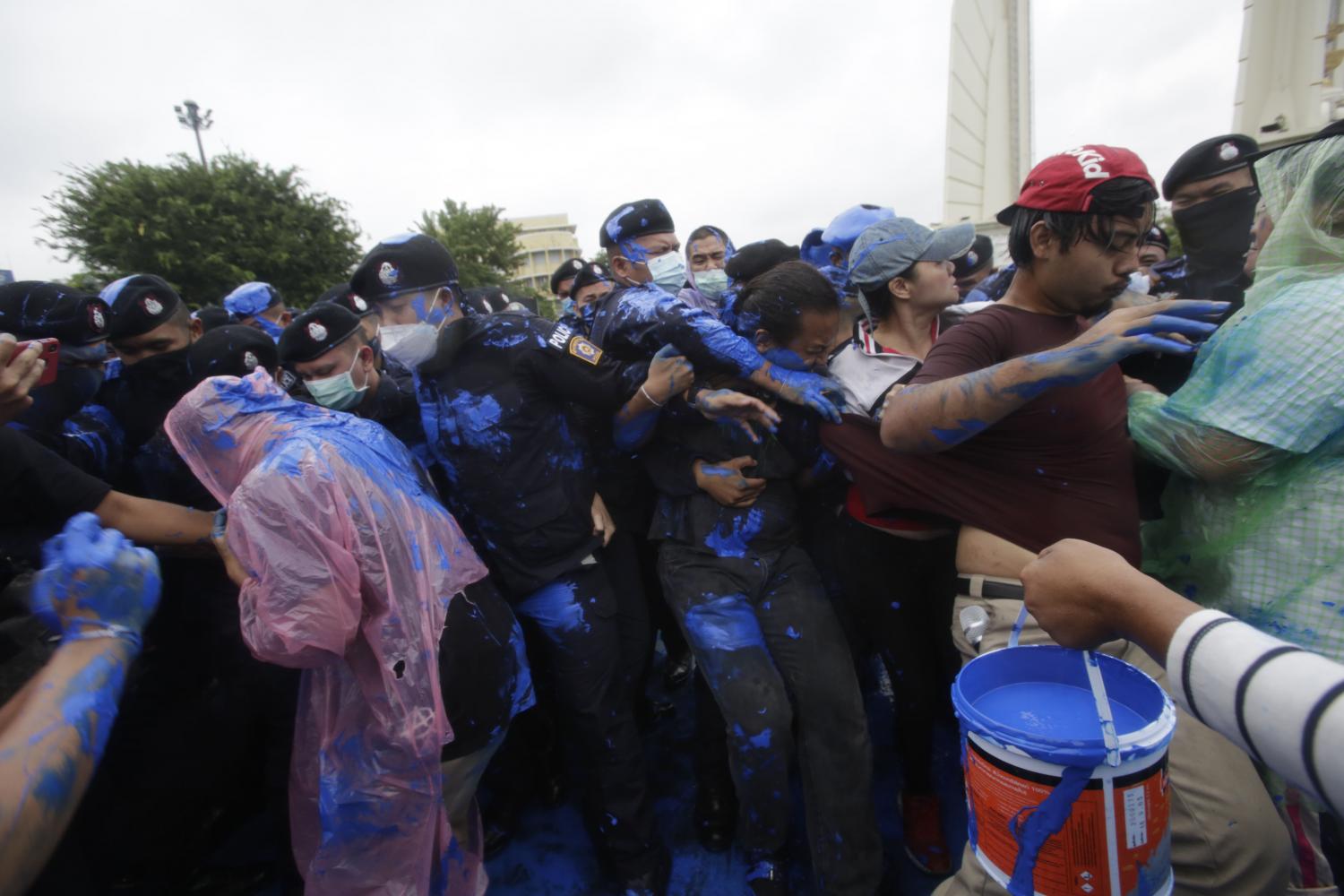 Police will try to convince protesters to use nearby Nakhon Sawan Road. They will be allowed to go as far as Chamai Maruchet Bridge, where barricades will be set up to prevent them from proceeding to Government House.

Pol Col Watcharawee who supervises security around Government House said the public assembly law stipulated that protesters cannot go within 50 metres of the building. The rally has drawn fierce criticism from opponents, including royalist groups.

Suthep Thaugsuban, former protest leader of the now-defunct People's Democratic Reform Committee, took to Facebook on Tuesday, saying he would join Thais and wear yellow, the traditional birthday colour of His Majesty the King, and wait for the royal motorcade on Ratchadamnoen Avenue.

The Thai Pakdee (Loyal Thais) group plans to gather in front of the Temple of the Emerald Buddha and wait for the royal motorcade, while another pro-monarchy group, the Rubbish Collection Organisation, will be gathering at Makkawan Rangsan.

A passenger plane went missing in Nepal on Sunday with 22 people on board, its airline said.