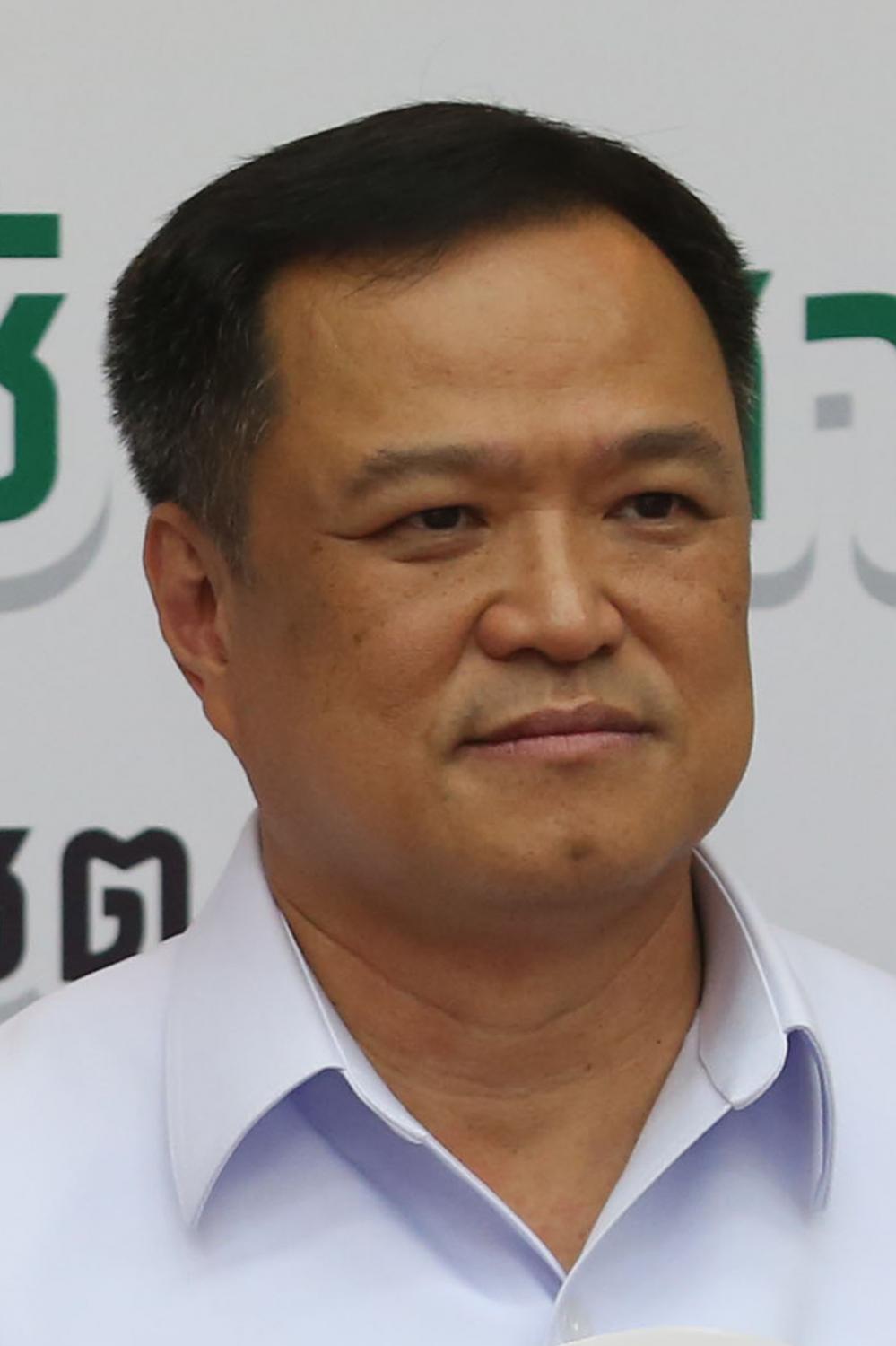 The escalating political tension on the streets that has spilled over into parliament has raised the level of anxiety being felt by businesses to new heights.

Observers insist that at the end of the day, the economy is the worst casualty of a political fallout that has thrown people's livelihoods into disarray.

The sustained anti-government protests in Bangkok and some other provinces have held steadfast to their demands for the immediate resignation of Gen Prayut Chan-o-cha as prime minister, a constitution to be rewritten in its entirety and the monarchy to be reformed.

Since the ball landed in the government's court, the coalition parties have made their stand clear; they will accept only one demand, to fix the charter.

The coalition parties have also agreed to stick together despite calls from some quarters for the medium-sized Democrat and Bhumjaithai parties to withdraw from the government in a bid to "clear the deck' and set in motion a process electing a new prime minister in parliament.

Bhumjaithai leader Anutin Charnvirakul says his party agrees with straightening out the charter but insists the amendments leave the chapter concerning the monarchy alone. He has reiterated his party's unwavering loyalty to the higher institution.

The 11 micro-parties which are members of the coalition line-up have also openly pledged to stay put and the Democrat Party said it remained firmly committed to upholding the constitutional monarchy.

The protesters, meanwhile, have refused to drop their demand for reform of the monarchy, despite suggestions that the movement would gain even wider public support if they did.

Piyabutr Saengkanokkul, secretary-general of the anti-government Progressive Movement, has called for the formation of a special House committee to discuss monarchy reform.

His reasoning was that it would offer a "safe area" for discussing the highly sensitive matter.

The observers said the protesters and the government had agreed not to agree on what should be incorporated into the charter amendment.

With the government unyieldingly insistent on leaving the monarchy reform issue untouched but the protesters solidly backing the demand, there is little chance of a common ground being forged to get the charter amendments rolling any time soon.

But time is of the essence since the protests have popped up in several key locations across Bangkok, and sometimes in the provinces as well.

The more protracted the rallies, the more protesters are exposed to the possibility of violence being instigated by an outside influence, according to a security expert.

On Tuesday, the cabinet seconded a proposal to convene a special parliamentary session to try to find a way to ease the political unrest.

It was reported the House and the Senate would schedule a joint sitting for two days from Monday, Prime Minister's Office Minister Anucha Nakasai announced.

The proposal needs to be endorsed by His Majesty the King.

The fact lawmakers were prepared to go through the trouble of opening an extraordinary session, even though a normal parliamentary meeting was only six days away, underscored their growing concerns over the protests and their attempt to defuse the political tension.

In the meantime, the Federation of Thai Industries (FTI) believes the charter amendments can ease some of the mounting political pressure.

The federation said last week the confrontation between the government and the protesters would only push the weak economy downhill and it urged dialogue as a way out.

FTI chairman Supant Mongkolsuthree said a special parliamentary session would keep the political unrest from spinning out of control.

He said the federation was concerned the instability would dampen business confidence, which has shown sign of improving following the easing of lockdowns.

The FTI reported earlier that the Thailand Industrial Sentiment Index in September continued to increase for the fifth consecutive month, from 84 points to 85.2s.

The increase came partially from economic stimulus packages and partly from improvements in exports after foreign trade partners eased their lockdown orders.

Also this week, Deputy Prime Minister Wissanu Krea-ngam said a royal decree had been issued for the normal parliamentary session to start on Nov 1.

However, he said the constitution also authorises the cabinet to seek the King's approval to open the door for an extraordinary session to address matters considered vital to the governance of the country.

Adding to the political complications, some royalist groups have indicated they might stage a counter-rally on the weekend.

However, Warong Dejkitvigrom, leader of the high-profile Loyal Thai group, maintained that matching a protest with a protest might not be a good idea.

He voiced confidence the government had the protests under control and knew how to handle the political conflict. 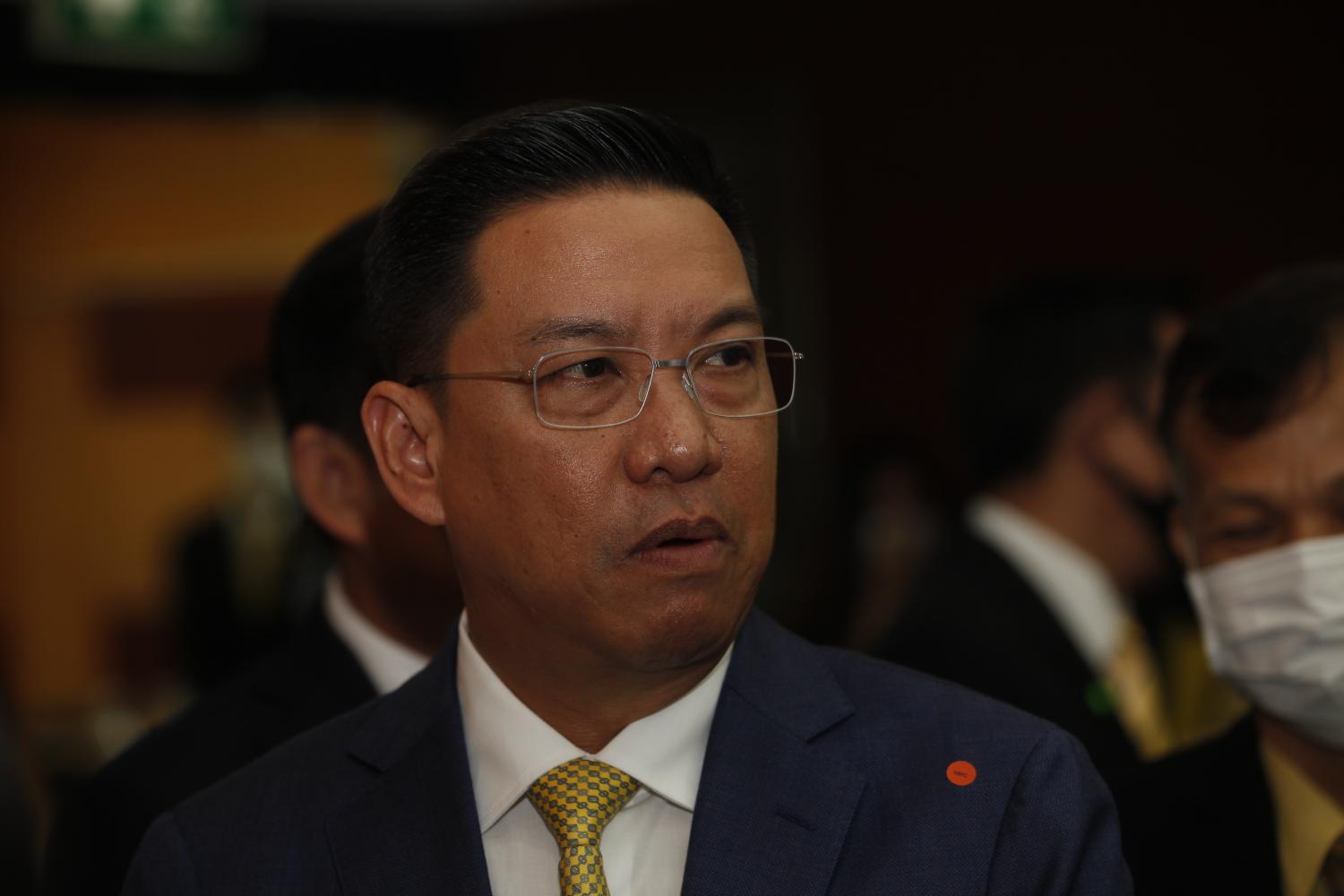 The Criminal Court's decision to lift an order to close the online platforms of four media outlets and an anti-government movement has brought a sigh of relief among advocates of a free press.

According to observers, the court's ruling is seen as buttressing the right to protections enjoyed by media outlets under the constitution. It is seen as setting a precedent as to how far authorities can go when doing their job in enforcing the laws and regulations.

Supporters of media freedom were anxious last Monday following reports that online platforms run by broadcast and online outlets and an anti-government group -- VoiceTV, Prachatai.com, The Reporters, The Standard and the Free Youth movement -- were facing threats of shutdown for breaching the state of emergency over content relating to anti-government protests.

It was reported the court had granted the Digital Economy and Society (DES) Ministry's request to close 12 URLs.

However, on Wednesday the court revoked the order, reasoning that the DES Ministry's request was unclear. It was not explicitly stated whether the ministry was seeking to block those media outlets or if it was banning certain content published by them.

The court not only rejected the DES Ministry's request but also pointed out it was unconstitutional.

It said the rights and liberties of the people to communicate should be protected as stated in the constitution, which prohibits the state from shutting down the media to suppress freedom of expression. Therefore, the interpretation of the Section 20 of the Computer Crime Act and Section 9(3) of the state of emergency decree must be in accordance with the provisions of the constitution.

Before the court released its decision, DES Minister Buddhipongse Punnakanta defended the ministry's action, insisting it had no policy to censor the media and had not singled out any outlets or individuals in its move.

The DES ministry, based on the minister's interview, was responding to a police request regarding dissemination of news stories and comment deemed illegal under the law. It filed the request with the court which would have a final say, said the minister.

"There is no ministry witchhunt against the media. The posts [to be blocked] are from both reporters and non-reporters," he was quoted as saying. "We wish we didn't have to take legal action but when it happens, the law must be enforced."

According to observers, the court's ruling reflected the DES Ministry's lack of understanding about the scope of its authority to review media content.

Shutting down a station, taking down its webpage or blocking its entire domain crosses the line, and this judgement sets a precedent that a state of emergency only grants the government the right to remove individual articles, believe observers.

The court's decision should ease worries among media outlets which are carrying significant coverage of the anti-government protests that the voicing or publishing of a single opinion could result in the entire organisation's closure during such times.

However, media outlets must remain careful when covering issues of national security, as it is unlikely the DES Ministry will make a second, similar error of legal judgement.

KAZAN, Russia: Mourners gathered Wednesday for the funerals of students and staff killed by a teenage gunman at a Russian school, a tragedy that spurred calls for tighter controls on guns and the internet.

Activist 'Rung' says she has Covid-19 after weeks in jail