They demand no talks on monarchy reform

Royalists pose for a photo outside Parliament on Sunday with a message calling for more people to join them. (Photo from People's Group to Protect the Monarchy Facebook account)

A number of royalists says they'll stay overnight outside Parliament to "protect" the legislative compound amid speculation that it might be surrounded by anti-government protesters seeking to put pressure on Prime Minister Prayut Chan-o-cha to resign.

People wearing yellow started gathering on the pavements of Kiakkai Road outside Parliament on the eve of a special parliamentary session held in a bid to find a solution to the political crisis.

"Everybody is welcome to camp out with us," the People's Group to Protect the Monarchy said on its Facebook page.

The group staunchly opposes any discussion of reform of the monarchy among the joint chambers. It said its members will petition Parliament President Chuan Leekpai on Monday not to add the issue to the agenda.

The yellow-clad demonstrators seized the areas outside Parliament amid speculation that anti-government protesters might again come to press their demands on MPs, senators and the government.

Student-led protesters also want a new charter to replace the present one written in favour of the military-backed government, and some also seek reform of the highest institution.

"You can go after Prayut but don't touch the monarchy," one member wrote on the royalist group's Facebook page.

Across town, protesters returned to Ratchaprasong intersection to voice their demands. Protest leaders have said if Gen Prayut is sincere in calling on all sides to take one step back, he should quit his post. 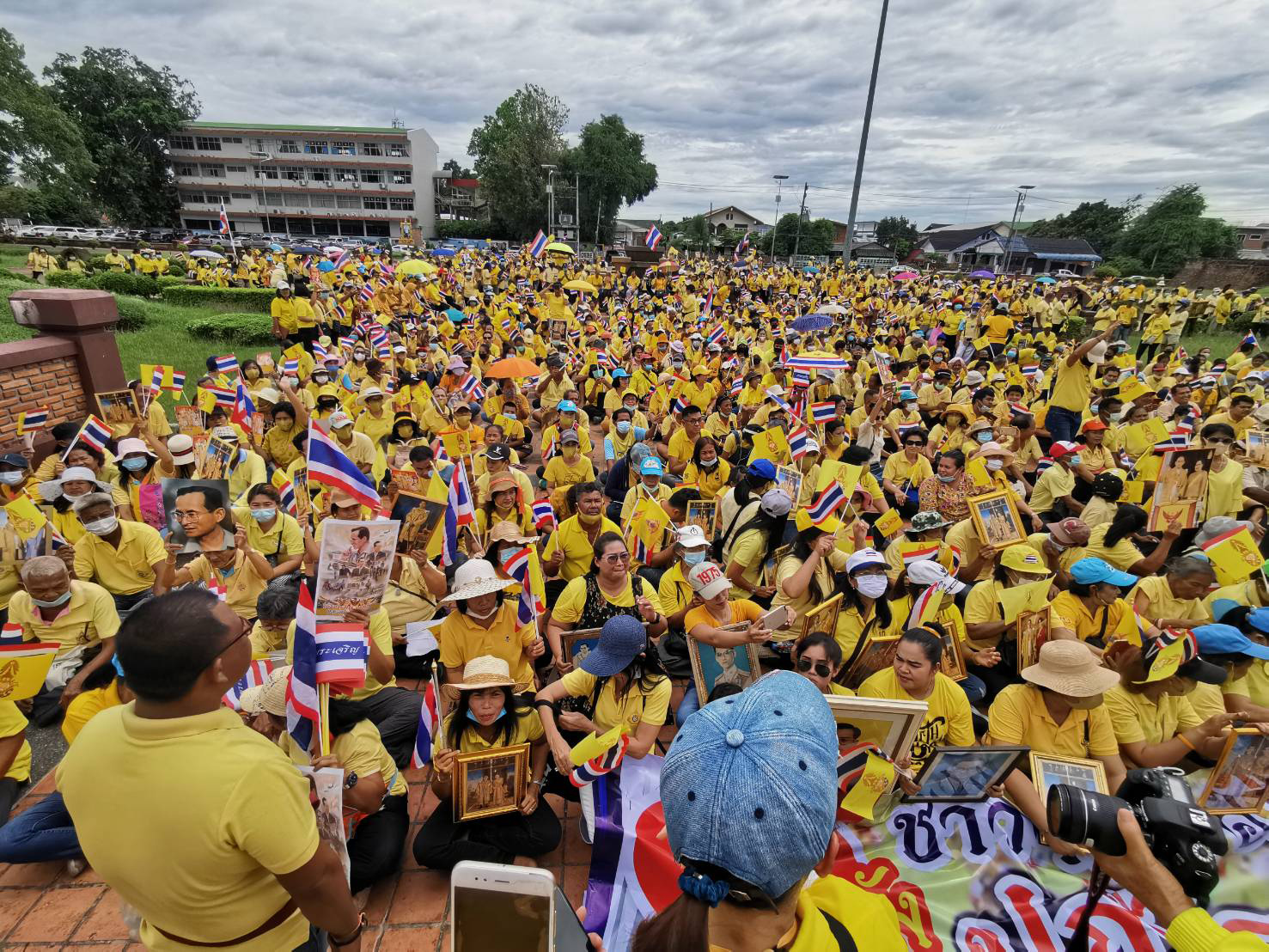 People in yellow show their loyalty to the monarchy at a gathering in Muang district of Nakhon Si Thammarat province on Sunday. (Photo by Nujaree Raekrun)

Warong Dechgitvirom, leader of the Thai Pakdee group, continued his nationwide campaign to urge royalists to make more noise and step up their actions to protect the monarchy.

He was in Nam Phong district of Khon Kaen province on Sunday to lead an activity that drew about 200 people to show their determination to protect the highest institution.

"Our country faces threats from some people trying to bring down the monarchy," he said.

Khon Kaen is a major province in the northeastern region where several rallies against the government have been held.

Marches by royalists also took place in other provinces, including Narathiwat and Nakhon Si Thammarat, where more than 1,000 took part in each.