Demonstrators ask US to stop 'hybrid war' against Thailand

Singer Haruethai "Ooh" Muangboonsri, left, and academic Satra To-on demonstrate outside the US embassy in Bangkok on Tuesday. (Screenshot from TNEWS channel)

Pro-monarchy activists showed up in front of the United States embassy in Bangkok on Tuesday, asking Washington to stop its "hybrid war" in Thailand.

The group, led by singer Haruethai "Ooh" Muangboonsri, carried several signs written in English accusing the US of hybrid warfare and interfering in Thailand's internal affairs.

One said, "Stop hybrid war. Pease return peace to the world". Another, addressed to  ambassador Michael George DeSombre, declared, "Your job in Hong Kong was good, but it doesn't work for Thailand".

They did not attempt to deliver a letter to the embassy.

"We are here to tell the US via the US embassy to respect the internal affairs of Thailand. Thailand is a friendly nation and both have had good ties for a long time," Mrs Haruethai said.

Mrs Haruethai said the royal institution was accused of being behind the coup d'etat by Gen Prayut Chan-o-cha, and the accusation was baseless.

The purpose of the coup was to prevent Thai people from killing each other, after many people rallied to demand corrupt politicians be dealt with by the justice system, she said.

She would continue encouraging pro-monarchy people to show up to stop offences against the royal institution.

If Thai people were divided, Thailand would collapse and be ruled by another country, she said.

The demonstrators included academic Satra To-on, who said hybrid warfare had damaged many countries, and Thailand did not want it.

He accused the US government of being behind such warfare. 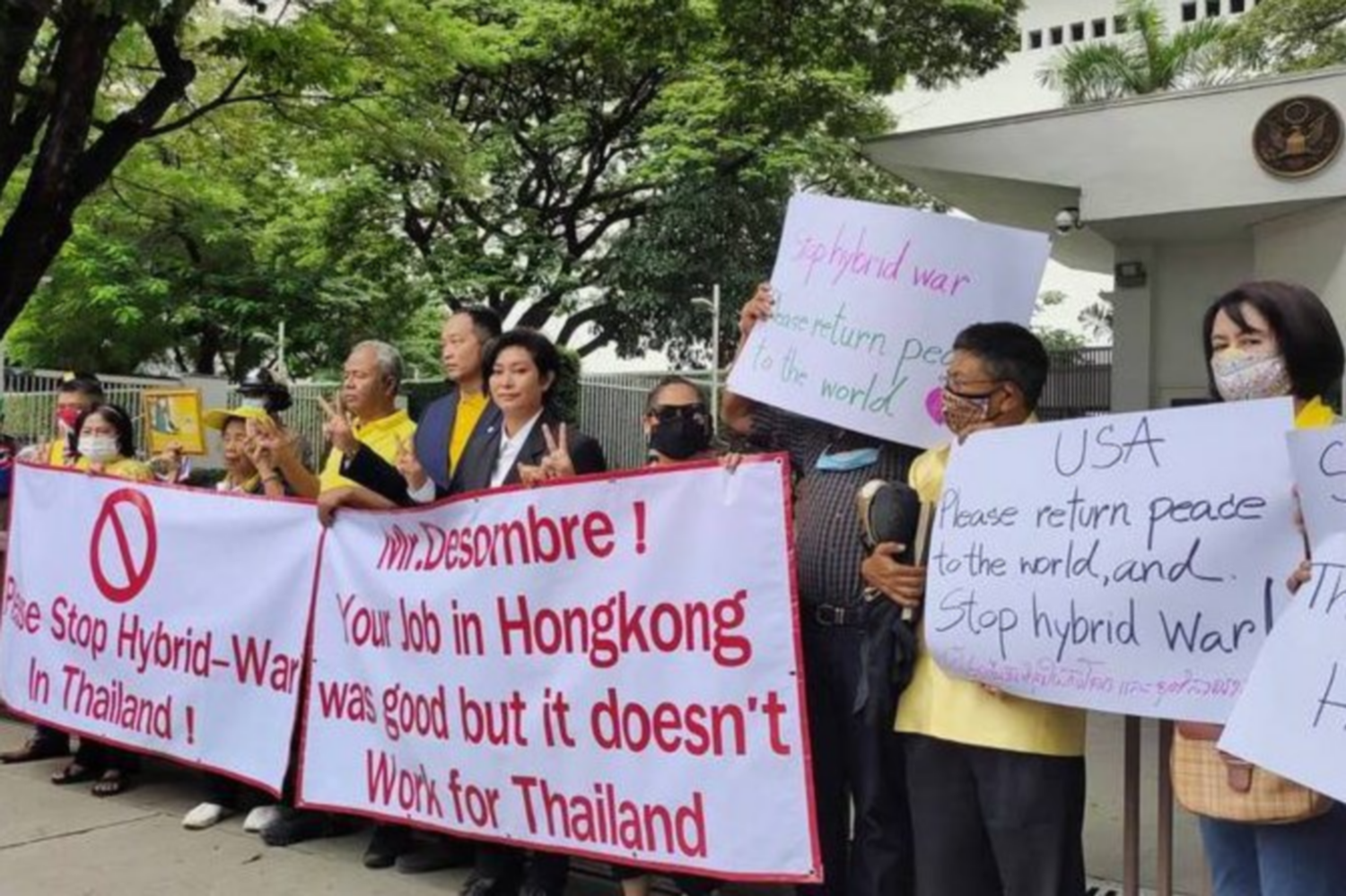