The three incarcerated anti-government protest leaders called on the government to ensure their well-being by granting a number of special requests during a weekend visit by the justice minister, according to a source at the Department of Corrections.

Access to books and individual cells were on the wish lists of Panupong "Mike" Jadnok, Parit "Penguin" Chiwarak and Panusaya "Rung" Sithijirawattanakul when they met Justice Minister Somsak Thepsutin on Sunday.

They expressed concerns about being unable to study ahead of their forthcoming exams during the visit in which the minister was pictured in the media sitting with the detainees, though he insisted they did not talk about politics.

The source quoted Ms Panusaya as telling Mr Somsak that she was prepared to temporarily drop out of higher education if studying proved incompatible with the consequences of her protest role. 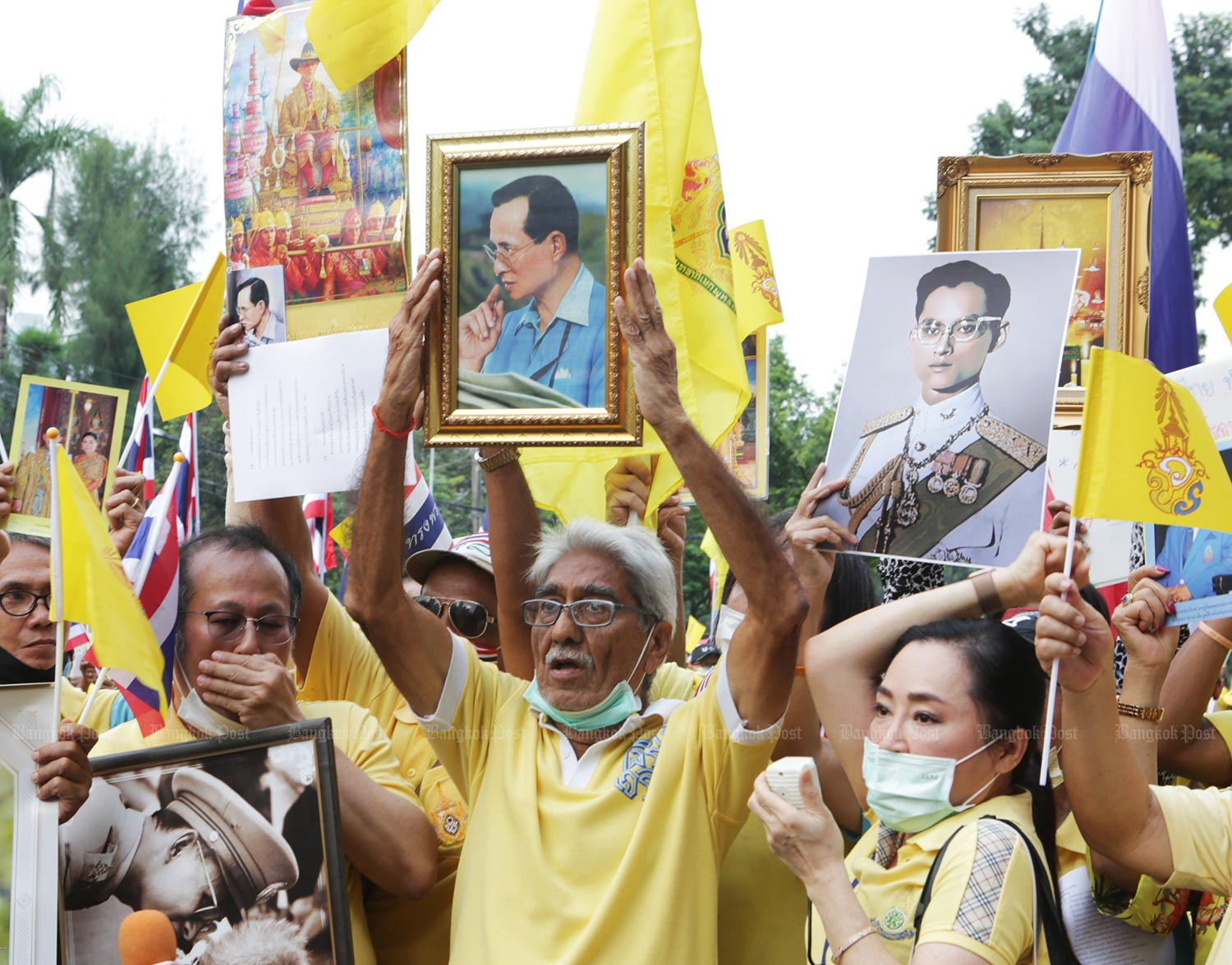 Indian-born businessman Satish Sehgal holds up a portrait of His Majesty King Bhumibol Adulyadej The Great. (Photo by Apichit Jinakul) 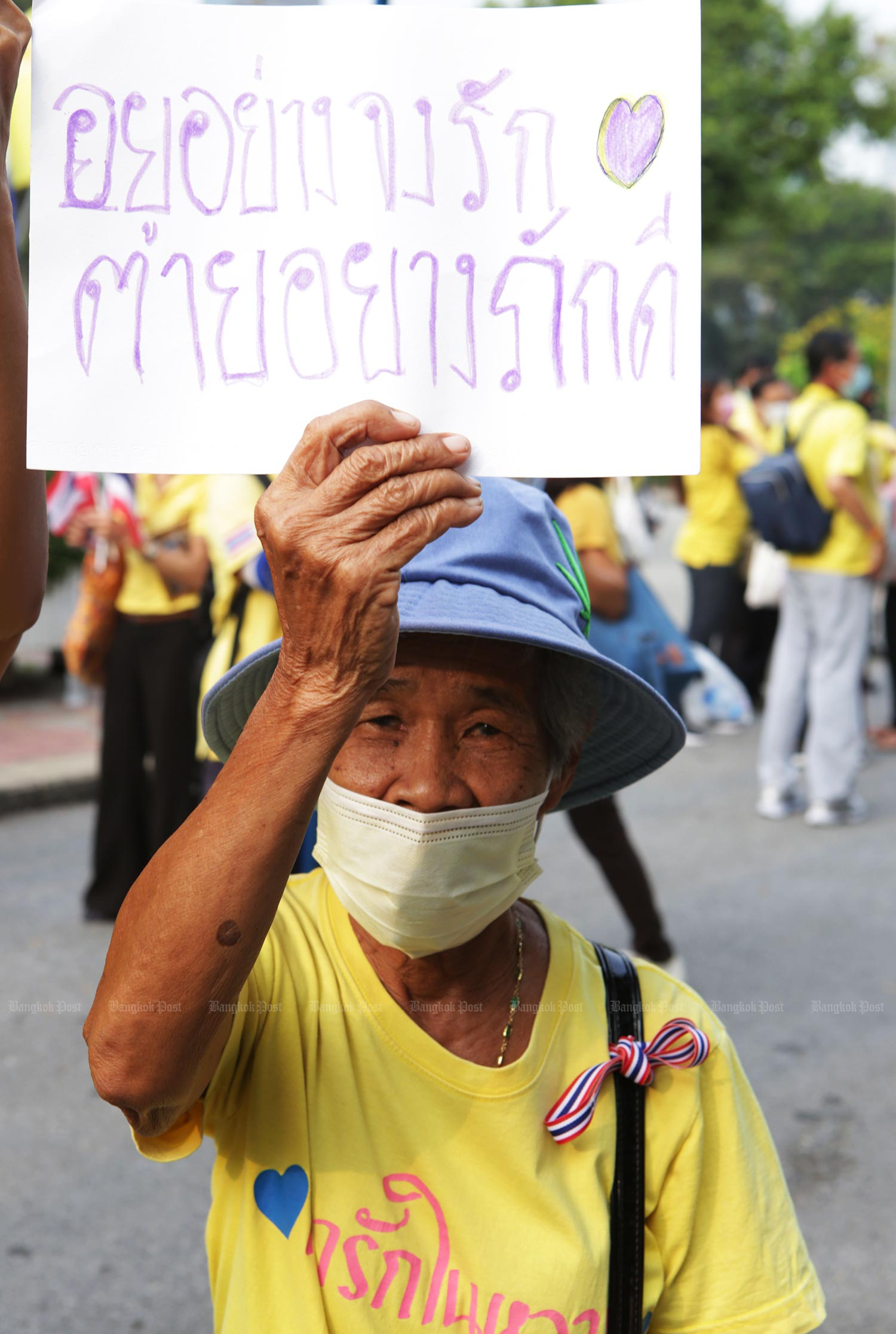 A demonstrator displays a message of love and loyalty for the royal institution. (Photo by Apichit Jinakul)

Pro-monarchy activists led by singer Haruethai Muangboonsri, third right, rally outside the US embassy in Bangkok holding signs accusing the US of ‘hybrid warfare’. (Photo by Arnun Chonmahatrakool) 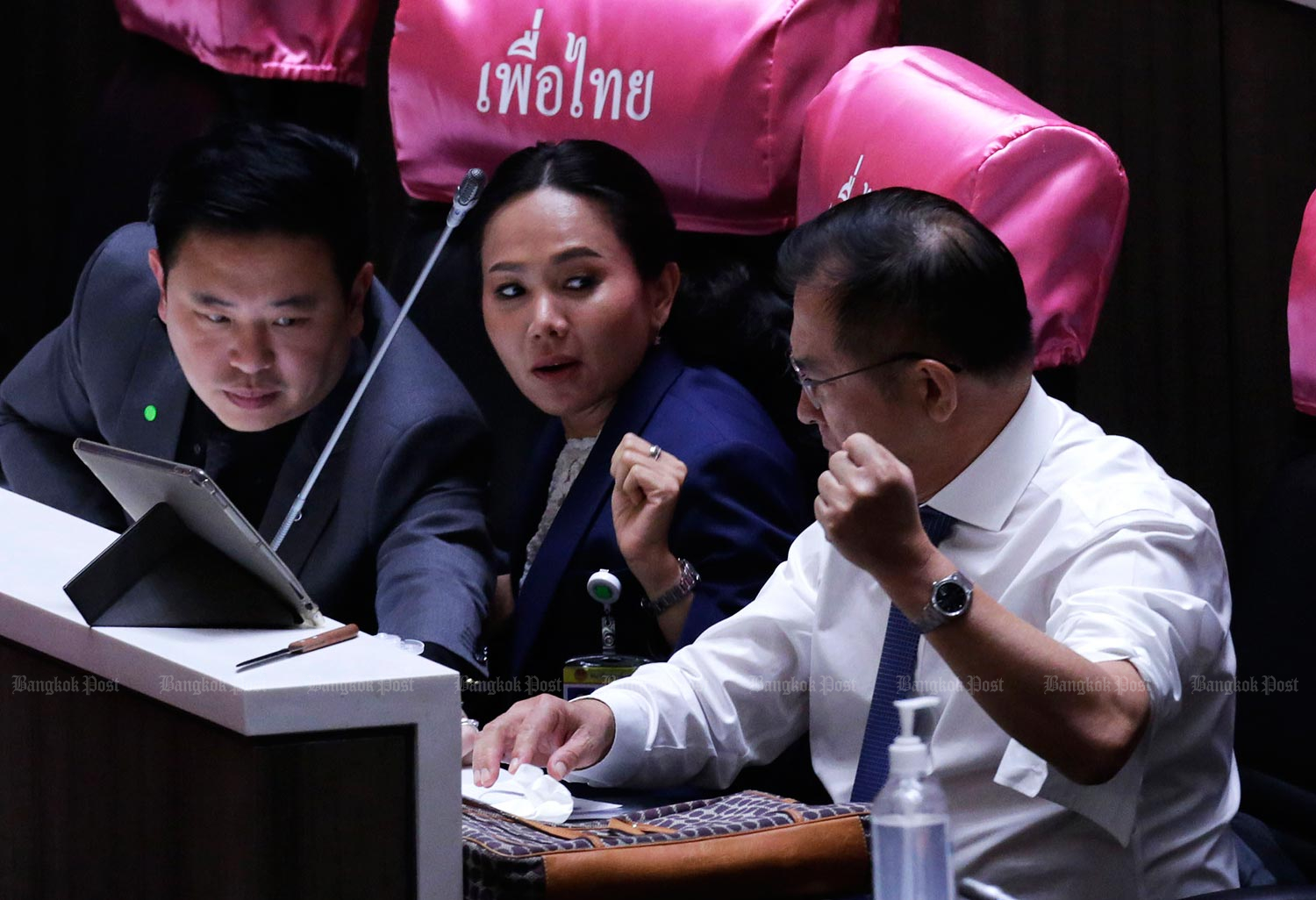 Pheu Thai Party MP Wisarn Techathirawat raises his arm during the parliamentary session to resolve the crisis to show where he cut himself in protest against the government. (Photo by Pornprom Satrabhaya) 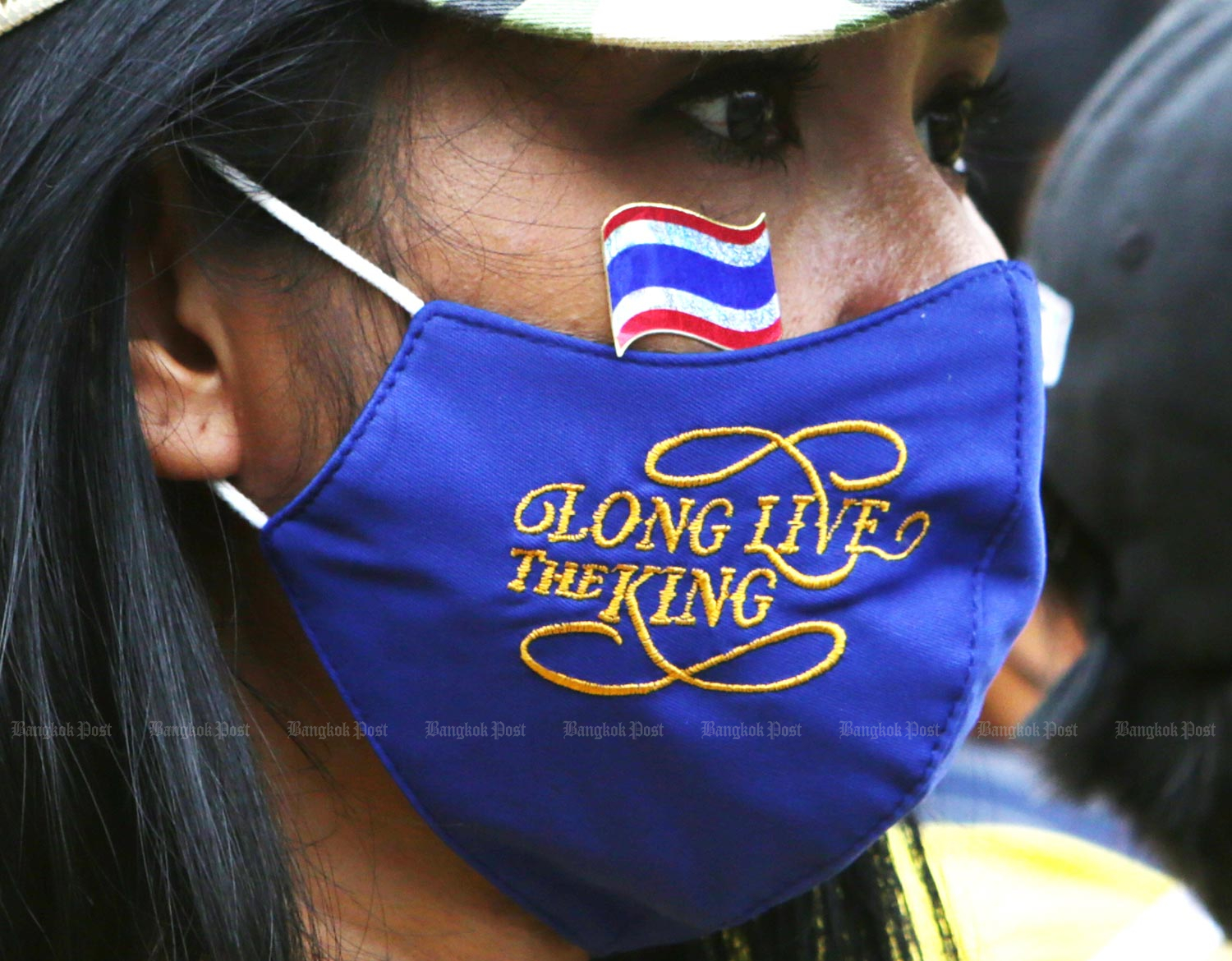 A woman at Lumpini Park wears a face mask expressing support for the monarchy. (Photo by Apichit Jinakul)

Ms Panusaya, who is being held at the Central Women's Correctional Institution, had also had a request for a private cell denied.

As for Mr Parit's requests, he told Mr Somsak that he wanted to read books authored by the late left-wing intellectual Jit Phumisak and that he was concerned that he would not be able to sit his upcoming exams.

During his one-on-one with the minister, Mr Panupong had urged the government to separate prisoners pending trial from convicted criminals, according to the source.

Mr Parit and Mr Panupong are being detained at Bangkok Remand Prison.

Noraset Nanongtoom, a lawyer from the Thai Lawyers for Human Rights Centre, posted on the group's Facebook that Mr Parit had told him that living conditions in the prison were "tolerable".

On Saturday, the Court of Appeal upheld a lower court decision denying temporary release on bail for the three activists. They were charged with incitement and sedition under Section 116 of the Criminal Code for their roles in the Sept 19-20 demonstrations at Thammasat University and Sanam Luang.