Palang Pracharath Party (PPRP) MP Sira Jenjaka said he will petition the National Anti-Corruption Commission (NACC) to remove from office a Pheu Thai MP who slit his arm during a parliament debate on Tuesday for allegedly breaching an ethical code.

Mr Sira said that the party's legal team was looking into whether Wisarn Techathirawat, the Pheu Thai MP for Chiang Rai, had violated the ethical code for parliamentarians. It would then ask parliament president Chuan Leekpai to forward the matter to the NACC, Mr Sira said.

He said he will also ask parliament to launch another ethical probe against Mr Wisarn.

During Tuesday's special parliament session discussing solutions to the political conflict, Mr Wisarn shared his view on anti-government demonstrations, saying he did not want the government to respond to protesters with force.

He said he had no idea how to solve political problems but he did not want young people to bleed. He said he wanted to show that he was serious about the matter. 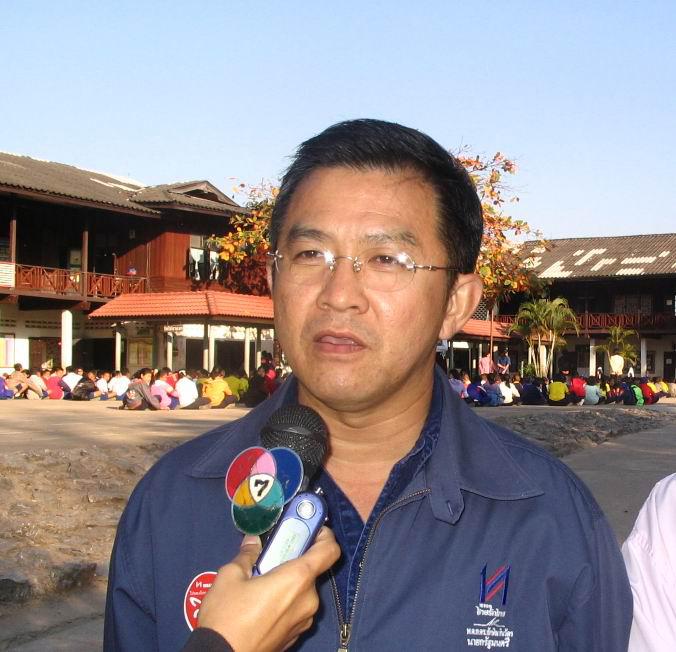 Mr Wisarn then took off his jacket and drew a fruit knife. Mr Chuan told him he would not allow him to cut himself but Mr Wisarn used the knife to slash his left lower arm three times, shocking other MPs.

Mr Wisarn was sent to Vajira Hospital where he had nine stitches.

But Mr Sira on Wednesday alleged that the action of Mr Wisarn was a publicity stunt to attract the public's attention ahead of provincial administrative organisation (PAO) elections nationwide. Mr Sira said Mr Wisarn's daughter will contest a PAO election in Chiang Rai.

The Election Commission has set Dec 20 for the elections of chairmen and members of PAOs in the 76 provinces outside Bangkok.

Mr Sira went on to say security measures should be stepped up to prevent anyone from bringing weapons into parliament. What Mr Wisarn did not only posed a danger to other lawmakers, but it was also a disgrace to parliament, Mr Sira said.

However, Ubonsak Bualuang-ngam, a Pheu Thai MP for Lop Buri, said that Mr Wisarn did not bring the knife into the House chamber, but he borrowed it from a parliamentary staff member.

Mr Ubonsak said that he did not think Mr Wisarn violated any ethical code.