Anti-government protesters gather at the Democracy Monument on Sunday. (Photo by Wichan Charoenkiatpakul)

The Metropolitan Police Bureau (MPB) has warned anti-government protesters converging for a new rally at Democracy Monument to stay away from the palace.

City police commissioner Pol Maj Gen Piya Tawichai said on Sunday protesters have to stay at least 150 metres away from the palace under the Public Assembly Act -- and they will face legal action if the warning is ignored. 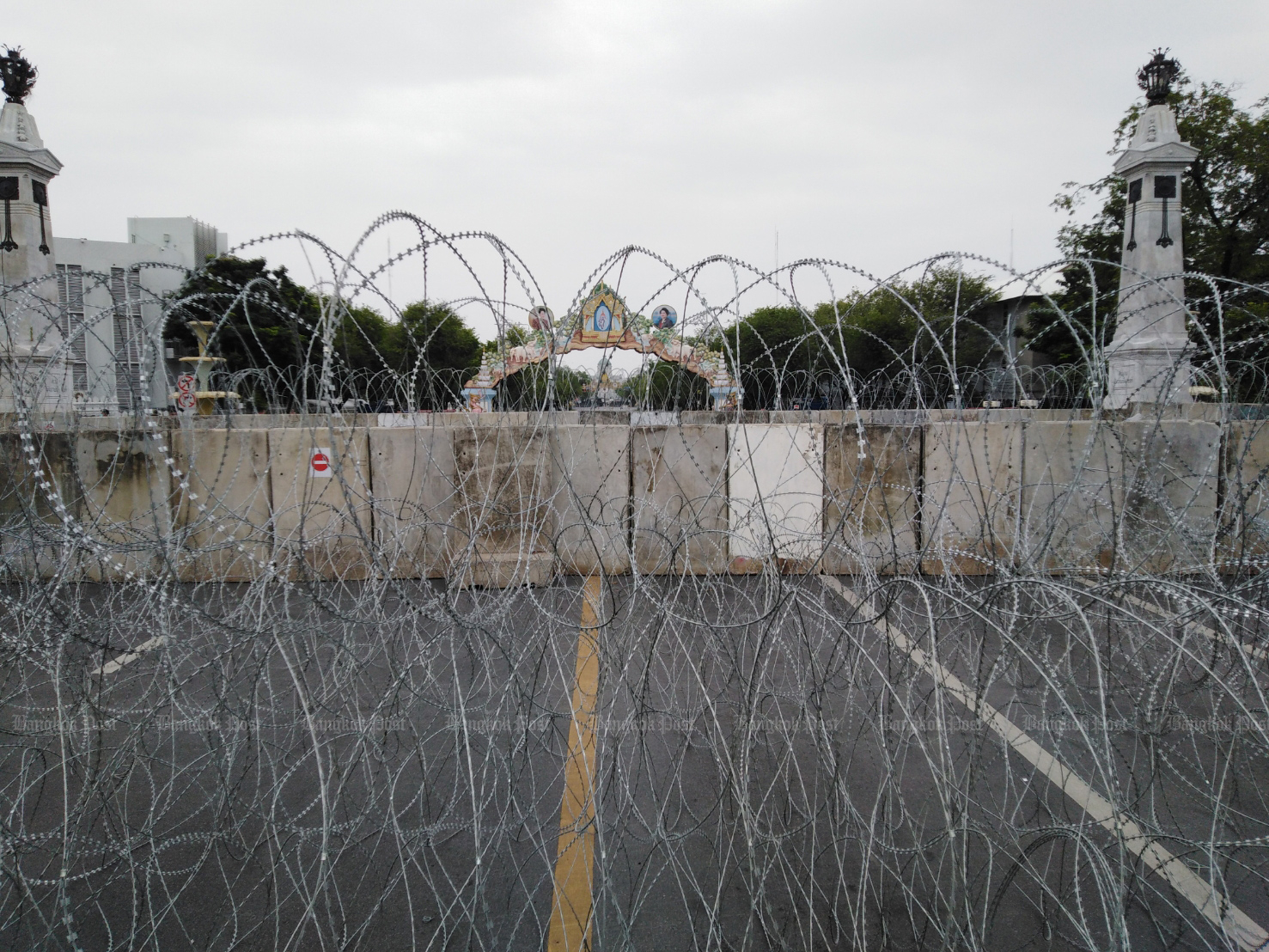 Organisers of the protesters are at the monument on Ratchadamnoen Avenue to petition His Majesty the King for reform. School student activists also issued a statement in support on Sunday.

Police have deployed 9,000 officers to block the protesters in three directions. They will not be allowed to get closer to Dusit Palace, where His Majesty stays. Other key locations protected by police are Government House and Sanam Luang, including the Office of His Majesty's Principal Private Secretary opposite the Grand Palace nearby. 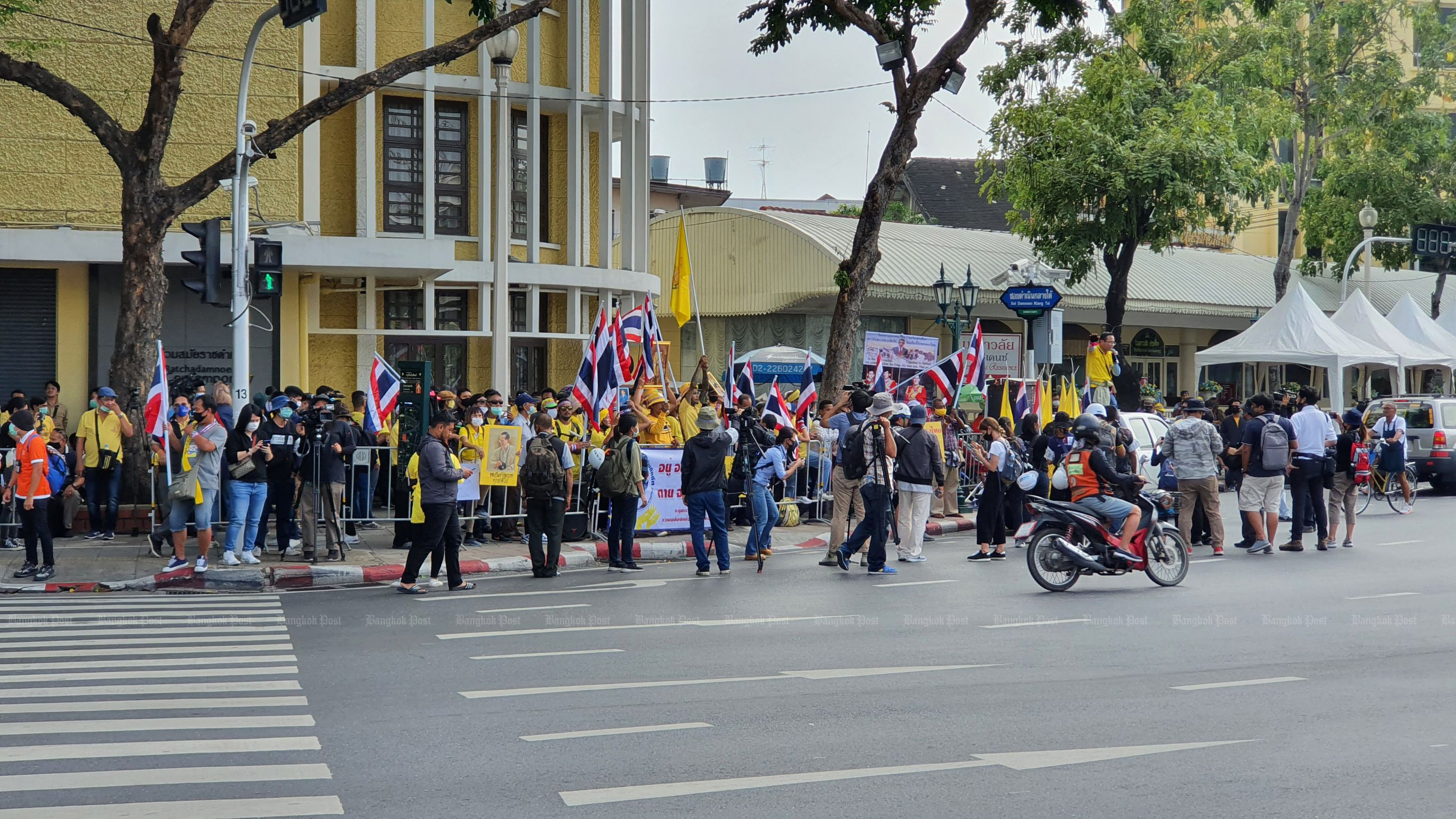 Royalists assemble near Democracy Monument before ending their gathering. (Photo by Wichan Charoenkiatpakul)

People clad in yellow also assembled nearby and their leader, Chakrapong Klinkaew, said they came to observe whether the anti-goverment protesters cross the line when speaking about the highest institution. The yellow-shirts did not appear to seek a confrontation and later left the area.