Protesters drop letters to the King in symbolic post boxes at Sanam Luang near the Grand Palace. (Photo by Wichan Charoenkiatpakul)

Police fired water cannon at anti-government protesters to prevent them from marching to the Royal Household Bureau at the Grand Palace in Bangkok on Sunday.

Authorities briefly used water cannon when the protesters reached the area outside the Supreme Court building at Sanam Luang on their way to submit letters addressed to the bureau requesting reform of the monarchy.

Four red post boxes were placed on Ratchadamnoen Nai Avenue for protesters to "post" their letters to the King.

Police had set up a blockade outside the Supreme Court to prevent the demonstrators from advancing. After the water fusillade, authorities said they would not fire again as long as protesters stayed away from the barricade. 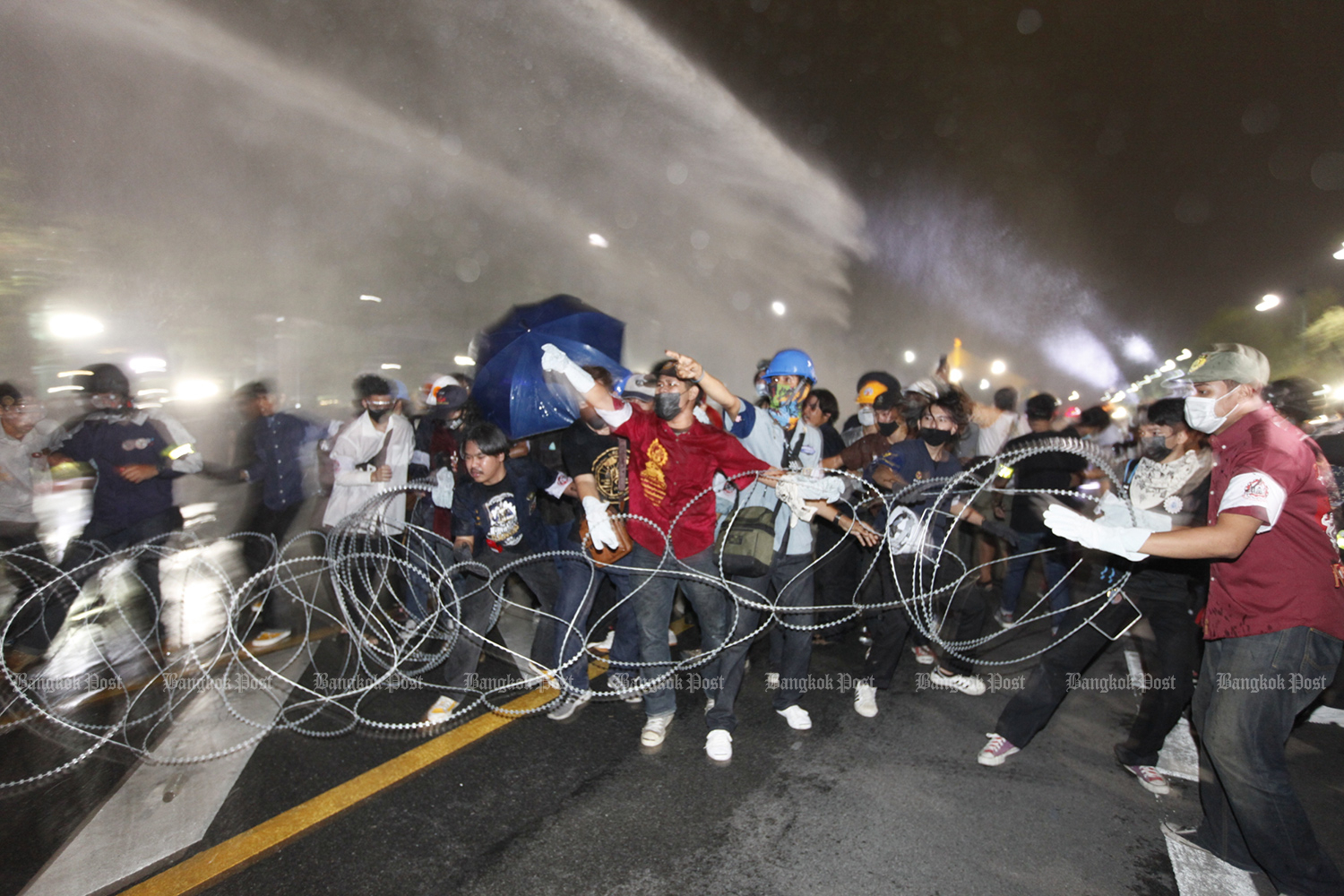 Protesters react after police fired water cannon at them at Sanam Luang on Sunday. (Photo by Wichan Charoenkiatpakul)

The Erawan Medical Centre of the Bangkok Metropolitan Administration reported that one police officer and two protesters were slightly injured when the water cannon was fired.

Many angered demonstrators then moved to the open space at Sanam Luang. Their leaders on Sunday evening were negotiating with a police team led by Pol Lt Gen Phukphong Phongpetra to end the stalemate.

The decision to use water cannon came after police had warned protesters to stay at least 150m away from the building.