Volunteers were busy on Friday cleaning the paint-stained walls and streets outside the Royal Thai Police headquarters, targeted by anti-government protestors on Wednesday.

The nameboard, fence and nearby structures were defaced with oil paint and spray paint during the huge rally at Ratchaprasong intersection.

Demonstrators demanding the resignation of Prime Minister Prayut Chan-o-cha, constitutional changes and reform of the monarchy splashed and sprayed a lot of paint on structures fronting the streets.

They also left rude messages about the police and the royal institution, some painted on the surface of Rama I Road, outside the police compound.

Men and women armed with cleaning gear arrived to join cleaners from the Pathumwan district office who were already hard at work with scrapers and rags soaked in thinner.

The paint was daubed over a large area - the gate, fences and shrine at police headquarters, as well as on plants and the pavement. Rude messages remained on Rama I Road, which was open to traffic as usual.

Anti-government demonstrators accuse the police of being the servants of a dictator, and decry the use of a teargas solution and dye in water cannon.

Spokesmen for the Royal Thai Police Office insist they are not taking sides in the political conflict, but are duty-bound to enforce the law during the protests. 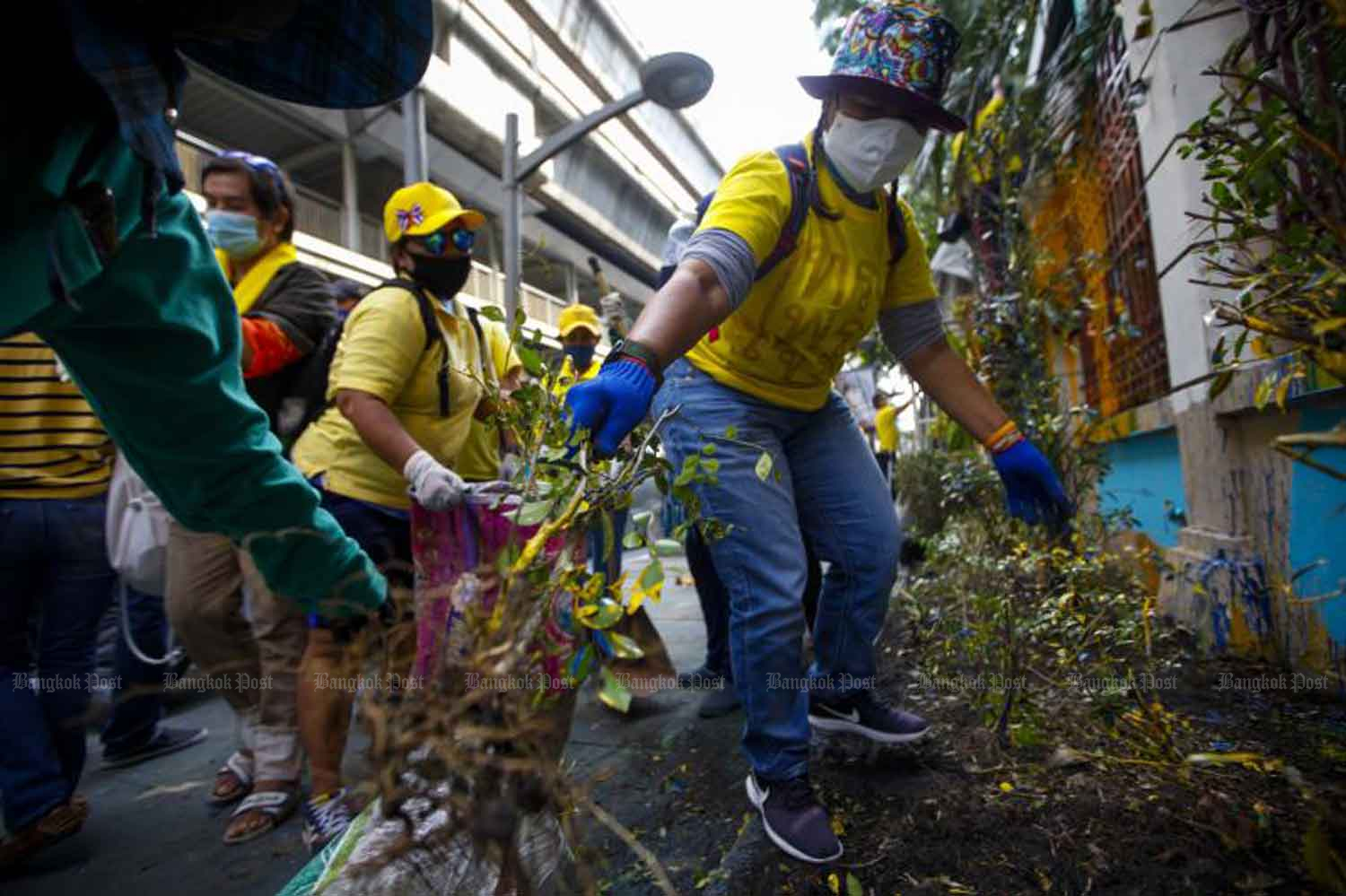 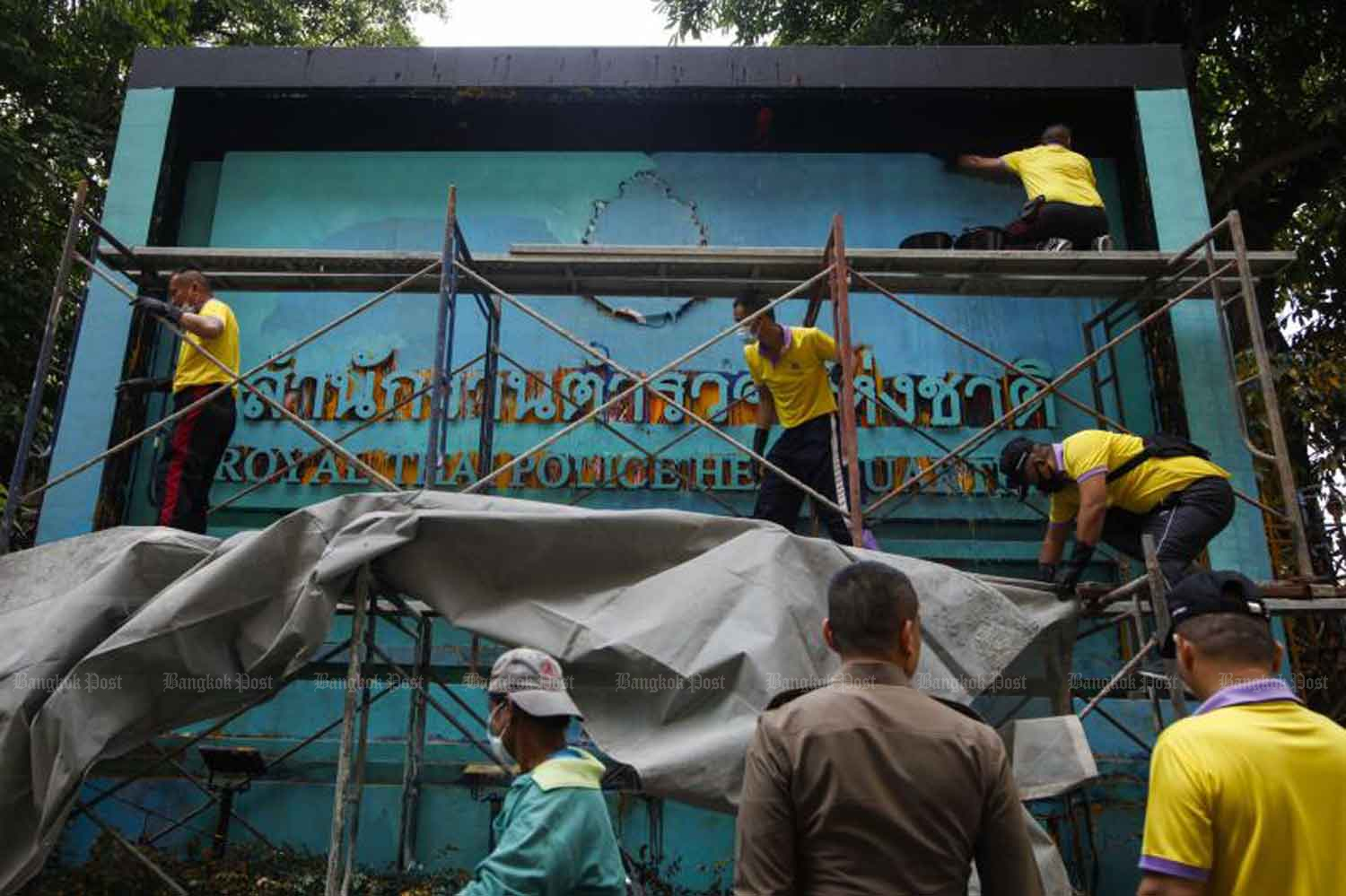 Volunteers clean the paint off the giant nameboard at police headquarters on Friday. (Photo by Pattarapong Chatpattarasill)