Despite strife on the streets, Finance Minister Arkhom thinks the stuttering economy could be on the path to recovery with fiscal stimulus kicking in v Parliamentary veto of iLaw's charter change draft may bode ill for PPRP's fortunes 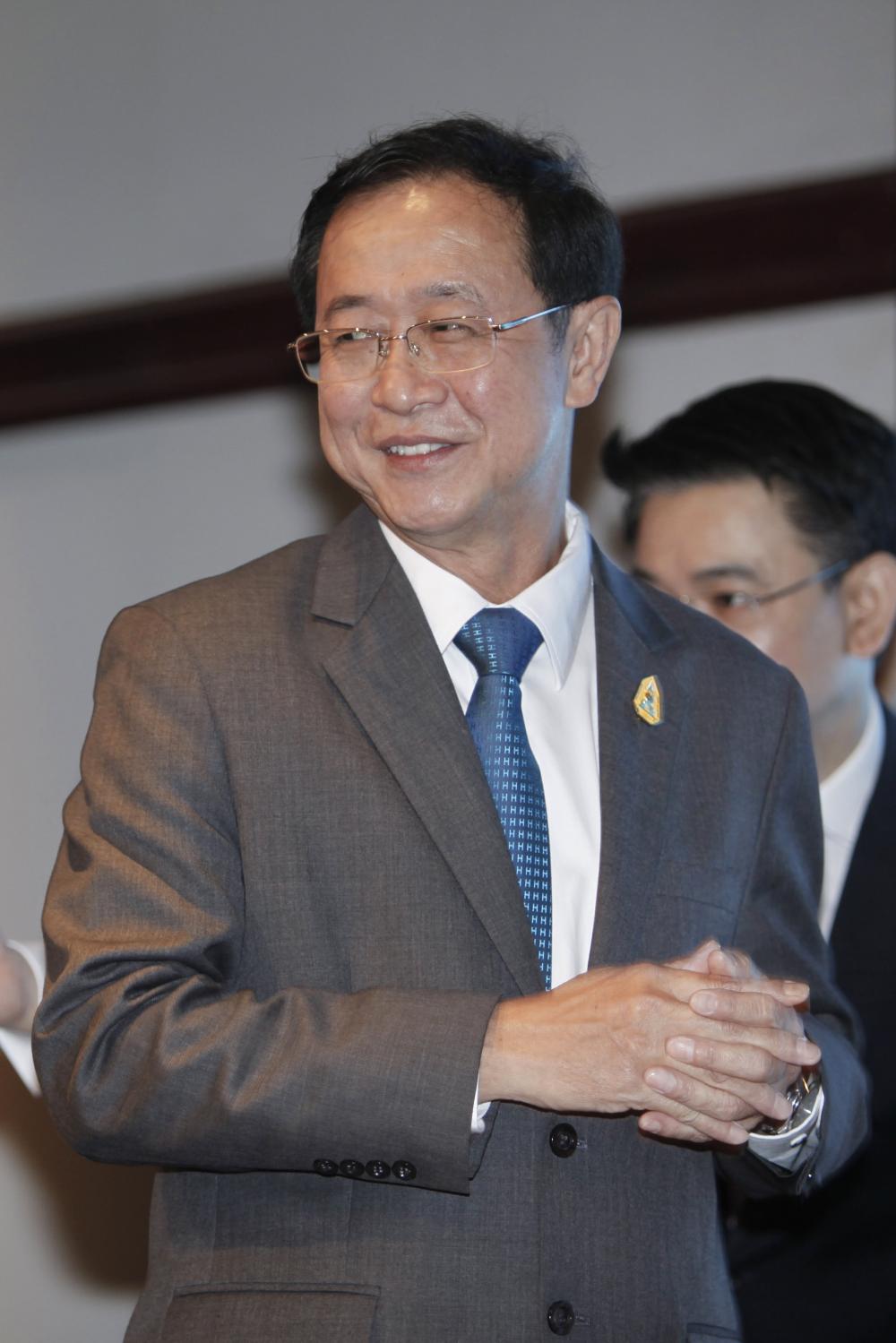 The political mercury surged yet again this week when anti-government protesters clashed with police and yellow shirts outside parliament on Tuesday, the first of two fateful days in the charter amendment process.

The clashes, which left scores of people injured, were the culmination of weeks of pent-up frustration among the protesters who demanded an unconditional passage in the first reading of the charter repair proposal presented to parliament by the civic group Internet Dialogue on Law Reform (iLaw).

However, the political upheaval has masked some positive news that could expedite the recovery of the flagging economy which has been dealt almost a knock-out blow by the Covid-19 pandemic.

Although few people may have reason to be optimistic about a silver lining as far as economic matters are concerned, the figures released by certain agencies have been rather encouraging, according to observers.

The National Economic and Social Development Council, the country's most authoritative economic planner, announced on Monday that Thailand's Gross Domestic Product (GDP) contracted by 6.4% year-on-year in the third quarter, with full-year economic contraction projected to arrive at 6%.

The economy was previously anticipated to experience a 7.5% slump this year.

In crunching the numbers, Arkhom Termpittayapaisith, the third finance minister to have taken office this year, explained that a lower contraction in private consumption and public investment growth in the third quarter suggested the economy is on the path to recovery.

He added that fiscal stimulus measures are envisaged to help buoy consumer spending in the current quarter, resulting in a multiplier effect -- an injection of fresh spending through such sectors as exports, government spending or investment. In the end, it is counted on to lead to a larger increase in final national GDP.

Barely two months into his ministerial tenure, Mr Arkhom has been credited with launching the "co-payment" scheme aimed at sustaining small retail shops.

The programme has been so popular with consumers and shop owners that the minister is looking to procure more loans for a second phase of the scheme, which is expected to commence early next year.

Mr Arkhom said details of the second phase will be fleshed out and finalised next month.

The co-payment scheme allows registered individuals who make purchases at small shops to pay only half the price, with the government subsidising the other 50%.

The programme is centred on spurring consumer spending in the final quarter. The first phase of the scheme started on Oct 23 and ends on Dec 31.

The observers said the remarks about the next phase of the co-payment programme came on the back of the news people have been wanting to hear for months, which could pull the economy out of its worst stagnation in many decades.

The cabinet has earmarked a budget of six billion baht to be allocated to the Public Health Ministry for reserving an order for 26 million doses of Covid-19 vaccine from the British drug manufacturing giant, AstraZeneca.

Government spokesman Anucha Burapachaisri said on Tuesday that a total of 6.049 billion baht is being tapped from the government's emergency budget reserve to obtain the vaccine which is now being tested by AstraZeneca.

The spokesman said the government will buy the vaccine from AstraZeneca since the Public Health Ministry had signed a MoU with the company which had agreed to produce the vaccine in collaboration with Siam Bioscience.

However, producing the vaccine is half the battle. Delivering it to countries around the world could pose a logistical and transport nightmare.

According to the International Air Transport Association (Iata), transporting billions of doses of a vaccine that must be delivered and stored in a deep-frozen state to the entire world efficiently will involve hugely complex logistical challenges across the supply chain.

While the immediate challenge is the implementation of Covid-19 testing measures to re-open borders without quarantine, countries and the transporters must be prepared for when a vaccine is ready, said Iata's Director-General and CEO, Alexandre de Juniac.

Iata has issued "Guidance for Vaccine and Pharmaceutical Logistics and Distribution" to ensure that the air cargo industry is ready to support the large-scale handling, transport and distribution of a Covid-19 vaccine. 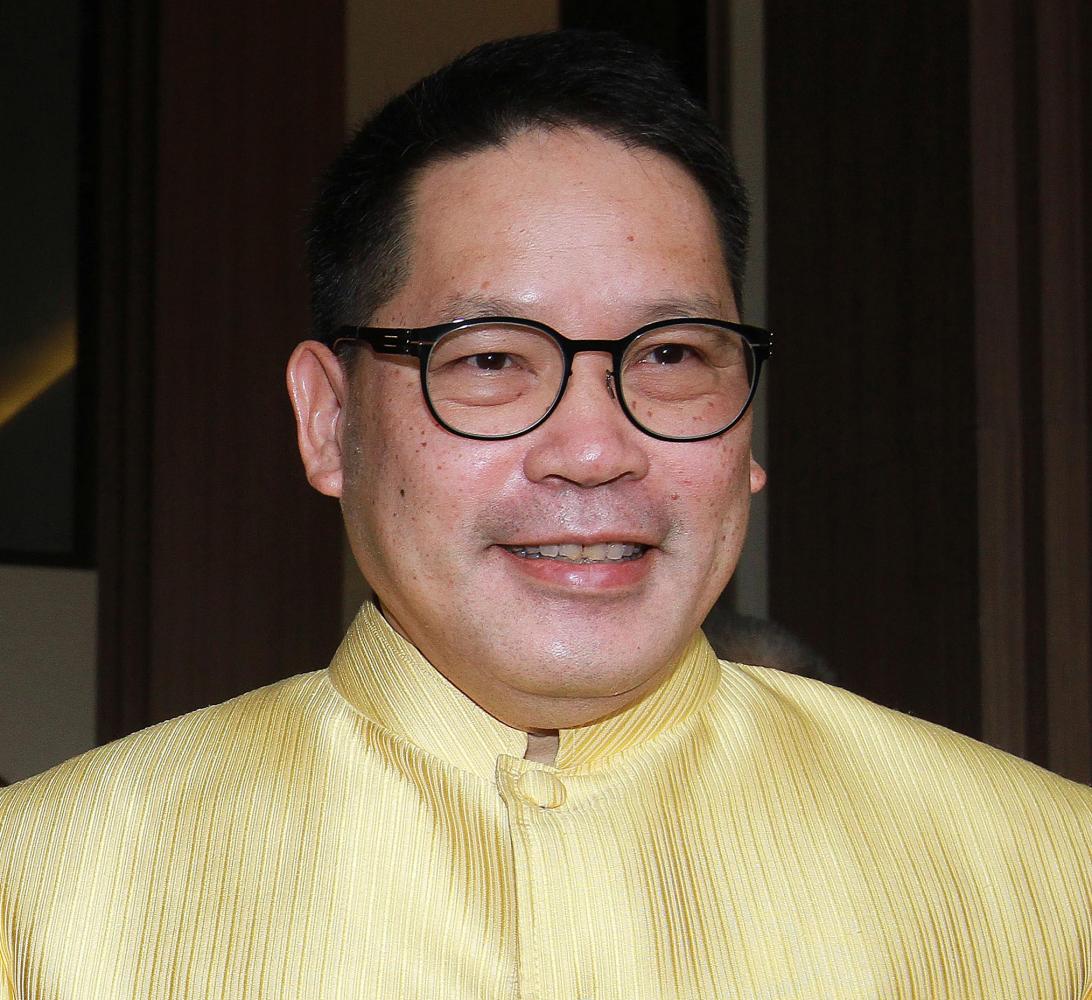 Political tensions to drag on?

Parliament's rejection of the charter amendment draft sponsored by civic group Internet Dialogue on Law Reform (iLaw) is threatening to escalate the political tensions with some political observers predicting they will drag on for months.

While the political conflict is definitely heaping pressure on Prime Minister Prayut Chan-o-cha, it does not bode well for the core coalition Palang Pracharath Party (PPRP) headed by Deputy Prime Minister Prawit Wongsuwon.

According to political sources, the fallout of the months-long, youth-led protests, which saw on Tuesday the most violent incidents since the pro-democracy movement kicked off, is said to have prompted several PPRP MPs to reconsider their future with the party.

These politicians feel that the PPRP's popularity looks likely to be on the wane, according to the sources.

The ruling party has become more involved in the political conflict with pro-democracy groups while the government is still grappling to ease economic hardship and get through the pandemic-induced economic crisis.

For MPs seeking to retain their seats in the next election, which may come sooner rather than later due to the volatile political situation, they may be thinking it is better to have options by starting to look for greener pastures early.

The sources said the MPs are also reportedly not very happy with the way things are despite the party leadership change in June this year when Gen Prawit was chosen as the new leader with the goal of harmonising various factions in the party.

According to the political sources, these MPs are not looking very far; they are said to be closely watching the activities of the so-called See Gumarn (Four Boys) group led by former PPRP leader and former finance minister Uttama Savanayana.

Mr Uttama and three others -- former energy minister Sontirat Sontijirawong; former higher education, science and innovations minister Suvit Maesincee; and Kobsak Pootrakul, former deputy secretary-general of the prime minister -- quit the PPRP after they were ousted from the executive board at a party general assembly in late June.

Their departure was not exactly amicable, as Somkid Jatusripitak, the deputy prime minister supervising the economic ministers at the time and a respected figure in the See Gumarn group, was harshly criticised by the PPRP rank and file for the economic doldrums the country is still in.

They suggested Mr Somkid, as head of the economic team, leave the cabinet in a show of responsibility.

The departure of the See Gumarn ministers, which followed Mr Somkid's resignation as deputy premier, was said to be the result of a power struggle in the PPRP.

The four ministers quit saying they wanted to make it easy for Gen Prayut to reshuffle the cabinet while the government was trying to jump-start the Covid-battered economy.

Speculation is rife that the "Four Boys" group, who are regarded as Mr Somkid's proteges, may be contemplating "sweet revenge".

The sources said they may soon be returning to the political scene and may even set up their own political party to contest the next election and give the PPRP a run for its money.

Such a party would provide a fresh choice at the polls for voters disenchanted by the PPRP-led coalition parties and who do not support the opposition camp criticised for being aloof to the social unrest being played out on the streets, according to the sources.

In the midst of political tension, the See Gumarn group is reportedly busy courting several high-profile politicians such as Kla Party leader Korn Chatikavanij and former transport minister Chadchart Sittipunt, who is widely speculated to stand in the Bangkok governor election as an independent candidate.

This has triggered speculation about what they are up to and whether they could emerge as a political force to be reckoned with.

According to political observers, this manoeuvring by these high-profile politicians is interesting to watch and it remains to be seen how these figures, recognised for their strong economic backgrounds, might form an alliance and rise above the political conflict.

A joint sitting of MPs and senators is tentatively scheduled to take place next week to deliberate a bill on a national referendum, Parliament President Chuan Leekpai said on Tuesday.

KANCHANABURI: A Buddhist monk was killed by a wild elephant on his way to collect alms in Thong Pha Phum district on Tuesday morning.