Roads, royal ground sealed off ahead of rally
Thailand
Politics

Roads, royal ground sealed off ahead of rally

Rolls of razor wire and steel barricades were placed around royal ground in Dusit and Phra Nakhon districts on Wednesday, walling off important places including the Crown Property Bureau and Government House, and causing traffic congestion.

The barricades were installed even though anti-government protesters announced they were moving their afternoon rally from the CPB to SCB Park, the headquarters of Siam Commercial Bank, in Chatuchak district .

Soldiers in plain clothes were seen deployed around the CPB, which anti-government protesters had earlier annlounced was their target on Wednesday.

Ongoing anti-government protests and  the police responses have caused heavy traffic congestion in the capital.

Youth-led protesters are demanded the resignation of the prime minister, constitutional changes and the reform of the royal institution. 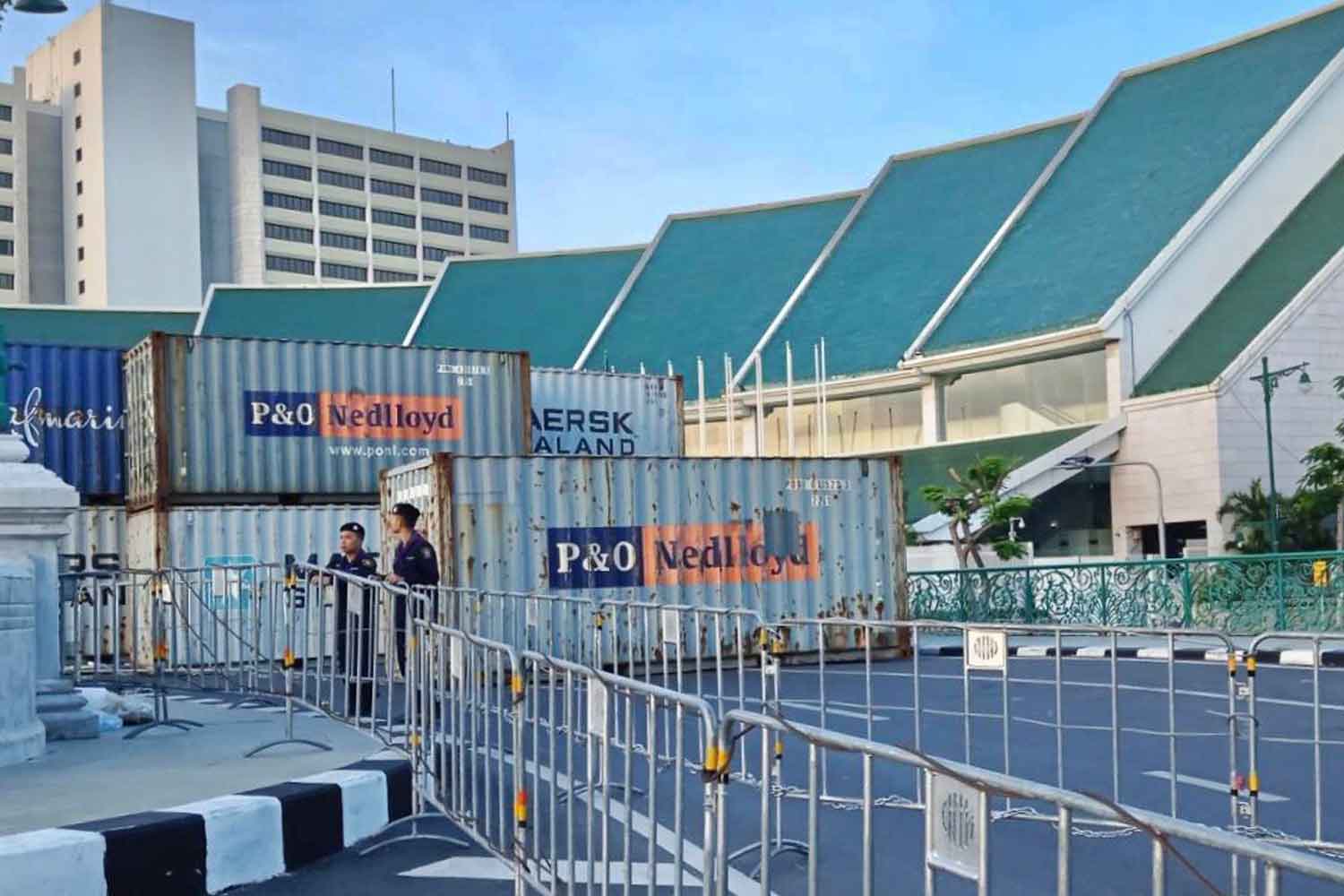