Protesters occupy Lat Phrao intersection on Wednesday after the Constitutional Court ruled Prime Minister Prayut Chan-o-cha did not break any laws when he continued to stay at an army house after he retired as the army chief. (Photo by Pattarapong Chatpattarasill)

Anti-government protesters have gathered Lat Phrao intersection in Bangkok after the Constitutional Court cleared Prime Minister Prayut Chan-o-cha of wrongdoing for his occupancy of an army house.

Protesters occupied the intersection again in a plan arranged in advance before the court's ruling on the prime minister's case. Phahon Yothin police dutifully told them to stop by 6pm as the organisers had not informed authorities of the rally 24 hours in advance. 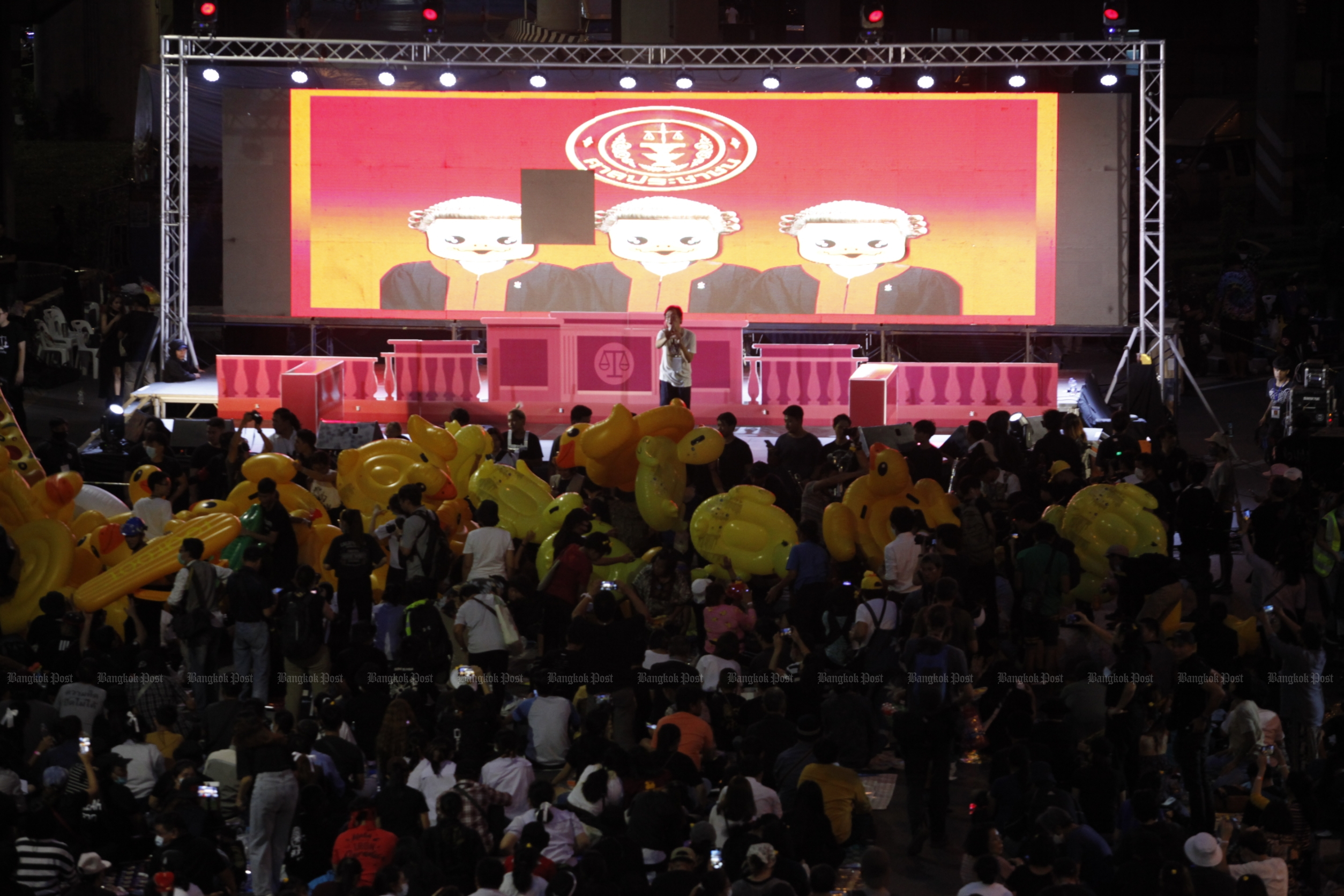 A speaker stands on the stage erected the People's Court similar to the Constitutional Court bench during a rally at Lat Phrao Intersection.   (Photo by Pattarapong Chatpattarasill)

They set up a stage that looked like the constitution bench.

The court judges ruled unanimously that the prime minister did not commit any wrongdoing by staying in a house inside the 1st Infantry Regiment although he retired from the army since 2014. The court said he could stay inside the barracks as he was a former commander with contributions to the country.

Atthapol Buapat, a co-leader, said he was disappointed with the ruling on the army housing case although he was not surprised.

Human rights lawyer Arnon Nampa said the organisers would step up their rallies next year but maintained they would be peaceful.