Kla Party leader Korn Chatikavanij questions what the government is doing with the trillion baht it borrowed | Opposition seeks to focus on the handling, or mishandling, of the new Covid outbreak in a no-confidence debate next month

About this time last year, Covid-19 was rearing its ugly head on the back of growing predictions that an outbreak was imminent and bound to take a devastating toll on lives and hit the government where it hurt the most -- its coffers. 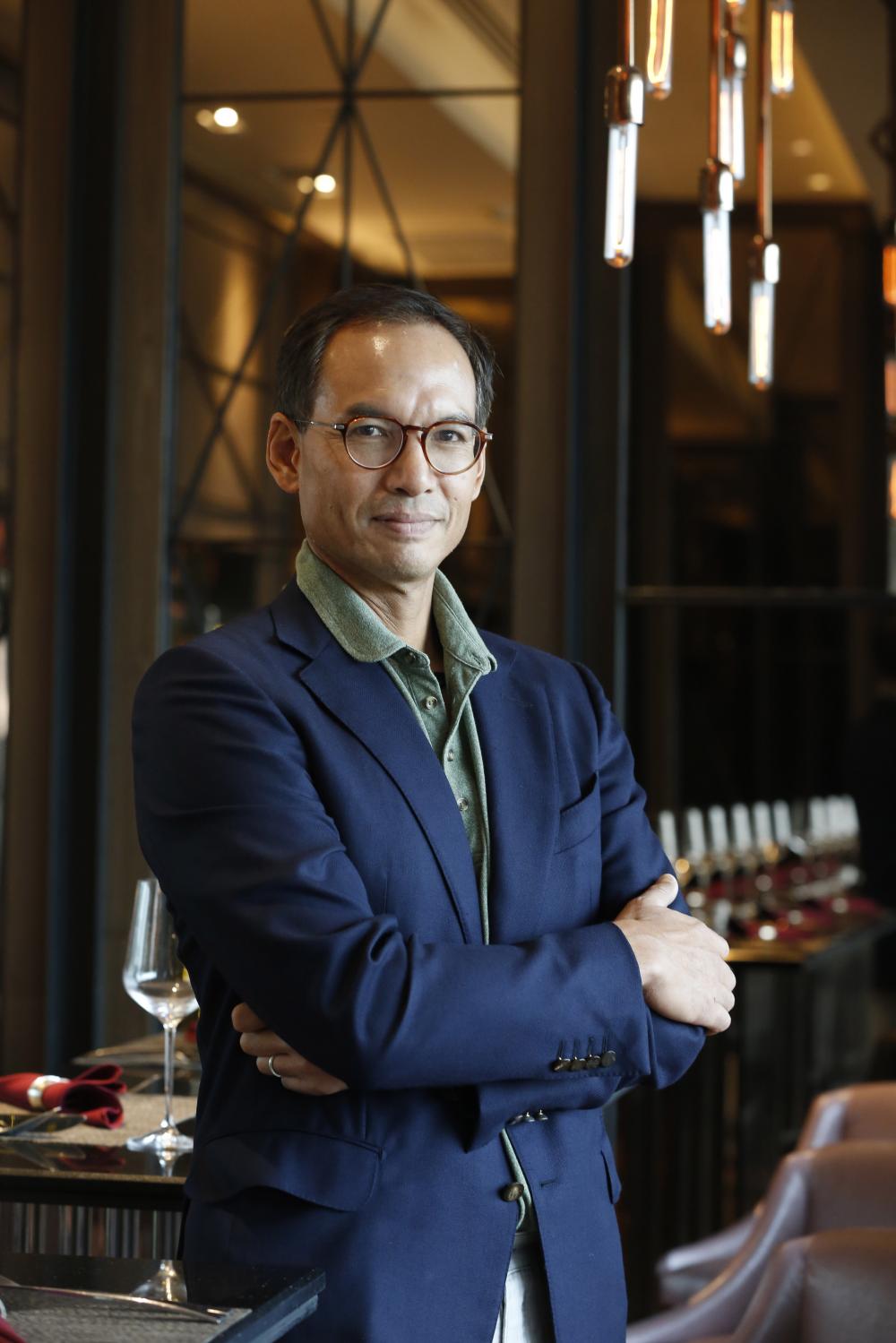 Fast forward to early 2021 and the country has experienced an outbreak which descended into an epidemic, then a full-blown pandemic. Along the way, the government has had to borrow a trillion baht basically to pay for the treatment of Covid-19 sufferers and alleviate the disastrous public health -- as well as the social -- impacts of the pandemic.

Those who lost their jobs because their employers were unable to continue operating due to the outbreak also received 62% of their wages, but for no more than 90 days, according to the government. In the beginning, those people were entitled to 50% of their wages for up to 180 days.

The compensation packages were adjusted to ensure that those workers who were registered under the Social Security Scheme and were impacted by the outbreak got no less than 5,000 baht a month in financial help for up to three months. The government had earlier announced it was giving 5,000 baht in financial aid for up to three months to workers who did not subscribe to the scheme.

The sheer magnitude of the money spent to prop up the country and the financial system in an unprecedented crisis last year stoked fears as to whether the government could afford to finance budget-intensive relief and reconstruction projects necessitated by a new wave of the outbreak, which has infected close to 10,000 people since the end of last year.

Addressing affordability is a tall order but one which must be done and done fast, according to Kla Party leader Korn Chatikavanij, also a former finance minister.

As several observers agree, nothing panders more to suffering in times of crisis than people speculating wildly through a lack of direction or clear policy from the government or being made to feel they were misrepresented by contradictory information that would very likely lead to unnecessary anxiety.

On the money issue, Mr Korn said the government still had quite a generous amount of cash left from its trillion-baht borrowing which was split into two portions: one earmarked for compensatory disbursement and the other for reconstruction.

Drawing on the government's figures, Mr Korn estimated that almost 200 billion baht remained unspent for compensation, despite the 5,000-baht financial relief per person having been handed out to people in the middle of last year's outbreak.

The former finance minister added that the second tranche intended for reconstruction, which accounted for 400 billion baht of the one trillion baht borrowing, is only trickling in, with a fraction of that amount -- about 2.6 billion baht -- having been released so far.

Mr Korn said the incredibly slow disbursement of the reconstruction portion was highly indicative of the notorious bureaucratic red tape which has capped financial support during this desperate period. Nor was the state system responding well to the Covid-19 crisis, he added.

He suggested Prime Minister Prayut Chan-o-cha divert what money remained of the two portions of the borrowing -- almost 600 billion baht -- to projects that offered urgent financial relief to people, particularly those still bruised and battered and not fully recovered, if at all, from last year's pandemic.

The four segments of the workforce still reeling who require immediate rescue include: the jobless who have exhausted their social security assistance and remain out of work; the vast majority of people who picked up the 5,000-baht government-mandated relief and are still unemployed; and operators and employees in the hospitality and tourism businesses, the two most vulnerable sectors.

Mr Korn said the government must recognise the plain fact that graft committed by some unscrupulous state officials has been the biggest culprit in the new outbreak.

He was referring to the smuggling of migrant workers into Thailand through the porous borders with neighbouring countries, who were subject to no quarantine or health checks. State officials were reported to be complicit in the smuggling rings.

There is one clear message from observers: apart from being bound by a duty of care for its citizens, the government must account for its inaction against corrupt officials.

A second no-confidence debate against the government is coming next month, assuming that the new Covid-19 outbreak has subsided by then. 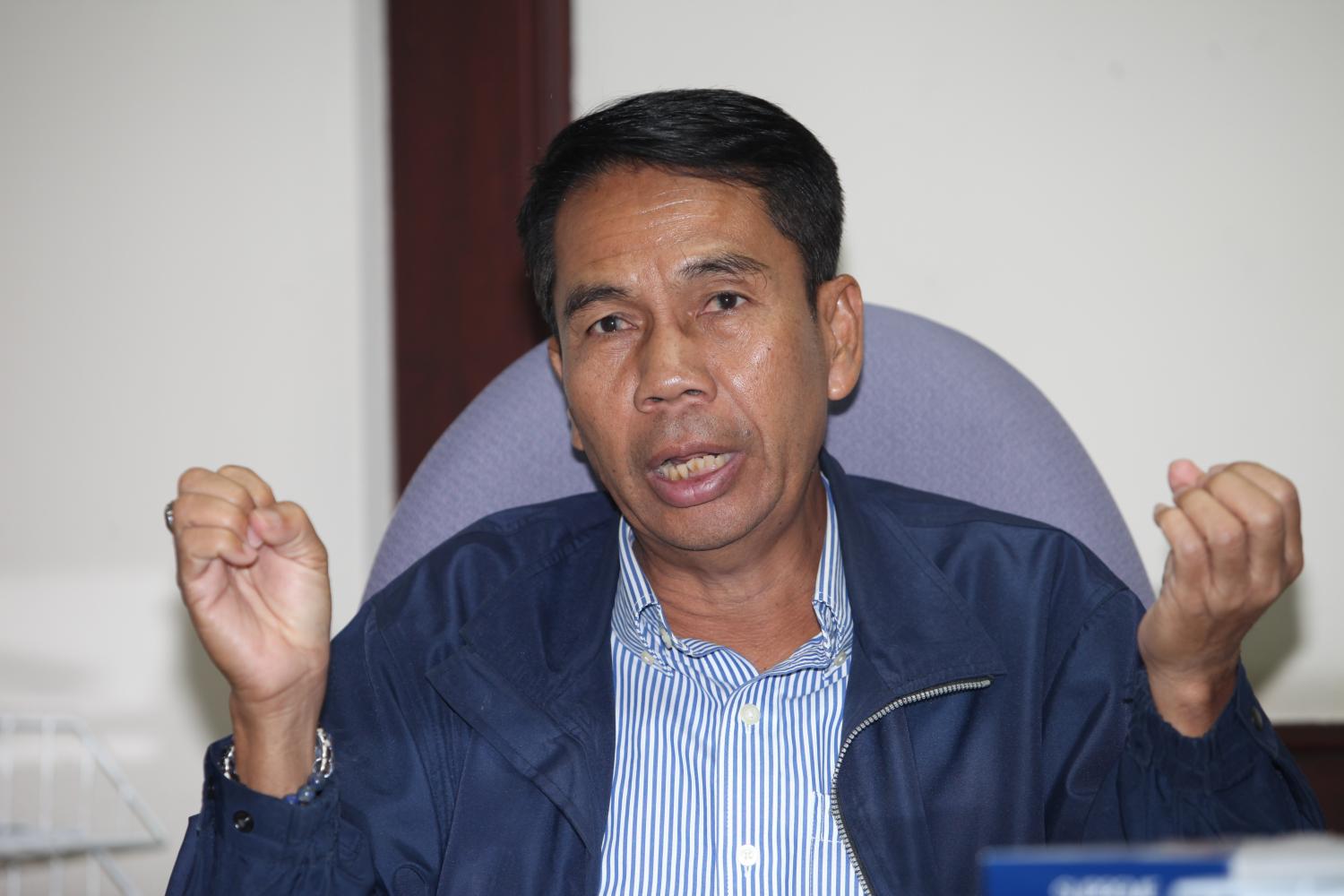 The opposition camp led by the Pheu Thai Party plans to file the censure motion targeting Prime Minister Prayut Chan-o-cha late this month when the House of Representatives returns from a 14-day suspension to prevent the spread of the novel coronavirus.

The shutdown was agreed by representatives from both the coalition government and the opposition bloc amid coronavirus anxiety as Bangkok is one of the provinces designated as a "maximum control zone" where many people have come down with the virus.

Sutin Klungsang, chief opposition whip and an MP for the main opposition Pheu Thai, conceded that the pandemic is threatening the opposition's plan to grill the government because the current session is due to end on Feb 28. If the planned motion is submitted late, it is unlikely to be included on the House agenda.

However, he insisted that the no-confidence motion will be filed before the end of January and said the current session should be extended or an extraordinary session should be called to allow the censure debate to proceed.

According to Mr Sutin, for the time being opposition parties will hold talks to decide the framework for the planned no-confidence debate over the government's alleged failure to handle the spread of the Covid-19 and inefficient spending of funds to tackle Covid-19 related issues likely at the top of their topics and list of priorities.

According to political observers, the planned censure debate will be more interesting than usual after it turned out that the fresh outbreak in several provinces is linked to illegal gambling dens. The police force has come under fire for letting these illegal establishments operate under their noses and Gen Prayut, who is in charge of the Royal Thai Police (RTP), has a lot of questions to answer.

However, a source in the core coalition Palang Pracharath Party (PPRP) has shrugged off the planned censure debate, saying the government is not intimidated by the opposition's move and the cabinet ministers will no doubt be able to clarify every issue brought up by the opposition. But the government's biggest concern is not what goes on inside the parliamentary chamber but out of it.

The toughest task ahead is for the government to maintain public confidence in its ability to sort out the virus mess and tackle its implications on the economy. The fresh outbreak has hit when many have yet to recover from the economic impacts caused by the first wave of the Covid-19 outbreak, according to the government source.

"The opposition hasn't done any better either. People are fed up with both sides which are trying to make themselves look good by attacking the other," said the source.

As the Pheu Thai's promise of a ruthless censure debate was met with disparaging remarks from the government, some observers reckoned the political spotlight in the near future could be on former Pheu Thai heavyweight Khunying Sudarat Keyuraphan.

Khunying Sudarat resigned from the party's strategy committee in September before quitting Pheu Thai on Nov 30. Other Pheu Thai stalwarts -- Pokin Polakul, Watana Muangsook and Pongsakorn Annanopporn who were not MPs -- also quit along with her.

The PPRP source said the party is closely watching Khunying Sudarat's moves now that she has set up her own political party.

"All eyes are on her every move now. There are reliable reports that some Pheu Thai MPs in several northeastern provinces are weighing up whether to stick with the party or defect," said the source.