Prime Minister Prayut Chan-o-cha counters opposition criticism on the second day of the censure debate, which touched on the government's Covid record, arms procurement schemes and the closure of a goldmine in Phichit. Photos by Chanat Katanyu

Prime Minister Prayut Chan-o-cha on Wednesday warned critics of the government's vaccination programme that they would be held responsible if their comments affected the delivery of Covid-19 vaccines.

Gen Prayut hit back at an MP from the opposition Move Forward Party (MFP) who had questioned the government's delivery of the vaccine, saying the issue should not be politicised.

He said: "I am concerned that comments on the vaccines will cause problems. I don't want it to be politicised. You have to be careful. If we cannot get what has been agreed upon because of this, you must accept responsibility."

He said the government was trying to solve the economic problems caused by the pandemic and fully appreciated the extent of people's suffering.

"This is because we have [real] information. We do not surf on social media alone," said Gen Prayut. "Having power does not mean I can issue any orders [I like]. But I have to listen to doctors and make sure vaccines arrive as soon as possible. I don't want any delay. 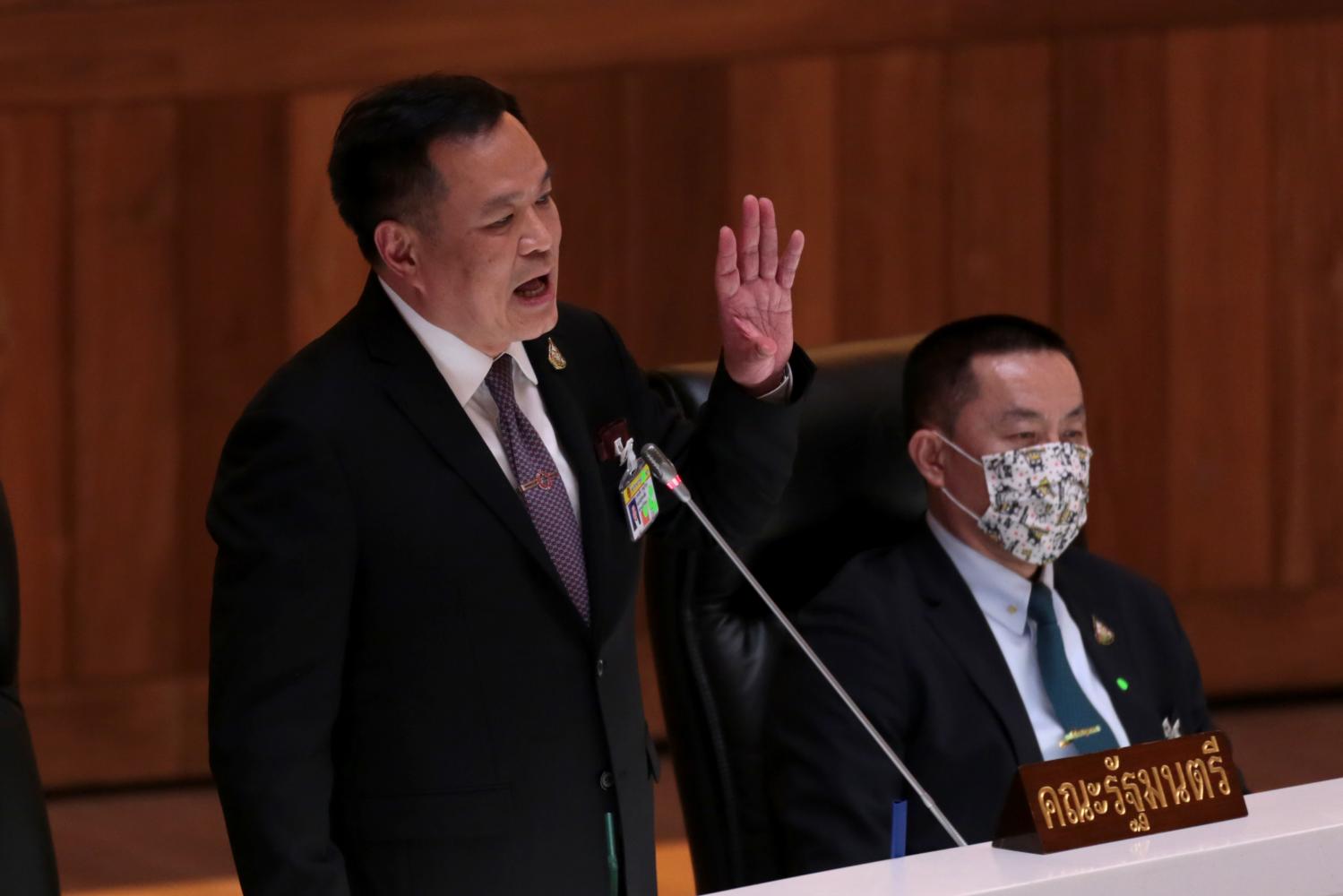 "However, I insist Thailand has done a better job of controlling Covid-19 than several other countries, and we're still trying to do even better."

The premier said he had received in­forma­tion that as many as 80% of Thais wanted to be vaccinated while 10% had doubts and the rest were against it. The vaccines will gradually arrive and the situation will improve when Thailand can produce its own Covid-19 vaccines, Gen Prayut said, stressing those most in need would get the first jabs.

He also welcomed news that the first locally made vaccine would enter its first phase of human trials on March 1 and involve 210 participants. The second trial is due to begin by April on 250 participants and the final trial is expected to begin by the end of this year.

The Government Pharmaceutical Organization (GPO) has been working on the project with its international partners, including the global Programme for Appropriate Technology in Health (PATH) and the Icahn School of Medicine at Mount Sinai, New York. Together they have developed a pilot NDV-HXP-S vaccine and lab tests have been showing promising results.

The GPO and Faculty of Tropical Medicine, Mahidol University are now working to prepare the pilot vaccine for the human trial, raising hopes the country will soon be able to produce its Covid-19 vaccine at a rate of 25-30 million doses per year, Gen Prayut said.

He also questioned the government's over-reliance on one company. "According to an estimate from the government, if the vaccine rollout is too slow by one month, the economic losses will amount to about 250 billion baht a month,'' Mr Wiroj said. 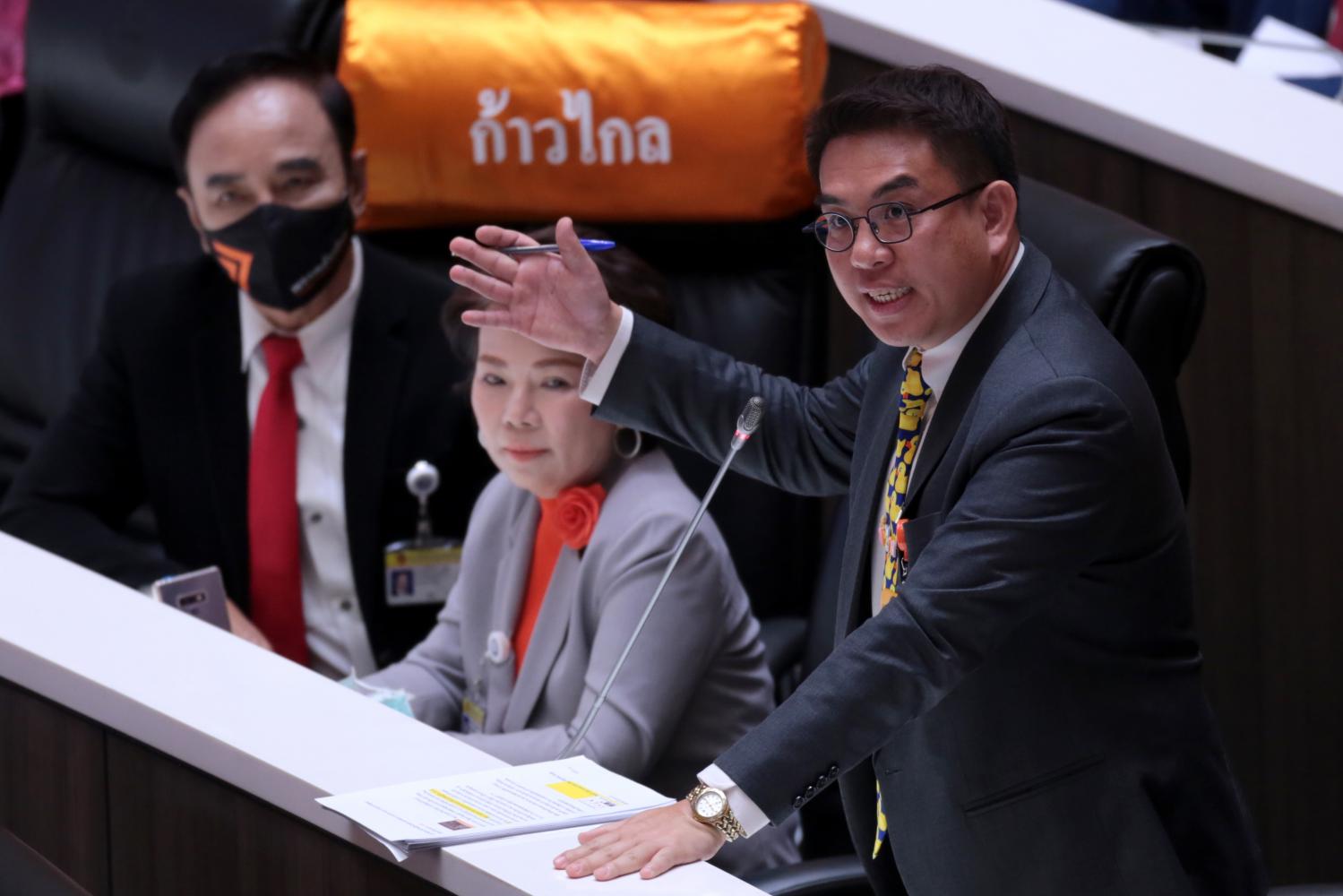 "Therefore, each day the government delays its rollout, the country will lose 8.3 billion baht, or 347 million baht per hour.

"The vaccination is not only about preventing the outbreak -- its importance also lies in ensuring a faster economic recovery and easing the plight of Thais nationwide."

Thailand has lagged behind many other countries in the region which have already started vaccinating, Mr Wiroj said. He also asked why the government had not bought vaccines from Chinese company Sinopharm which used the same technology as another Chinese company, Sinovac.

Mr Wiroj also criticised the government for not joining the World Health Organisation's Covax vaccine programme, pointing out many wealthy countries had joined the programme, including Canada, Australia, Norway and many members of the European Union.

On Sunday, government spokesman Anucha Buraphachaisri responded to reports that Thailand was the only Southeast Asian country to skip the WHO's Covax scheme, saying that as a middle-income country it was not eligible for free or cheap vaccines.

If Thailand wanted to join the Covax programme, it would have to pay full price for vaccines and that carried the further risk of the country having to pay in advance without knowing the source of the vaccines or their delivery dates.

Thailand decided against joining the programme to pursue its own deals because the government is not allowed to spend money on vaccines which have not been proven to be effective.