Several of those sentenced are current Cabinet members

The Criminal Court on Wednesday sentenced former protest leader Suthep Thaugsuban and 25 others to jail for their role in street rallies to oust the elected government led by Yingluck Shinawatra.

Twenty-five other members of the movement were also found guilty in a ruling that took six hours for the court to read.

Other key PDRC leaders were given jail sentences as follows: 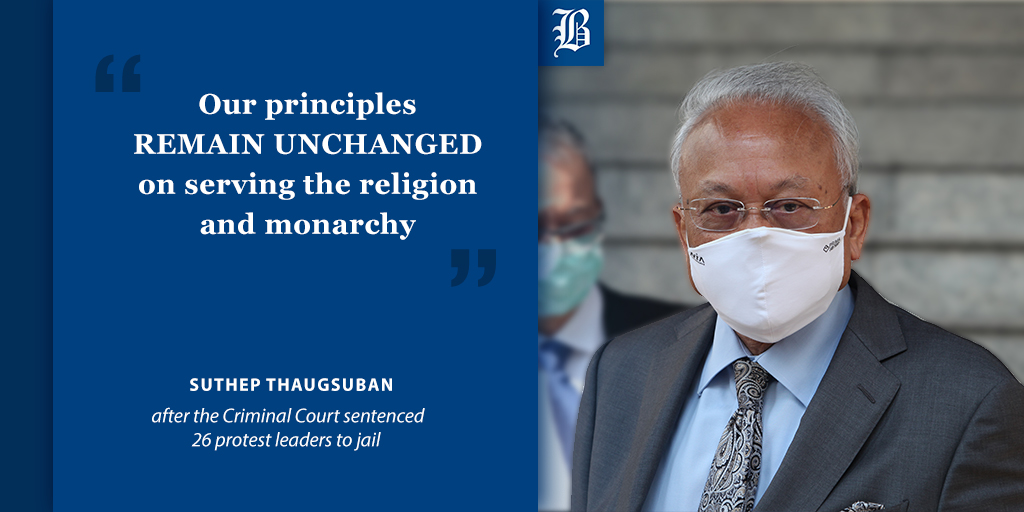 "Today several key PDRC members were sentenced to jail for multiple years. However, our principles remain unchanged on serving the religion and monarchy," Mr Suthep posted on Facebook after the ruling.

Mr Buddhipongse is currently the digital economy and society minister, Mr Nataphol is the education minister and Mr Thaworn is the deputy transport minister.

Deputy Prime Minister Wisanu Krea-ngam said the three were immediately disqualified from their cabinet posts as a result of the ruling.

Mr Chumpol and Mr Issara are MPs from the Democrat Party.

Ms Taya, who is the wife of the education minister, was given a suspended sentence of one year and eight months.

Twelve defendants received suspended jail terms on the grounds that they did not have a major role in the PDRC. 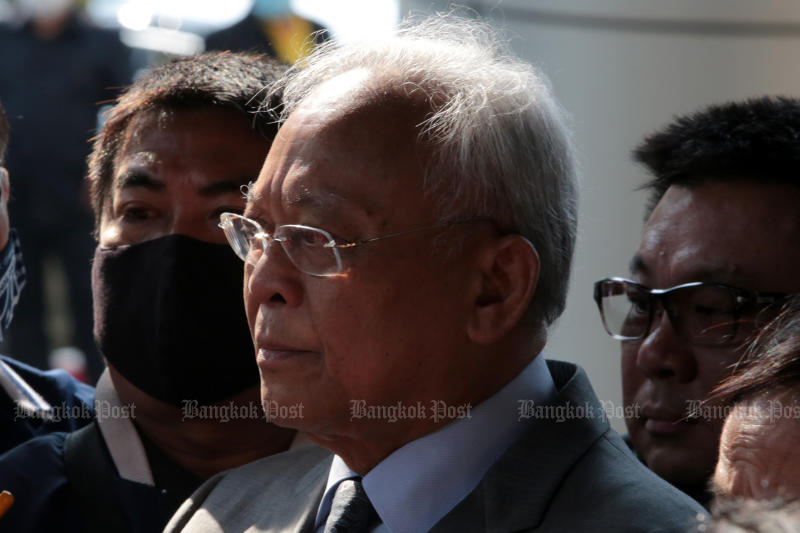 Mr Suthep at the Criminal Court with supporters. (Photo by Chanat Katanyu)

The anti-Shinawatra crusaders were indicted on multiple charges -- including terrorism and insurrection -- for their role in street protests to oust then prime minister Yingluck between November 2013 and May 2014. The sometimes violent demonstrations ended when the National Council for Peace and Order staged a coup on May 22.

The defendants pleaded not guilty during their arraignment at the Criminal Court in 2018.

The Criminal Court denied a bail request for Mr Suthep, Mr Chumpol, Mr Buddhipongse, Mr Thaworn, Mr Nataphol, Mr Issara, Mr Samdin and Mr Suwit. The eight were detained at Bangkok Remand Prison while waiting for another bail request to be considered by the Appeal Court.

The Criminal Court granted bail for six defendants, including Mr Suriyasai, after the ruling.