Court approves temporary release for 14 others held on Saturday

Police arrest four WeVo guards on the fifth storey of the parking building at Major Ratchayothin on Saturday. (TLHR photos)

Police held at least 48 guards and people in an eventful arrest at a shopping mall on Saturday afternoon.

Of them, 30 were later released on the same day without charges. The remaining 18, including two 17-year-olds and a surgeon, were detained overnight at the Border Patrol Police Region 1 in Pathum Thani.

The charges against them came on Sunday. Police claimed the WeVo (We Volunteer) group, led by Mr Piyarat, was an illegal association. It was an assembly of more than five, hid its methods of operations, divided its responsibilities and aimed to commit illegal acts.

According to Thai Lawyers for Human Rights (THLR), whose lawyers represent them, police claimed to have received intelligence that the group would meet at the mall on that day to plan the use of arms such as catapults, iron balls, smoke bombs and other equivalent objects. 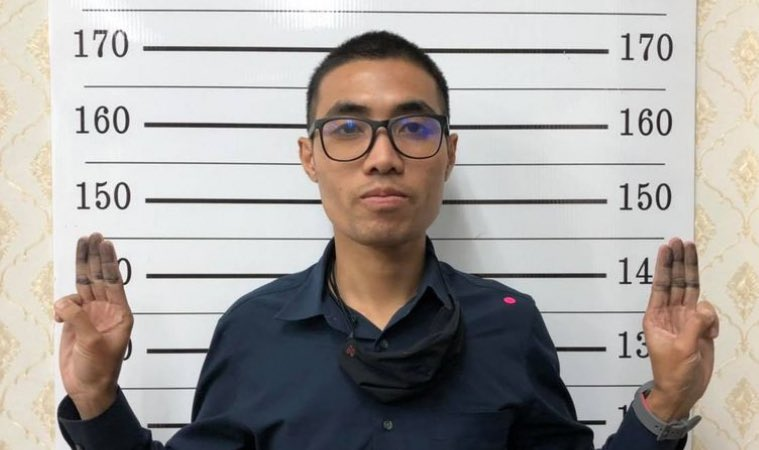 According to the charges, police took Mr Piyarat in a car to Border Patrol Police Region 1. The other four were put in two suspect vans.

While they were driving from the mall, other WeVo guards threw stuff at the vehicles to try to stop them.

The second vehicle could not go further at the red right at Ratchayothin intersection since a traffic barrier used by the protesters was stuck underneath.

The guards who followed the vehicle there then started to hit it and opened the door to let the suspects flee. They also beat up the driver, who was a policeman.

The third vehicle was stopped in front of Chandarakasem Rajabhat University on Ratchayothin Road. A man stopped it with a motorcycle and others hit the vehicle and its windows, causing the driver to flee. The detainees inside fled.

All 18 people refused to sign since they thought they were not truthful. They denied the charges.

THLR’s account of the event given by the suspects was different.

While REDEM (Restart Democracy) demonstrators were marching from Ha Yaek Lat Phrao to the Criminal Court on Saturday afternoon, WeVo guards and members of the general public who did not join the march were arrested by plainclothes police on the 5th storey of the parking building at Major Ratchayothin mall.

Mr Piyarat went live on Facebook on the arrest at around 6pm. Around 20 policemen asked to search him and four other guards.

The incident happened while 20 guards were eating from lunchboxes on the fifth storey.

Around 10 commando policemen got out of the vehicles and told them to lie down with some pointing rifles on their backs.

Their belongings were then searched and seized. The police then cable-tied their hands and put them in the vehicles.

At that time, some people and other WeVo guards who  heard about the arrests arrived and were held too.

The detainees were then taken in three vehicles to be taken from the mall.

A number of people tried to stop the vehicles and one of them could not move from the Ratchayothin intersection.

At 6.45pm, another truck with 14 detainees arrived at the Criminal Court where demonstrators were gathering.

A group of people surrounded it at Chandarakasem Rajabhat University. The driver left the truck.

The people who stopped it opened the windows and bring some bottles of water for the detainees, who refused to get out for fear of being charged with escaping arrest since their IDs had been seized earlier.

Police at the nearest Phahon Yothin station were contacted to handle the situation but after two hours nobody came.

At 9pm, TLHR lawyers arrived. They led the 14 detainees on foot to the police station to show they had no intention to flee. They also asked about their charges and what authority official used in detaining them.

Another 13 guards and people held in the second vehicle later reported to the police station, followed by another three, one of whom was 17, bringing the total to 30.

Phahon Yothin police processed them but could not tell them what had happened since the arrest teams were not from the station. They later allowed them to leave without charges.

All in all, at least 48 people were arrested, the highest number since the Ratsadon protests began in mid-2020, according to THLR.

Meanwhile, Mr Piyarat confirmed he and 17 other people were taken to Border Patrol Police Region 1. His bail request was denied on Monday but the court allowed 14 of them to be released on bail.

The other two were minors who were taken home. Their cases will be sent to the Central Juvenile and Family Court. 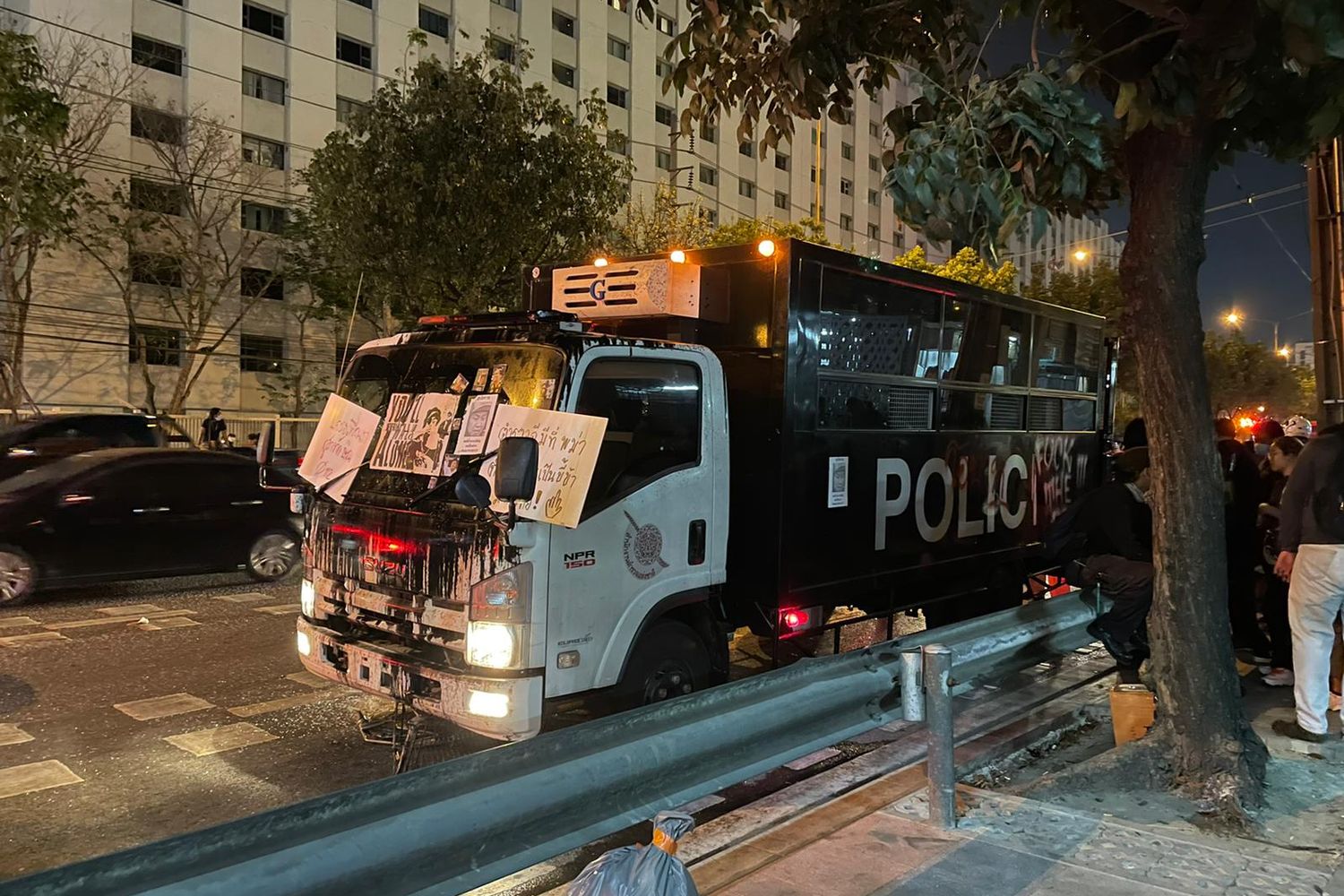 A suspect van used by police to hold WeVo guards on Saturday.