Despite being renowned for helping its neighbours, this time the door is not so wide open

Hmong children at Ban Huay Nam Khao camp in Phetchabun listen to a speech by a visiting Lao official who in 2009 tried to persuade around 4,700 Hmong to return to Laos. PATTANAPONG HIRUNARD

A policy of humanitarianism first and foremost has always been the guiding principle for Thailand when it comes to dealing with refugees fleeing wars in neighbouring countries.

Songrit Pongern, Kasetsart University's specialist lecturer on Asean Studies, echoed the Thai authorities when talking about how best to accommodate the current exodus of people caused by the post-coup bloodshed in Myanmar.

He explained that Thailand has not joined the 1951 Refugee Convention, which is the key legal document that forms the basis of the work of the UN refugee agency, the UNHCR, and its 1967 Protocol. Ratified by 146 states, the convention defines the term "refugee" and outlines the rights of the displaced, as well as the legal obligations of states to protect them.

Thailand is the country of first asylum for over 1.3 million refugees from Cambodia, Laos and Vietnam but does not endorse these asylum seekers as refugees according to this definition, Mr Songrit said.

"We did not use violence to push them back and opened for international agencies to collaborate in helping to send them to a third country. From 1975-1989, more than a million people of the three nationalities have come to Thailand and then relocated to a third country," he said.

Later, over 7,000 Lao Hmong were sent back and 15,000 were relocated to the US while tens of thousands are still stateless people living along the Thai border, Mr Songrit said.

According to the UNHCR, which has been present in Thailand since 1975, the kingdom continues to host some 91,809 refugees as of February 2021 from Myanmar in nine government-run temporary shelters in four provinces along the Thai-Myanmar border, in addition to approximately 5,000 urban refugees and asylum-seekers from over 40 countries, and some 475,000 people registered by the Thai government as stateless.

Since October 2016 over 1,000 refugees in the temporary shelters on the Thai-Myanmar border have returned to Myanmar through the Facilitated Voluntary Return programme led by the governments of Thailand and Myanmar with the support of UNHCR and other partners. However, a large majority have not come forward to apply to return.

Following the fall of Saigon during the Vietnam War, aka the second Indochina War, thousands of refugees took to the South China Sea in small boats. Thailand was the country of first asylum for over 1.3 million refugees from Cambodia, Laos and Vietnam. The Thai government invited the UNHCR to provide international protection, support resettlement in third countries and facilitate voluntary repatriation.

Meanwhile, it depends on the government over a particular period of time whether to grant Thai nationality to those arriving under specific conditions, Mr Songrit said.

As for the current situation of violence in Myanmar following the Feb 1 military coup where the death toll from the crackdown on civilian protesters has risen to over 550, Mr Songrit said Thailand has to be careful with its stance, adding that the fighting between the Myanmar military and the minority groups along the Thai border would unavoidably make things more complicated.

"In Asean, no country is significantly better off than the others except for Singapore. We are all also facing the threat of Covid-19 and have to take public health measures into account. Meanwhile, our politics is not stable and any action can lead to opposition and we [political players] are not looking in the same direction. Everything then becomes ridden with indecisiveness," he said.

Siyeed, a 50-year-old Rohingya living in Bangkok, fled the student crackdown in Yangon in 1988 into Mae Sot alone. Not knowing anyone and leaving his parents in Rakhine, he has worked in many jobs in the country ever since and now resides with his common-law wife.

Also known as Ali, he said nowadays there are around 4,000 Rohingya scattered in the kingdom selling clothes, roti and other street food. As a "Pink Card" holder who can speak Thai fluently, he volunteers as a coordinator and interpreter helping Rohingya in trouble in the kingdom.

"Thai authorities want us to have our nationality verified but the Myanmar government has always refused to accept [or verify our nationality or status]. Rohingyas in Thailand have always faced problems in [seeking legal] jobs and public health services, we have had to hide ourselves for over a decade," he said. 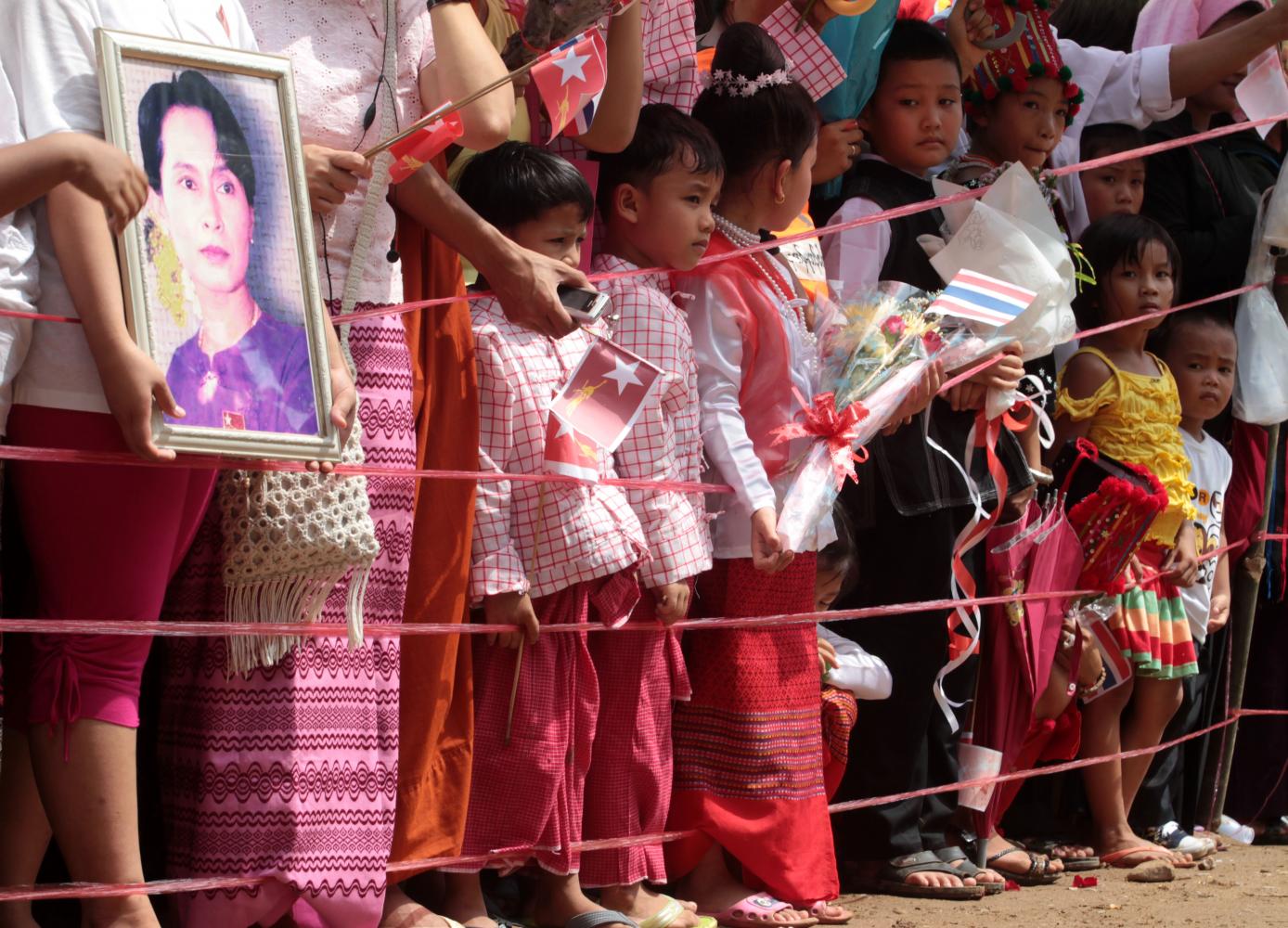 Speaking about Thailand in particular, he said that that it has always struck him that "Thais are kind. That's their nature, not cruel. But all I could ever do [legally] was just work for a daily wage [in order to stay in the country]."

"Overall, [living in] Thailand is far better than Myanmar. Thais have always been very helpful towards people from Myanmar, especially after the tsunami, or Cyclone Nargis, and the earthquake [in Bagan in 2016]. Thailand has always been among the first to help," he said.

The self-proclaimed chief of the Rohingya in Thailand at the moment said he had requested that Thailand release and deport some of the hundreds of Rohingya arrested by immigration police over the past few years.

Now, however, he acknowledges the need for governmental pressure to allow them to return home safely, especially in light of additional health concerns prompted by the Covid-19 pandemic.

"I want the Thai government and Asean members to urge the Myanmar authorities to stop killing their people," he said.

"Asean countries are our neighbours. What kind of neighbours allow murder next door and turn a blind eye to it by saying 'it's not my business?' "

He would support the UN sending troops to control the situation, he said.