A protester shows a picture of Parit Chiwarak during he silenbt protest against the detention of leading activists, outside Khon Kaen University on Sunday. (Photo: Chakkrapan Natanri)

KHON KAEN: About 20 members of the anti-government Ratsadon group staged a quiet protest, standing still in front of the Khon Kaen University nameboard on the Mitraphap highway in Muang district on Sunday, demanding the release on bail of their leaders detained in prisons across the country.

All of them strictly followed provincial health safety rules, having their temperatures taken and santising their hands before starting their protest about 6pm. They were closely watched by uniformed and plainclothed police.

The protesters stood well apart, wearing face masks and holding posters with pictures of the detainees and messages voicing their demands.

Vachirawit Thetsrimuang, known as Safe, a Ratsadon group core member in Khon Kaen, told reporters the protest was to stress the group's demand for the release on bail of  leaders  detained at various prisons throughout the country, so they could properly prepare to defend themselves in court.

"We want all detainees charged under Section 112 or 116 of the Criminal Code, or both, to be released.

"Our activities have been limited by the third wave of Covid-19, which has made it difficult to stage large gatherings. However, we will continue with our activities online. Standing still is also a form of struggle.

"We reiterate our three demands - the resignation of the government, constitutional amendment and the reform of the monarchy," Mr Vachirawat said.

During Sunday's protest, the group also called for Khon Kaen University to review its termination of its employment contract with David Streckfuss, an international coordinator of Khon Kaen-based The Isaan Record and director of the Council on International Educational Exchange Khon Kaen. Mr Streckfuss is a political activist. 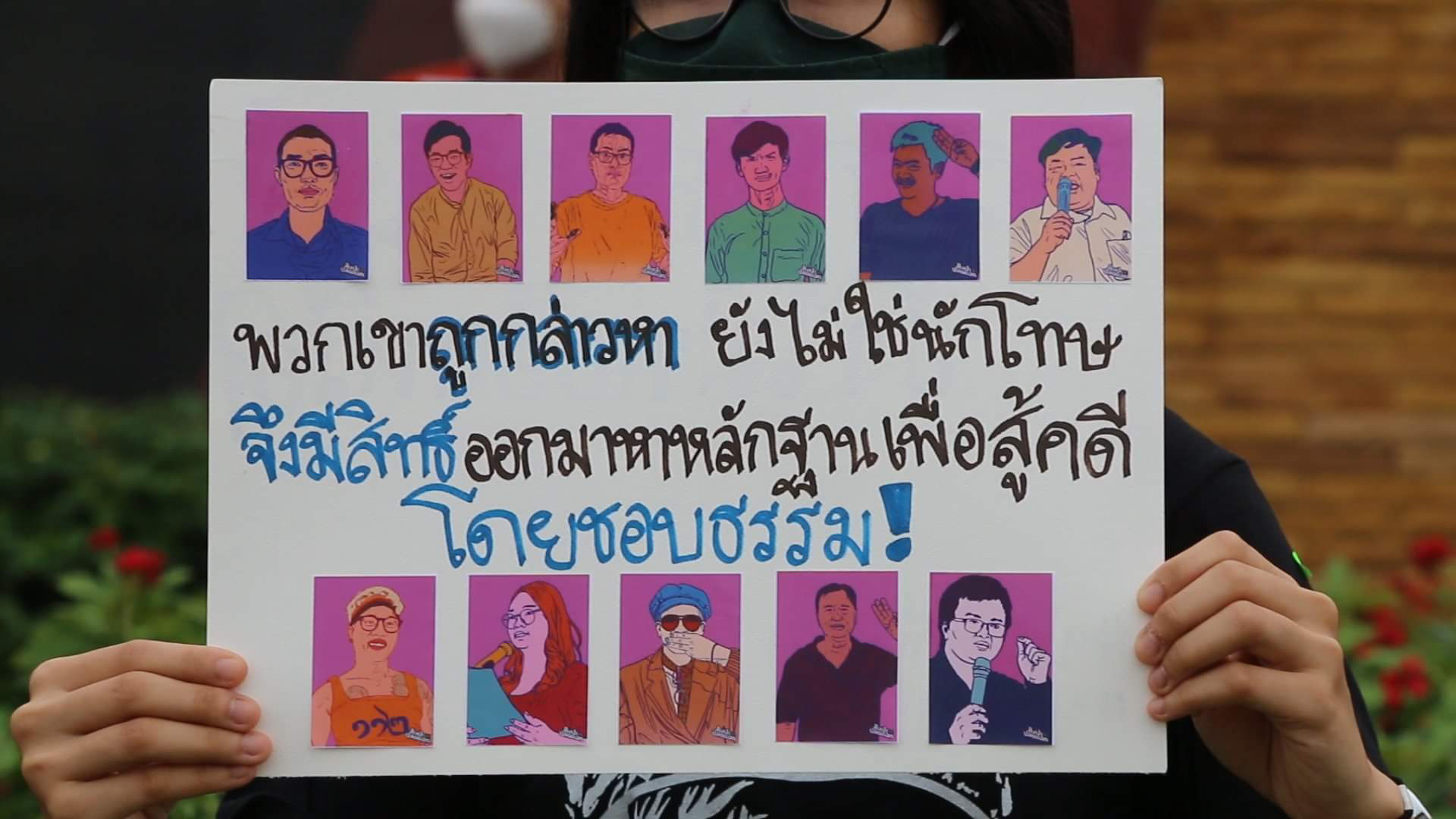