According to the Real Estate Information Center, the decrease in land price index in greater Bangkok is due to the negative impacts from the Covid-19 outbreak. (Photo by Pattarachai Preechapanich)

The land price index in greater Bangkok recorded a quarterly drop in the first quarter this year for the first time since the index began in 2012 due to the impact of the pandemic, according to the Real Estate Information Center (REIC).

Vichai Viratkapan, REIC's acting director-general, said the quarterly decrease in the land price index in greater Bangkok in the first quarter of 2021 followed a year-on-year decline of 13.3% in the number of land transfers in the fourth quarter of 2020.

"It was the first drop since we began doing the index in 2012," he said. "This derived from negative impacts from the outbreak which saw infections surge in many areas."

According to REIC, the price index of vacant land in greater Bangkok in the first quarter this year was 326.2 points, down 2.2% from 333.4 points in last year's fourth quarter. 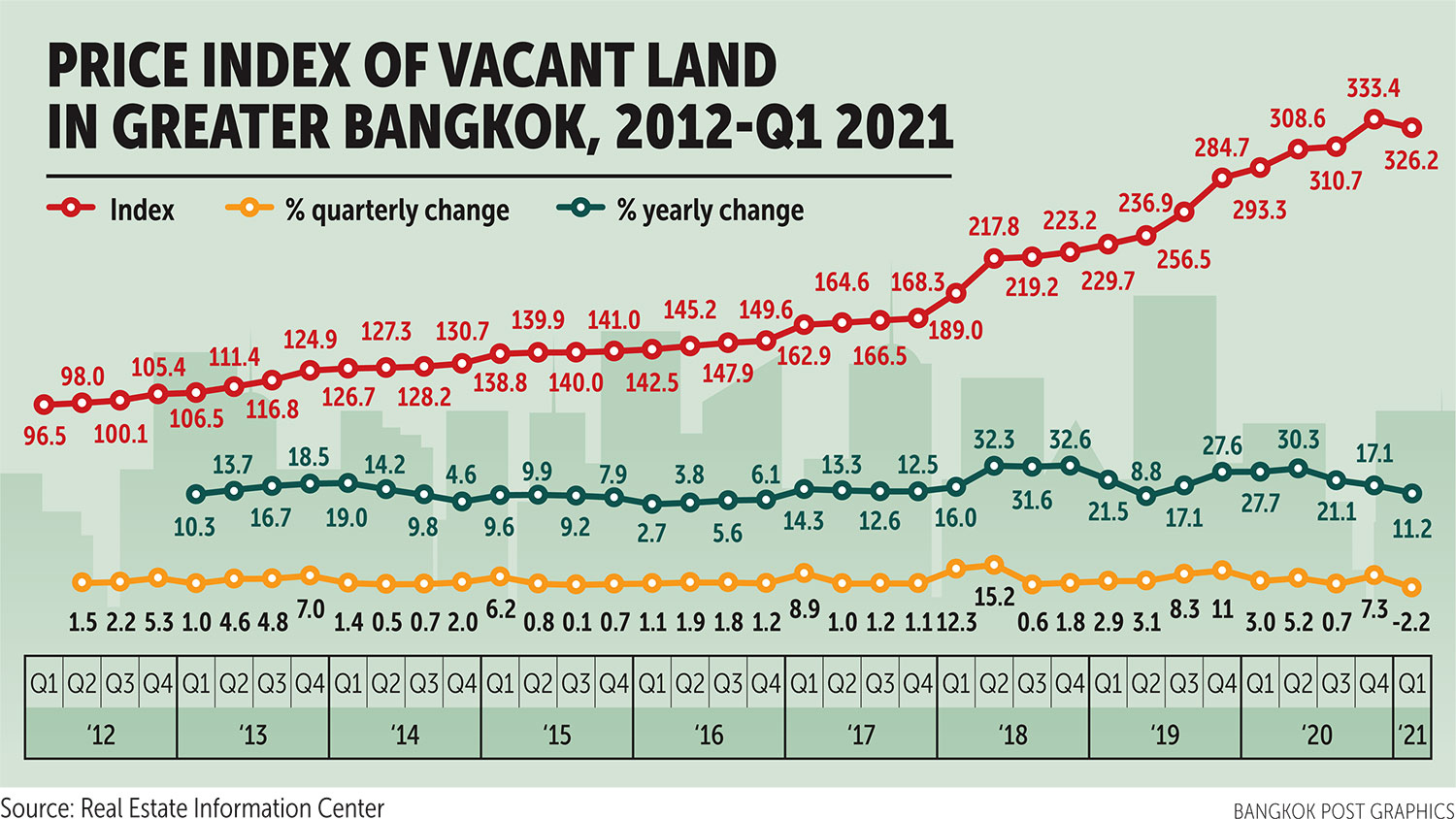 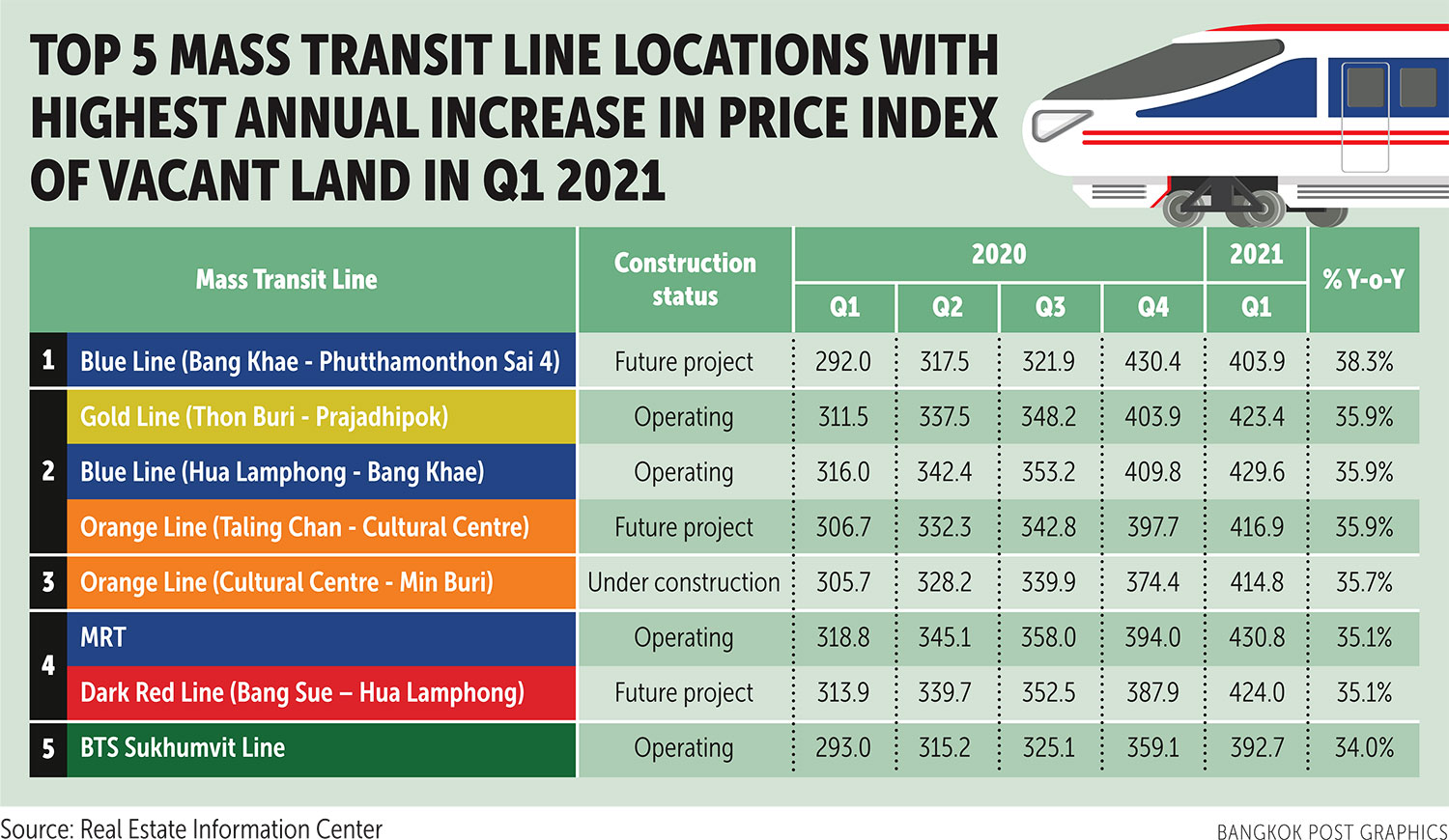 "This suggests that developers have slowed their land purchases for new project development," said Mr Vichai. "Many of them bought land when they wanted to develop it within a year or less. They no longer accumulated land banks."

REIC reported the majority of land price rises in the first quarter this year remained in locations along mass transit routes.

The largest increase was in locations along the Blue Line from Bang Khae to Phutthamonthon Sai 4, one of the future extensions.

This section, running along Phetkasem Road to Samut Sakhon, will link the Blue Line from Hua Lamphong to Bang Khae which started running in the third quarter of 2019.

According to Kiatnakin Phatra Bank's research center KKP Advice Center, the Phetkasem zone is one of five locations which has potential for development for both single detached houses and townhouses in 2021.

For townhouses, unit prices of three to four million baht are attractive to develop and those priced between two to three million baht will see high competition in some locations.

Target groups for these price ranges are those with strong purchasing power and real demand who received less impact from Covid-19.

KKP Advice Center estimated a number of townhouses being sold in greater Bangkok would total 26,385 units this year and 30,313 units in 2022 - figures close to those prior to the pandemic.

The research also suggested single detached houses priced between 7-10 million baht would have a good rate of sales in some locations, following a rise in supply in some areas with good potential to benefit from a change in city planning.

Those locations included those on newly-built roads like Srinakarin-Rom Klao Road, or near extensions of expressways and large-scale facilities.

However, it suggested developers study the market, competitors and the quantity of new supply being added before establishing developments to avoid an oversupply.