The Prime Minister Operations Centre (PMOC) has launched a campaign, derided by critics, to end attacks on Prime Minister Prayut Chan-o-cha for holding on to power for so long. 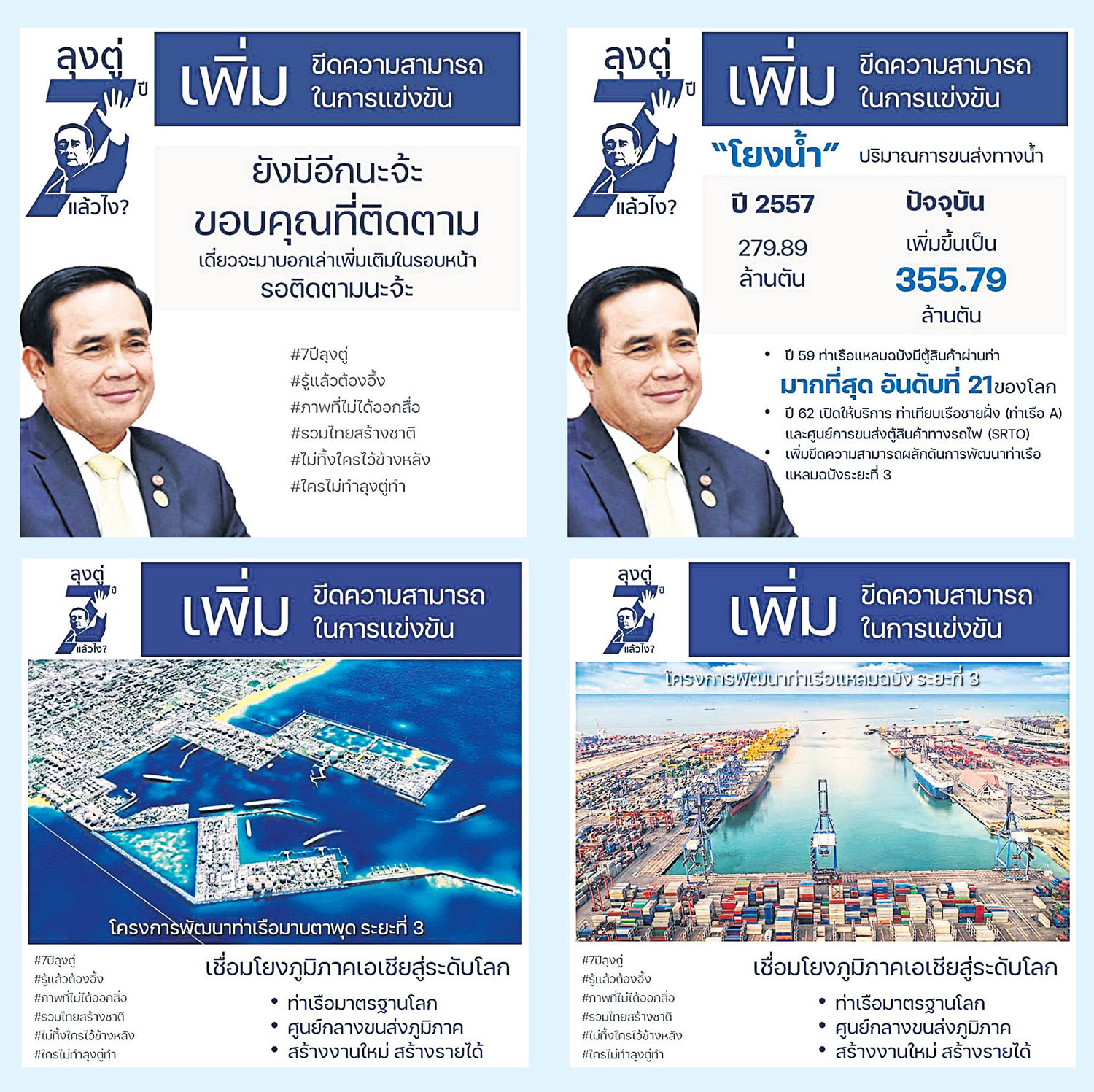 Infographics featuring Prime Minister Prayut Chan-o-cha and projects developed during his seven-year tenure are posted on the Facebook page of the Prime Minister’s Operations Centre (PMOC) in its campaign to counter criticism spreading on social media of his lengthy stay in power.

The centre is promoting several development projects he has championed during his seven-year spell in office in a public relations drive called: "Uncle Tu, 7 years. So, what's wrong?"

Much of the criticism claiming that seven years was too long for him to have remained in power has appeared on social media.

The PMOC is looking to deflect criticism by highlighting the government's achievements.

The campaign was announced on the PMOC's Facebook page which also ran photos of Gen Prayut attending functions connected to the projects.

It has drawn negative responses from the government's critics who warn the posts may backfire if voters object.

Assoc Prof Phichai Ratnatilaka Na Bhuket, a lecturer at the Graduate School of Social and Environmental Development of the National Institute of Development Administration, said the tone of the PMOC's campaign was "roguish" and "arrogant" in nature.

In a Facebook post, he said the tone of the message reflected aggressiveness, arrogance and a readiness to resort to violence.

He said he was not surprised to see this type of language from Gen Prayut's team since those working with him were rather aggressive.

Several members of his government appear as ruffian and arrogant types, with threatening and aggressive personalities being the norm, he said.