'No benefit' in charter rewrite

Experts say the push to amend the constitution is designed to benefit political parties anxious to run in the next election, not the public 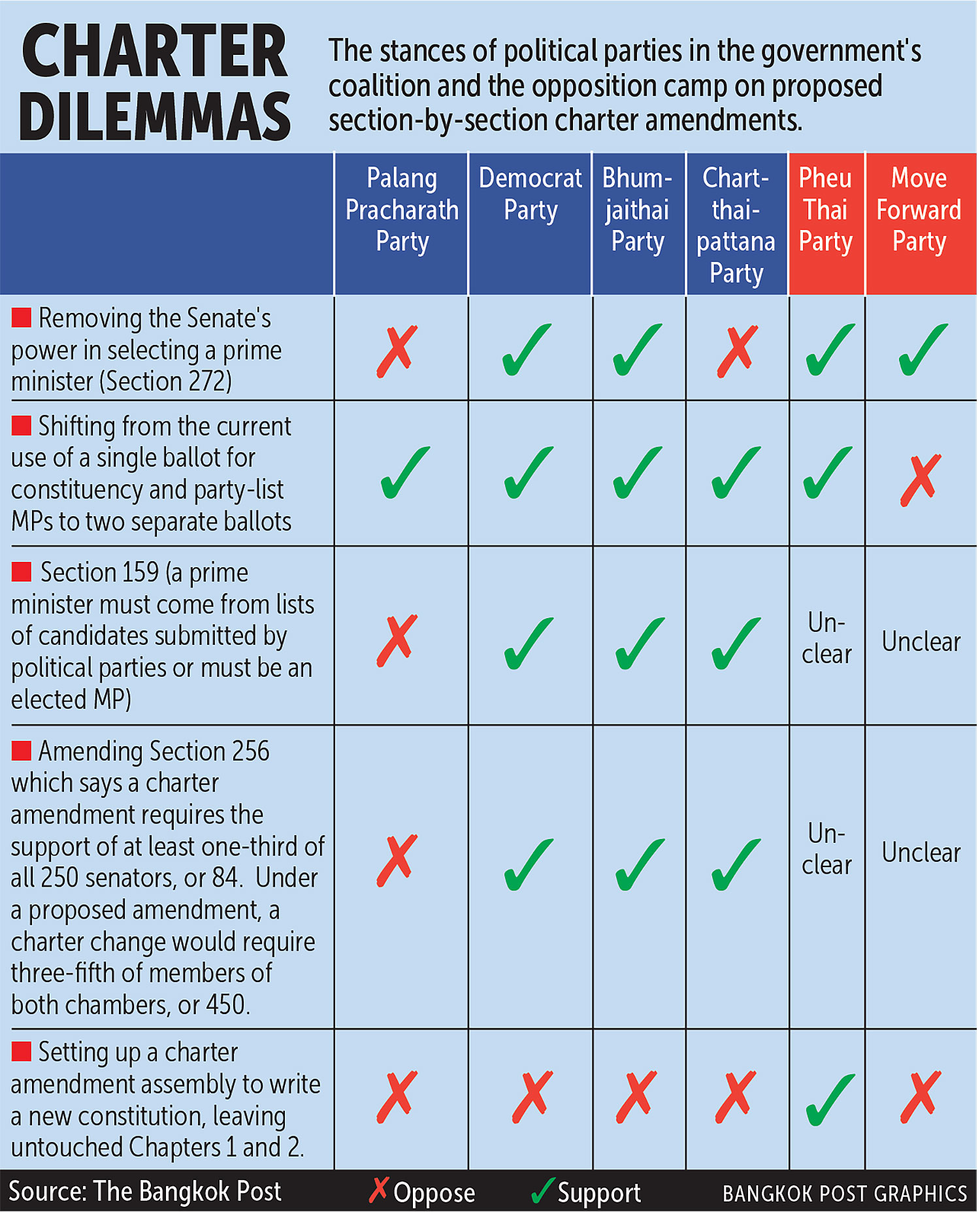 In an interview with the Bangkok Post, academics said the move would only benefit politicians rather than serve the public interest.

They also predicted that a proposal to revise the voting system is expected to sail through, but a proposal to remove the Senate's power in the selection of a prime minister is likely to hit a dead-end.

The proposal to "switch off" the Senate's power will be met with strong opposition from the ruling Palang Pracharath Party (PPRP) and the Senate itself, which have shared a common goal of backing Prime Minister Prayut Chan-o-cha to stay on in power for another term if the party wins the next general election.

Wanwichit Boonprong, a political scientist at Rangsit University, said the move to strip the Senate's power to choose a prime minister is unlikely to succeed because the Senate is given the power by the constitution to oppose charter amendments.

"It would destroy its own interests if the Senate relinquishes its power.

"Actually, the Senate was installed by the coup-makers to boost the government's stability," Mr Wanwichit said.

He said the proposal to revise the voting system by shifting from the current single ballot for constituency and party-list MPs to two separate ballots merits special attention. 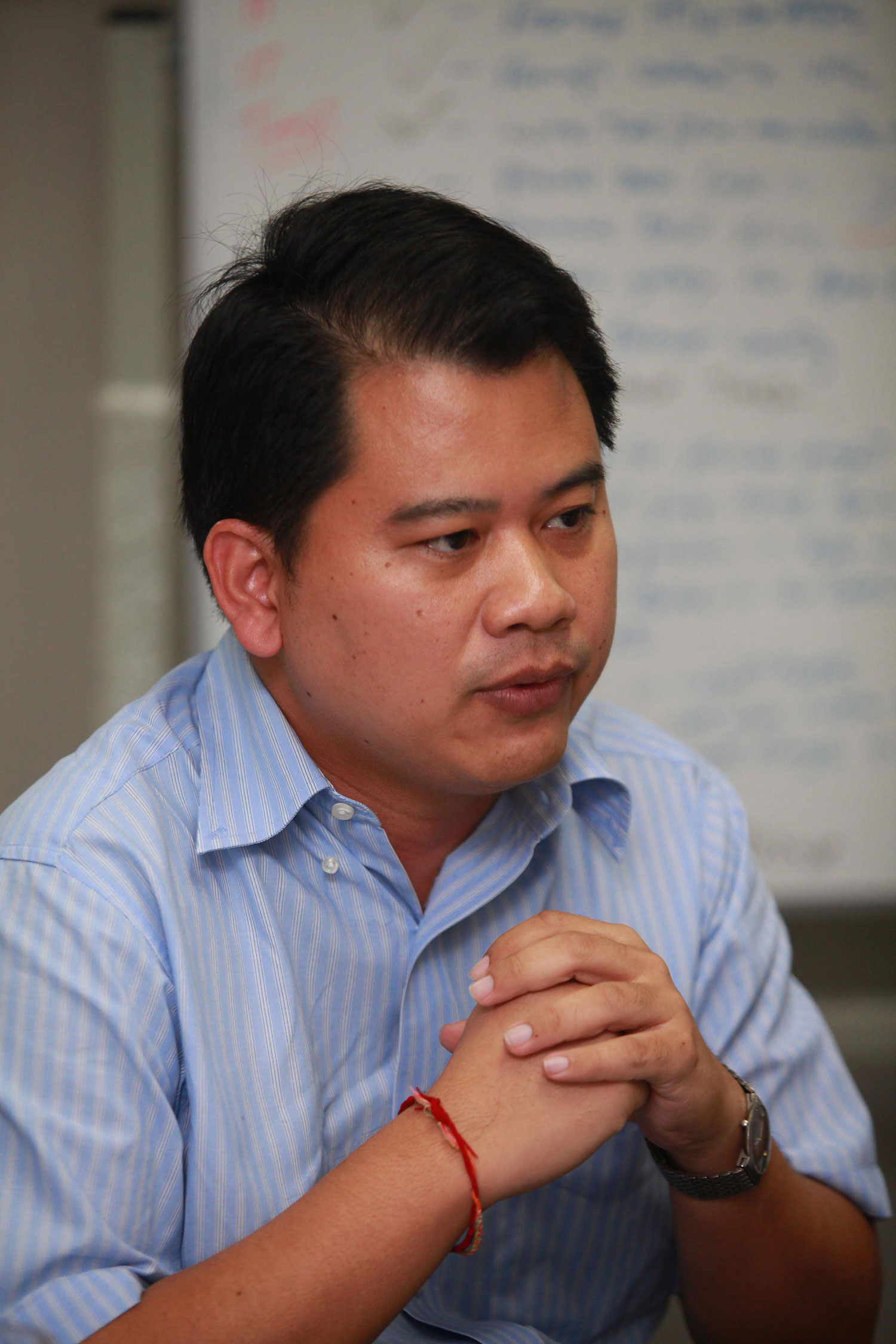 The people will not benefit from the move.

Critics say the single ballot makes it difficult for parties to grab a parliamentary majority and form a single-party government, which is deemed beneficial to the PPRP as it weakens the electoral power of the big rival parties, such as the Pheu Thai Party.

Mr Wanwichit said a bid to change the voting system is likely to sail through parliament as it has the support of both the PPRP and the main opposition Pheu Thai.

Both parties believe they could win more House seats in the next election under the two-ballot system.

As for the Democrat Party, its number of House seats would be slightly reduced while the Bhumjaithai Party and the Move Forward Party would see a sizeable reduction in the number of MPs in the next poll.

That's not to mention other small parties which would find it hard to grab a House seat under a two-ballot system, he said.

If the PPRP won the next election and formed a coalition government comprising the same parties as now under a two-ballot system, its increasing number of House seats will give the party the leverage it needs to bargain for more cabinet seats, Mr Wanwichit said.

He also said Pheu Thai would be unlikely to join the PPRP-led coalition government, but would continue to work with the same political allies after the next poll.

But if Pheu Thai won the largest number votes in the next poll, the pressure will shift back on the Senate, which has the power to join MPs in choosing a prime minister, Mr Wanwichit said. 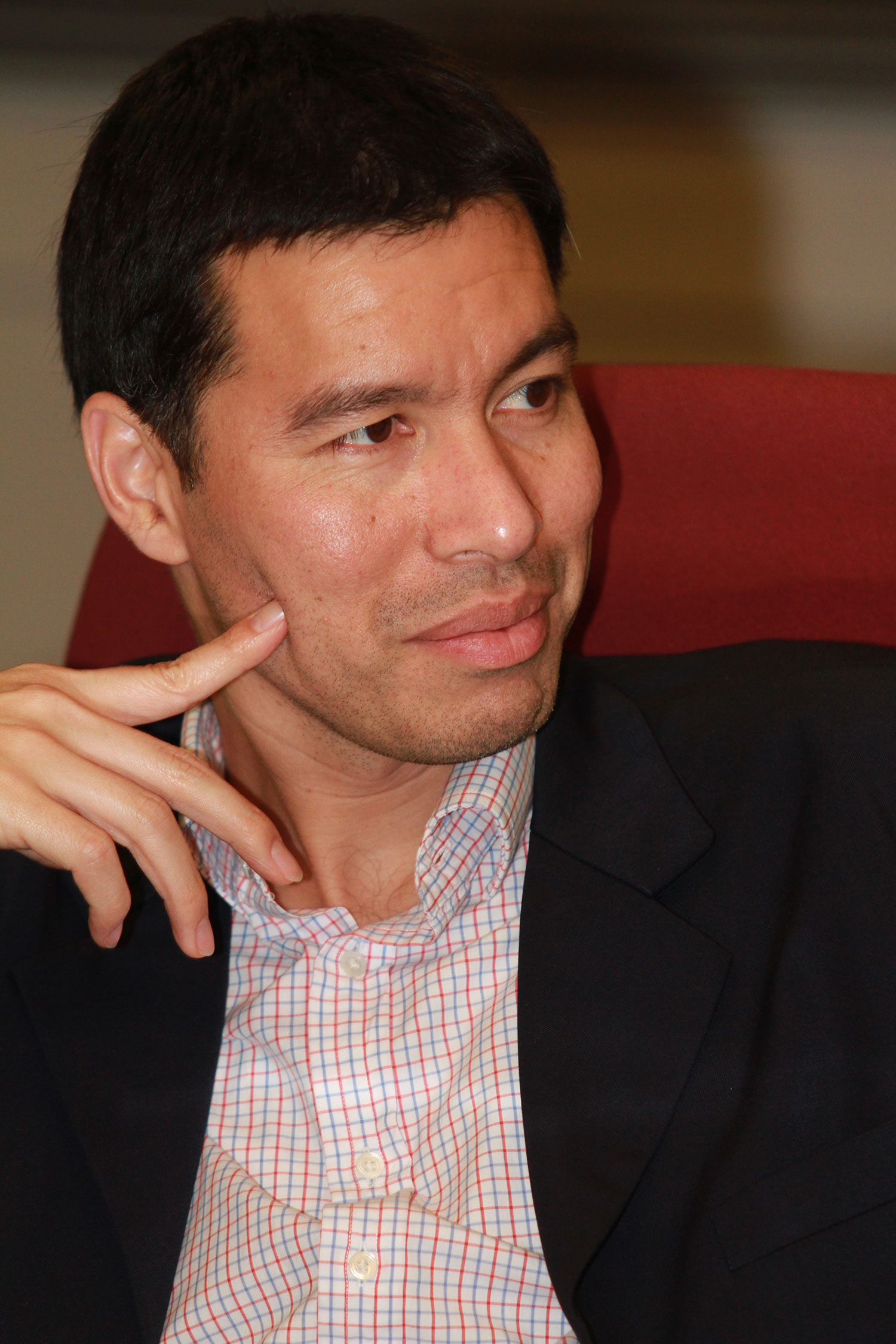 It’s like offering cosmetic improvements to deceive the people.

"A problem will arise if the Senate chooses a prime minister who does not come from a party which comes on top in the polls," he said.

He also did not give credence to claims by parties that the charter amendment bid was being launched for the sake of the public interest.

As long as a referendum has yet to take place, nobody will know if the people really want to support moves to remove the Senate's power or have a new constitution, Mr Wanwichit said.

''The people will not benefit from the move to increase the number of House seats and political bargaining power, so the political crisis will linger,'' he said.

He also believed Gen Prayut would be able to stay on for another term, given the extensive network of power he has established.

His power base covers many local administrative agencies built up during the past seven years.

Jade Donavanik, a legal scholar and former adviser to the Constitution Drafting Committee, echoed the view that moves to curb the Senate's power are unlikely to succeed because the PPRP needs it to choose a prime minister at the next election for the sake of its own continuity.

The Senate had also announced previously that it would shoot down any bill seeking to remove its power, while Pheu Thai may use it to bargain with the PPRP in exchange for revising the voting system, Mr Jade said.

He went on to say that the only aspect of the charter amendment proposal that appears to benefit the public, is the part on boosting rights and liberties.

"But that's very minimal. It's like offering cosmetic improvements to deceive the people," Mr Jade said.