The Ratsadon group will celebrate the first anniversary of its youth-led street protests in September, while today it counts itself as staying relevant and still packing a punch.

Critics, however, have noted that the group, which launched its first mass protest at Sanam Luang on Sept 19-20 last year, has since dwindled in numbers and has adopted a hawkish approach in mounting resistance against the government.

The Covid-19 pandemic has done little to deter the protests despite warnings by the authorities that they could spread infections.

The protests launched in September last year were trail-blazed by the United Front of Thammasat and Demonstration group. Now, frequent rallies are held under the Ratsadon umbrella which has a more inclusive ring to the name, according to a political observer.

While the public health crisis may largely explain the smaller rallies, it is not the only reason the gatherings are not drawing larger turnouts, the observer said.

Recent protests witnessed a band of "combative" protesters mustering, who were clearly prepared to stand up to the authorities in an eye-for-an-eye fashion. The critics, however, accused them of setting out to provoke violent clashes and trying to pin the who threw the first punch blame on the authorities.

Many are active members of the Restart Democracy (Redem) group, an outfit allied to Ratsadon, whose banner has been noted for its absence at recent anti-government protests.

As the confrontations between police and the protesters have at times grown quite violent, fewer people are inclined to take part in the rallies. Those who have kept away have resorted to pressuring the government via social media instead.

A communication expert said the protesters must not stray from the path of peaceful rallies or support for their cause risks falling by the wayside.

The expert added that Ratsadon may have attempted to tone down its demands and refocus from seeking monarchy reform to pressing for Gen Prayut Chan-o-cha's resignation as prime minister for usurping power by engineering the National Council for Peace and Order (NCPO) coup in 2014 and failing to control Covid-19.

However, critics accuse the movement of hiding behind the Prayut ouster agenda when in fact it is still speaking ill of the monarchy and the need for reforming the higher institution.

At one point, Ratsadon's co-leader Parit Chiwarak drummed up an anti-government campaign in the northeastern province of Khon Kaen and hammered home the message that Gen Prayut must stand down immediately to restore democracy in the country.

The communication expert said if Ratsadon sticks to the Prayut-ouster demand, it might attract more supporters among people angered by the government's alleged incompetence to curb a surge in infections and galvanise the movement.

The expert said many pandemic-frustrated citizens were losing faith in the government over its mismanagement of Covid-19. At the same time, they are not prepared to endorse any moves that would erode the sanctity or status of the monarchy.

It was observed in recent rallies that monarchy reform was being addressed outright or implied.

Another reason the Ratsadon group is not growing on the streets is that it has failed to forge alliances with more mature protesters at other rallies.

They include the Thai Mai Thon (Thais Won't Stand It) group led by Jatuporn Prompan, chairman of the red-shirt United Front for Democracy against Dictatorship; and the Prachachon Khon Thai (Thai people) group led by lawyer Nitithorn Lamlua.

The three groups command different followings, although Ratsadon is the newcomer that easily connects with young supporters via telecommunication technology.

But there is no denying that what keeps it from mixing with the other two groups is its monarchy reform stance, a goal the Ratsadon is unwilling to compromise, but which is snubbed by the other movements.

Following the ruling, the Criminal Court notified the Bangkok Remand Prison that Jatuporn will need to serve another 11 months and 16 days in connection with the 2009 defamation case filed against him by former prime minister Abhisit Vejjajiva.

The Supreme Court found Jatuporn guilty of defamation in December 2017 and sentenced him to 12 months in prison without suspension.

When the sentence was handed down, Jatuporn was already serving a sentence for defaming Mr Abhisit in a different case.

The lower court and the Appeal Court ordered a consecutive jail term, meaning he will start serving the new sentence after finishing the previous one.

However, Jatuporn appealed against the consecutive sentence order, saying it would deprive him of his rights and freedom.

The former red-shirt leader was released in August 2018 after completing the jail sentence for the first offence. The dispute over the consecutive sentence order had not yet been finalised.

The Supreme Court has since ruled against him and ordered him to serve the remaining jail term. However, a royal pardon has been granted and Jatuporn is to be released next month.

Even though the government has repeatedly assured people there will be enough vaccines for the national immunisation programme, the Covid-19 vaccines are currently a limited resource.

The mass vaccination drive got off with a bang on June 7 with hundreds of thousands of doses rolled out. But in less than a week the campaign slowed down and has not quite picked up the pace. As of July 28, the tally stood at some 16.6 million doses, with 12.8 million people receiving their first shot.

According to political observers, the sluggish rollout due to the supply constraints coupled with the spread of the Delta variant means the stakes are high for those who do not get their jabs and even higher for hundreds of thousands of medical personnel who work closely with patients.

So, a piece of news that a group of police officers in a lesser-known district of Buri Ram have received their third shots is not soothing to the ears of many left waiting for jab slots.

The government stands accused of messing up the vaccine procurement and the Buri Ram case is injecting more doubts into the vaccine programme, according to political observers. Critics suspect political interference in the vaccine allocation.

Medical workers are a priority group and should be the first in line for booster shots. Questions are being raised as to the circumstances the third doses were made available to police in Buri Ram.

Apparently, the 11 officers from Ban Mai Chai Pot police station volunteered to help transport Covid-19 patients so they were given booster shots to ensure sufficient protection against the virus, just like "frontline" public health workers.

According to Pol Maj Gen Rutthaphol, the shots given to the police were "extra" doses, referring to left-over content in vaccine vials. It is common for vaccine vials to have more in them than the amount stated on their labels.

Buri Ram's health office has also stepped up to explain the allocation of third doses. A total of 7,964 doses of the AstraZeneca vaccine were set aside as booster shots for frontline medical personnel and workers and in total, 3,533 people have received a booster shot, it said.

Taking the heat for this controversy is none other than the Bhumjaithai Party.

The second-biggest coalition partner has found itself under fire over the issue. Facing criticism is its leader Anutin Charnvirakul, who is also the public health minister, as Buri Ram is considered the party's political heartland.

Mr Anutin has repeatedly given assurances that no province will get preferential treatment regarding vaccinations although he has found himself dogged by vaccine controversy since the onset of the rollout.

Before the third dose controversy, this northeastern province drew flak for receiving a large share of Covid-19 vaccines despite it having a low case count.

Buri Ram is not even one of the 11 priority tourism provinces under the vaccine rollout plan.

Nipit Intharasombat, a former deputy leader of the Democrat Party, a Bhumjaithai coalition partner, has echoed a simple question -- whether police in any other provinces have received the "extra" doses as well.

According to the former Phatthalung MP, unless police elsewhere get the booster doses, what happened in Buri Ram will suggest cronyism that can spell doom for the government widely criticised for its poor handling of the third Covid-19 wave.

"I think it is the first thing Prime Minister Prayut Chan-o-cha must address if he faces a no-confidence debate. I don't want to guess what will happen if he can't answer questions about this. 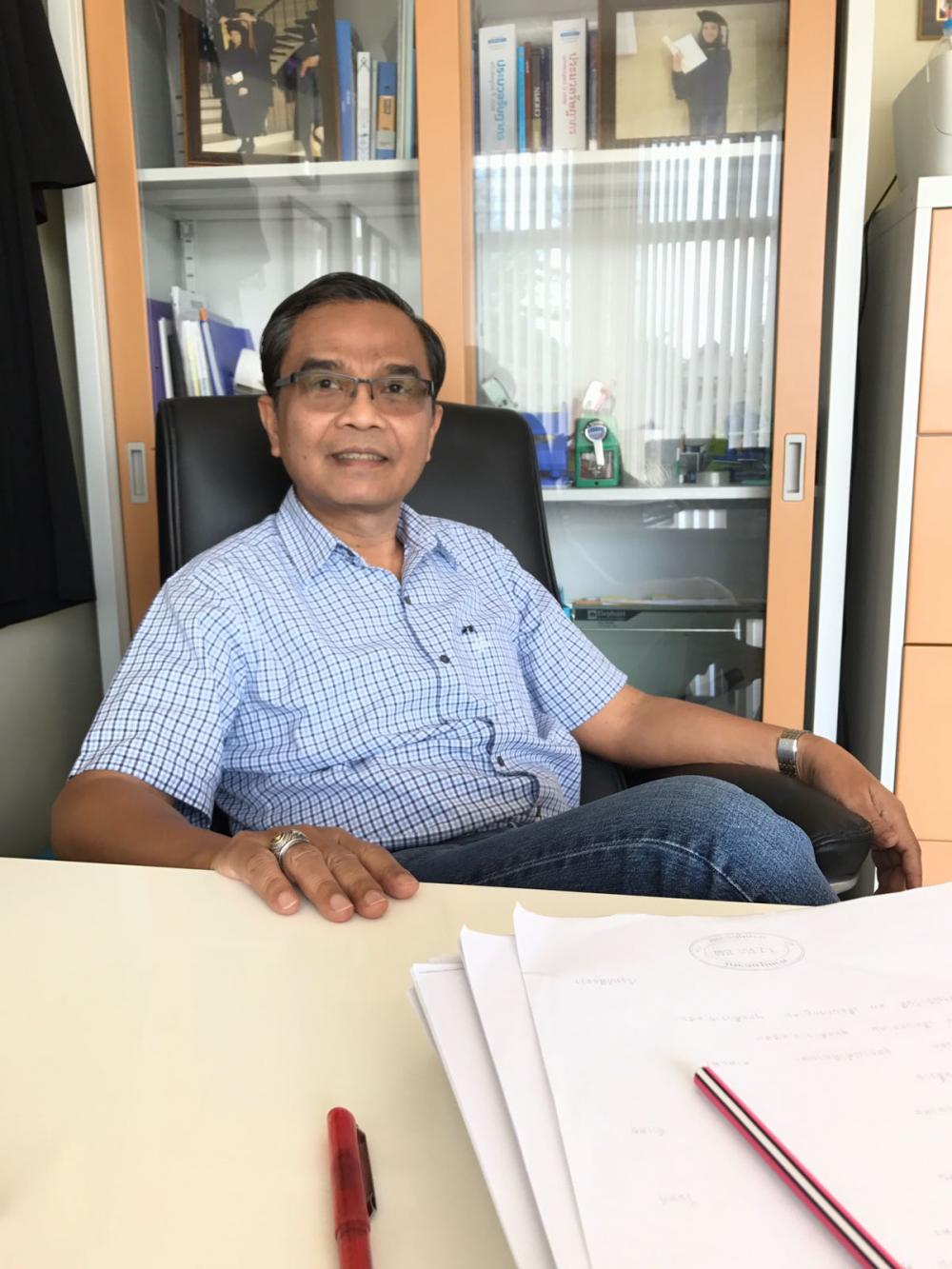 "It is a huge issue. I'm afraid the government will crumble because of the so-called 'left-over' vaccines," he wrote on Facebook.

According to political observers, it does not matter if the Covid-19 vaccines given to police were "leftover", "extra" or "spare" doses.

In the current situation of finite supply, the question has to do with whether recipients are in priority groups who need the vaccine jabs the most and it is best for the government not to mess it up.