No bail for protest leader 'Penguin' with Covid-19
Thailand
Politics

No bail for protest leader 'Penguin' with Covid-19

Thanyaburi Court on Wednesday rejected a bail request for Parit "Penguin" Chiwarak and seven others charged in connection with a protest in front of the Region 1 Border Patrol Police headquarters in Pathum Thani's Khlong Luang district on Aug 2.

Lawyer Krisadang Nujaras said the court argued there was no reason to reverse the detention order.

The lawyer said he believed they contracted the virus while in detention as they tested negative before being detained. 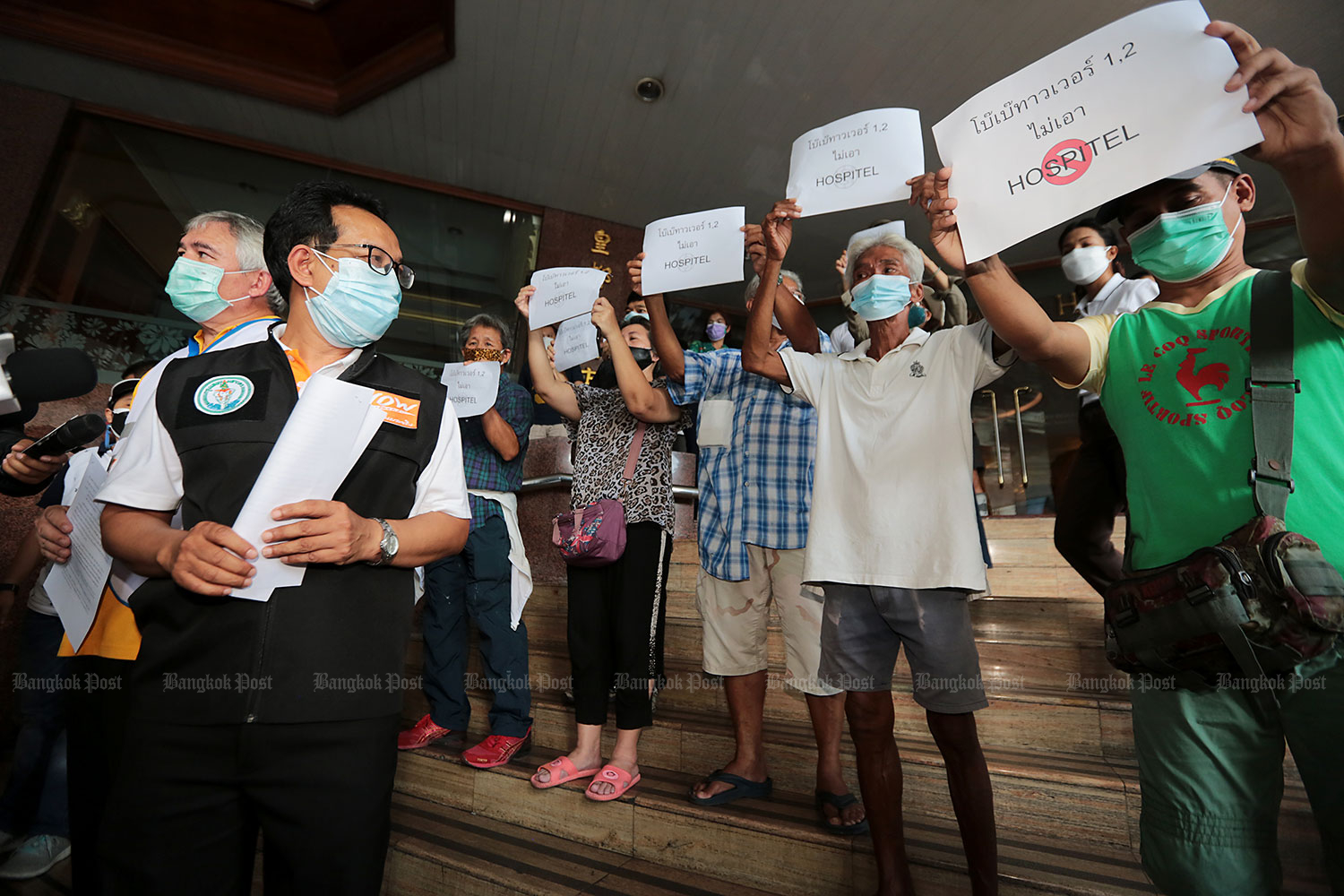 Hospital anxieties: People hold up placards opposing a plan to convert a hotel connected to Bo Bae Tower (BBT) in Pomprap Sattruphai district into a hospital to take Covid-19 patients. The residents fear infections could spread as the hotel has access to the BBT, a leading wholesale market. (Photo: Chanat Katanyu)

He said prison officials have also turned down a request to transfer the trio to Thammasat University Hospital for treatment.

Meanwhile, the Corrections Department yesterday gave details on the health condition of the protest leaders.

According to doctors, Mr Parit had a headache, coughed phlegm, and body aches for three days.

However, his vital signs and the amount of oxygen in his blood were normal.

His breathing was normal and he was able to eat and sleep normally.

Mr Parit is categorised as a yellow-coded patient with no severe symptoms as he weighs over 90kg and has asthma as an underlying health condition.

Doctors have administered him with Favipiravir, asthma relief inhalers and other medication for symptomatic treatment, Mr Thawatchai said.

Mr Sirichai is categorised as a green-coded patient with mild symptoms, and he has been given Favipiravir, Mr Thawatchai said, adding the same diagnosis was given about Mr Promsorn.

All three have received close medical attention, he added.