Senators to decide on 2-ballot system

The fate of the government coalition's charter amendment bill remains uncertain as the support of senators could go either way on Friday in the Senate.

The bill requires the support of at least one-third of the Senate, or 84 senators, to pass its third and final reading.

However, a Senate source on Thursday said most of the 250 senators, particularly those who were appointed by the coup-makers, were waiting for instructions on how to vote on the bill. 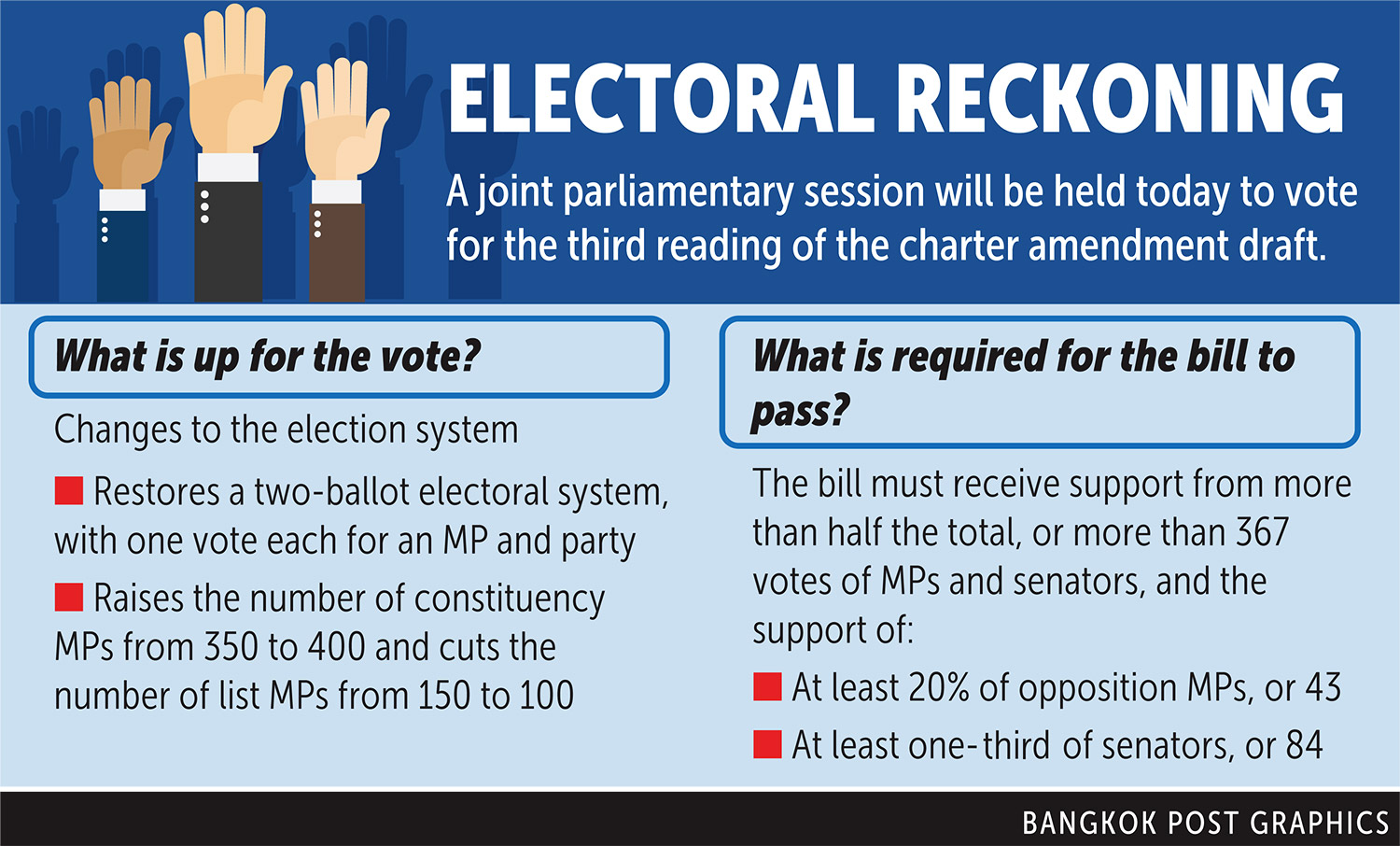 The source believed they will be encouraged to vote against the bill, which seeks to restore the kingdom's previous two-ballot voting system. If the bill fails the current single-ballot system would stay in place.

Capt Thamanat was removed from his deputy agriculture minister post by Prime Minister Prayut Chan-o-cha on Thursday, the source said. A faction of at least 25 MPs is expected to leave the ruling-Palang Pracharath Party to form the Phayao Party with Capt Thamanat, the source said, noting the group has a political stronghold in the North.

If the two-ballot system was restored, it could help the new party win up to 50 House seats in the next election, and have enough support to join forces with the Pheu Thai party to challenge the PPRP, the source said. Then, the House would likely dissolve next year because the government would face mounting pressure from inside and outside of parliament for an election, which could lead to the downfall of the PPRP, the source said.

However, another Senate source said its members may decide to vote in support of the bill as it could still give the PPRP an advantage in the next election.

Senators are still allowed to vote independently, and the bill only requires the support of at least one-third of the Senate, or 84 senators, to pass, the source said.

"Gathering support is not difficult, though no signal has yet been given as to what to do," the source said. "But there will be coordination before the session begins today."

The source said about 120 senators are former senior military officers who will wait for instructions. "Without a signal from those in power, the bill would not have passed the first and second readings," the source said. "Those in power are convinced the PPRP will still have an advantage in the next election."